The Rose Latte Is The Unicorn We Deserve

The rose latte served up at Grace Street in NYC. (Photo by Scott Heins/Gothamist)

Last year the early stages of what could have turned into a very expensive habit began to form, as I purchased $5 glass bottles of rose water on weekly basis for two weeks. Rose water is very good, and does not taste like potpourri or your grandmother's perfume, as some unfortunate souls seem to believe. I don't know how to explain the flavor, exactly, but it's more of a crisp floral refresher. Anyway, it is goddamn delicious. Put rose water in everything, I say.

And now it appears they are. A trend by any other name would... probably just get you a lawsuit, after all. 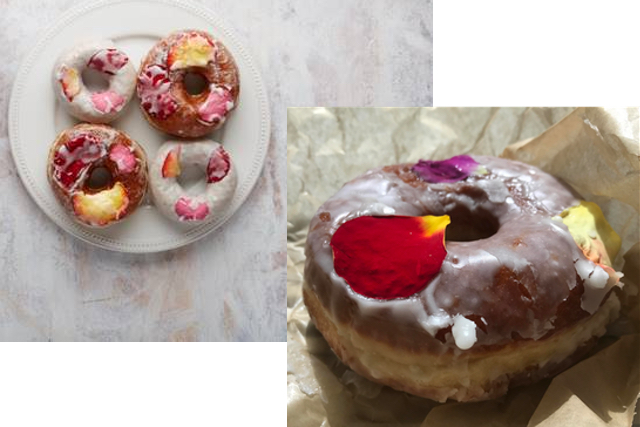 Doughnut Plant just announced two versions of a rose water doughnut (which you can only get through FoodKick); at least one ice cream shop in NYC offers a rose flavor; and recently LAist reported on a rose latte being served up in Los Angeles. It's made with rose petals that are left to steep for three days in a cane sugar and water base, which is then added to milk and Klatch Coffee espresso, and topped with an edible rose petal and a dusting of rose powder. 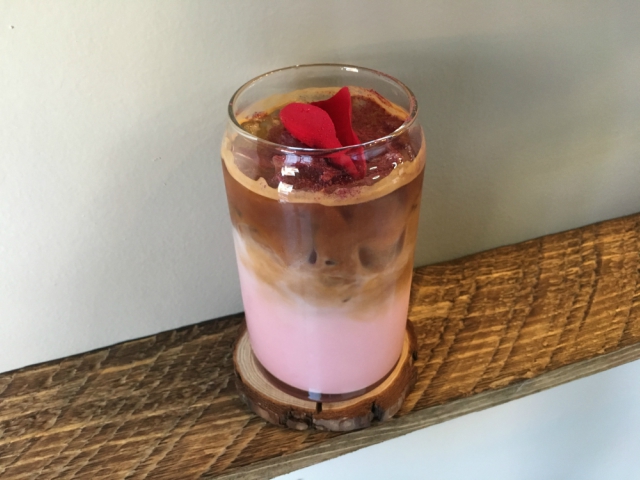 After seeing that, I immediately began my search for a similar version of this rose latte in NYC, but have so far come up short. It appeared that Cafe Grumpy sold a rose latte with a coffee base, but when I dropped by this week I was told they are no longer on the menu.

🌹☕NYC Coffee Shops: Please accept my challenge to create rose lattes, with coffee, both hot and iced. Thank you.🌹☕ 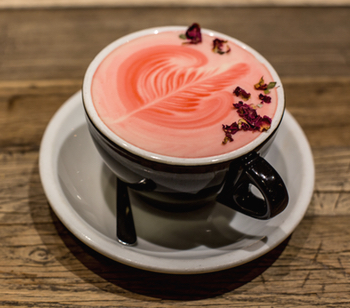 In the meantime, it was recommended that I try out Grace Street's rose latte in Koreatown, which has a tea base. A manager there told me that the official name is the Rose Petal Milk Tea, and it's made with the following ingredients:

This rose latte, or whatever you would like to call it, was one of the best things I've ever had to drink in my entire life. The tea flavor definitely comes through, as does the rose, and while it's a little on the sweet side (for someone like me who doesn't love sweets), it wasn't sweet in an overpowering way. Bonus: the price is a pretty reasonable $4.82 before tax ($5.25 after tax).

#grace street
#lattes
#rose
#rose latte
#rose water
#original
Do you know the scoop? Comment below or Send us a Tip