The Relentless Reign of Rachael Ray 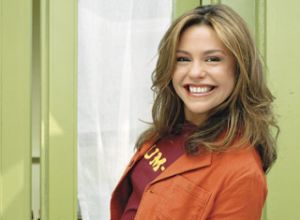 Guys, it’s Rachael Ray’s world, we just eat in it – this was verified by Time Magazine when the Food Network host was declared one of the 100 people who “shape our world” last year. And now that world will continue turning for at least two more years; it was announced yesterday that Ray’s contract has been extended beyond the Bush administration.

That means at least 120 more episodes of her daytime cooking show, 30 Minute Meals, as well as the premiere of a new show, Rachael’s Vacation that – mark your calendars, guys! – begins airing January 12 at 9pm. The series will follow the militantly perky star as she “discovers the distant cities, countries, foods, and lifestyles that continue to amaze and excite her. Viewers will experience the hip, fun, and funky places she loves,” like “shoe stores, street fairs and bookstores.” So basically it’s Rachael Ray on $400 day.

Whether you love her for her approachable, folksy recipes or loathe her for her cutesy attitude and her déclassé cooking, it’s time to face facts: Ray is here to stay. She is an unstoppable, multi-platform media phenomenon. Ray will bury us all, in a pauper’s grave costing less than $40, with a ceremony finished in under 30 minutes. Food at the wake will consist of delish Chicken Curry in a Hurry and yummo Iceberg Lettuce Chopped Salad with “French Dressing”. (Yes, there is actually a recipe for that.)

#bush
#chicken
#food
#food network
#fun
#love
#media
#people
#rachael ray
#time magazine
Do you know the scoop? Comment below or Send us a Tip
A new Gothamist is coming! We’ve moved comments over to our beta site. Click here to join the conversation and get a preview of our new website.