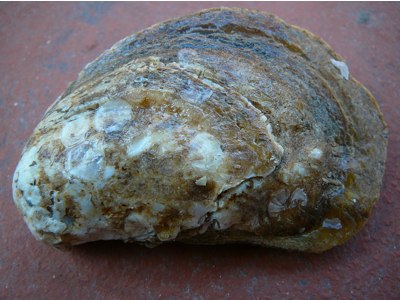 Sunday’s Times reported on the progress of an unusual marine biology project/art installation taking place in the East River: the Electric Oyster Experiment, designed to speed up the reintroduction of oysters to local waters with the help of solar electricity, and sculpture provided by Brooklyn-based artist Mara Haseltine. Here’s the premise: electrified, submerged helical sculptures provided by Haseltine spur the production of limestone rock, shown through research to be a protective environment for wayward oysters that might otherwise have a hard time surviving. The project started at the beginning of the month; the Times reports there are currently 700 oysters growing in College Point. The folks behind the Electric Oyster Experiment have set a short-term target of 2,000 oysters; at some point in the future, the oysters will be harvested and used to seed other tidal areas around the city.

Oysters do a lot of dirty work. A healthy oyster can filter around 50 gallons of water a day, removing algae and pollutants introduced by sewer system runoff. The more sediment that is removed from the water, the better chance aquatic vegetation has of living a healthy, normal life. This ultimately leads to cleaner water. The waterways surrounding New York are home to several small “oyster gardens” in addition to the Queens-based Electric Oyster Experiment, including the Oyster Garden Stewards of the Gowanus Canal. While the goal of these projects is oyster water filtration, and not oyster consumption, the tacit notion accompanying all of this is that one day in the future, our waters will be clean enough that we’ll be able to eat the things that grow in them. Maybe.

Oysters once played an epic part in New York City’s history. Mark Kurlansky’s The Big Oyster: History on the Half Shell recounts the bivalve’s glory days, as well as its down and out times here. In 1880, after a retooling of New York City’s indigenous oyster reefs, area beds produced a combined 700 million oysters. At one particularly bright time, oysters were a great culinary equalizer, eaten by both the rich and poor, affordable to all. There were once 350 square miles of oyster reefs in the waters surrounding Manhattan.

The way all of this relates to the "weird food" phenomenon that is Kool-Aid pickles, other than it completely justifies the headline above, can be found in this essay at the Toronto-based food blog Hungry in Hogtown. Like the development of oysters in their pre-delicacy days, Kool-Aid pickles are an example of creativity intersecting with necessity. Just as a bunch of oyster recipes invented in the last century propelled the ingredient to popularity, the combination of two cheap and common ingredients- powdered drink mix and dill pickles- stands a chance to transform our current culinary landscape. Millions of oysters once taught us how to use what we were given, and the essay suggests that the same is true for Kool-Aid pickles, at least in Mississippi. When it comes to food, there may not even be a better reason to try something new.