The Best Soup Dumplings In NYC

All dumplings are delicious, but soup dumplings are undoubtedly the best kind, since diners get to have their soup and eat their dumplings, too. Officially known as xiao long bao, these explosive Shanghainese buns have taken New York by storm in the last two decades. And for good reason, because I can't think of a better and more fun dish than a bamboo basket filled with these puppies. Here are the best versions in the city, and feel free to leave your favorites in the comments. 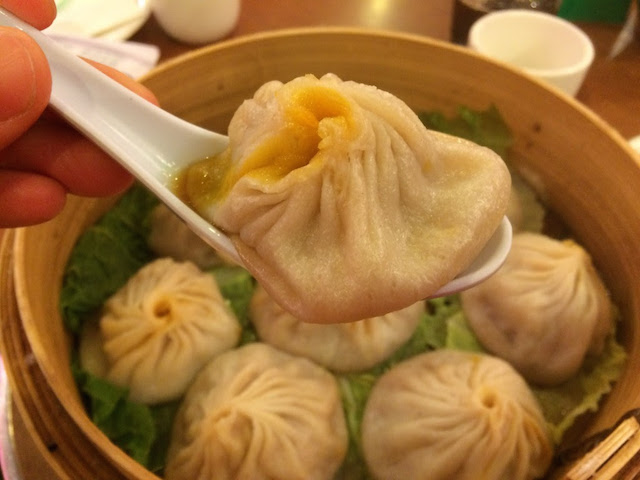 JOE'S SHANGHAI: We have to get this out of the way. Joe's is by far the most popular place for soup dumplings and a rite of passage for anyone who has never tried them. It's probably not the best place in the city, but it's a good place to start. The giant buns ($8.25) are filled with a rich, fatty soup that is so thick it's almost a stew. The crab meat is plentiful and even though these are listed under appetizers, they're most people's main course. 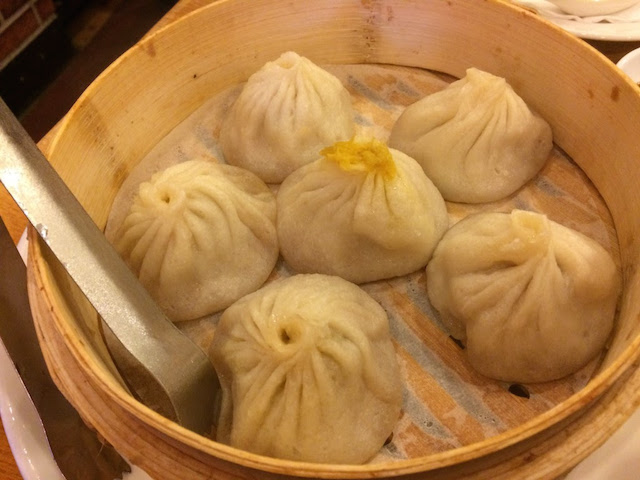 NAN XIANG XIAO LONG BAO: Nan Xiang, named for the region where xiao long bao are said to have originated, is legendary when it comes to Flushing's soup dumplings. Long lines at prime time speaks to the fact that their namesake dish is legit. A thicker skin provides a bit more cushion for the soup, but when it's burst open, a nice balance of crab and pork is revealed with a savory and eggy broth. The open kitchen here also gives you the chance to watch the buns ($5.95/$6.95) being steamed. Some have complained the quality has suffered in the face of popularity, but I still find these explosively delicious. 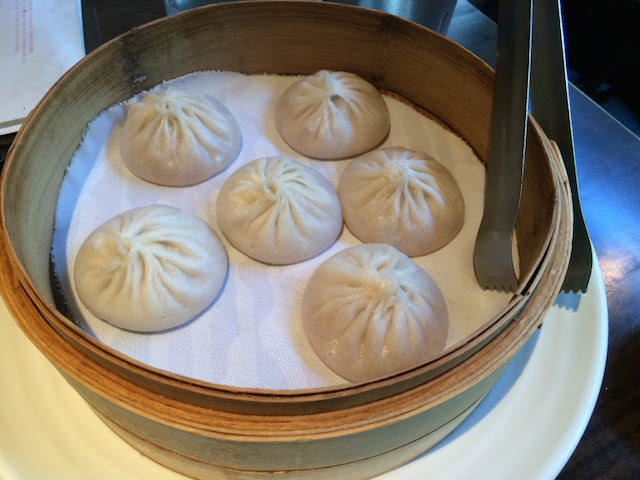 THE BAO: This crowded East Village haunt is so dedicated to the soup dumplings, they even named themselves after the dish. The Bao is a sister restaurant to another Shanghainese restaurant in Flushing and features a wide range of soup-filled buns. Their repertoire ($7.95-$9.95) includes crab meat buns, super spicy options, ones spiked with wasabi, and bursting molten chocolate dumplings for dessert. 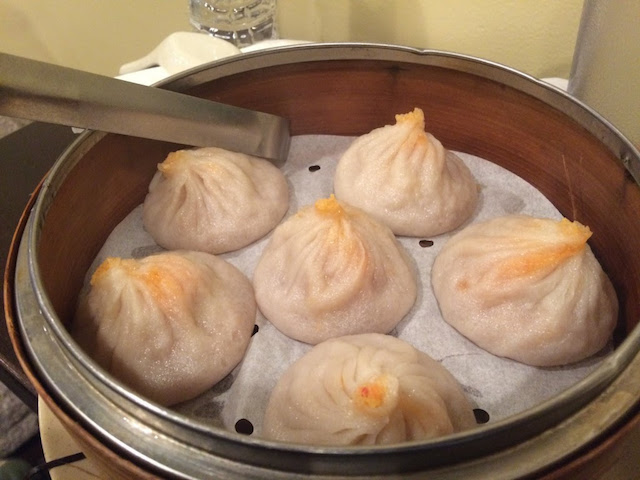 KUNG FU LITTLE STEAMED BUNS RAMEN: This little storefront on Eighth Avenue can get quite crowded, but it is the perfect antidote to the Midtown blues afforded by places like Applebee's and Guy's American Kitchen. Overseen by a former chef at Lan Zhou Handmade Noodle in Flushing, Kung Fu offers takes on the original Chinese-style ramen, lots of little dim sum bites, and some of the best soup dumplings in Manhattan. In addition to the usual pork and crab fillings ($7.95-$9.95), they also offer ones with shrimp, pork, and Chinese okra. 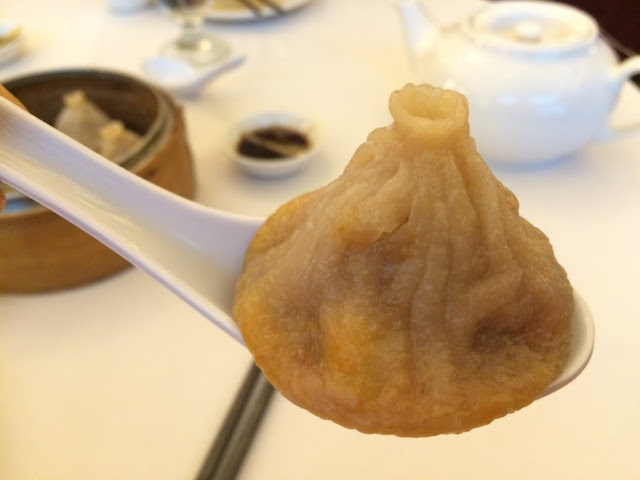 PACIFICANA: Primarily known as a dim sum cart palace, this huge banquet hall also has an a la carte menu, which is where you'll find the xiao long bao. Stuffed with crab and an awesome rich soup, these are a bit more refined than the rest. They come in orders of 4 or 8 and while the price will run you a bit higher than the others ($5.95 or $12.95), they are well worth the splurge. Be prepared to wait for a table on the weekend or dine alone in a giant space if you come during the week. 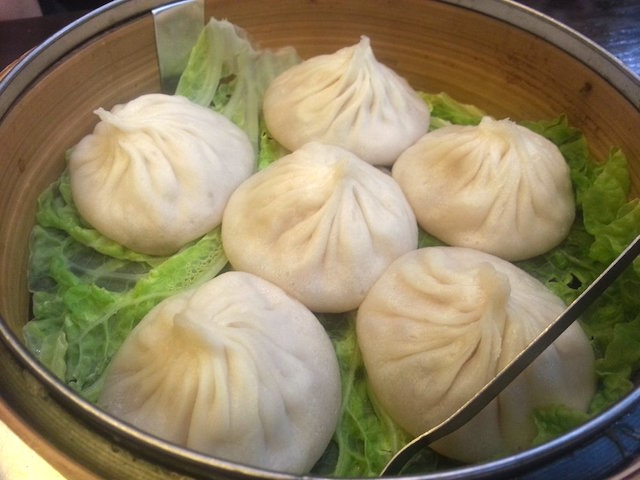 SHANGHAI CUISINE 33: This clean, quaint Chinese restaurant, located further down Main Street and away from the major congestion of Flushing, is a regular lunch spot for nearby hospital workers. They also happen to cook up some of the best soup dumplings ($4.95/$6.95) in Queens. The thin, fragile wrappers hold a wonder of crab and pork flavors with a light, delicate broth. Extra points for the lettuce underliner, which makes them easier to handle than the usual paper. 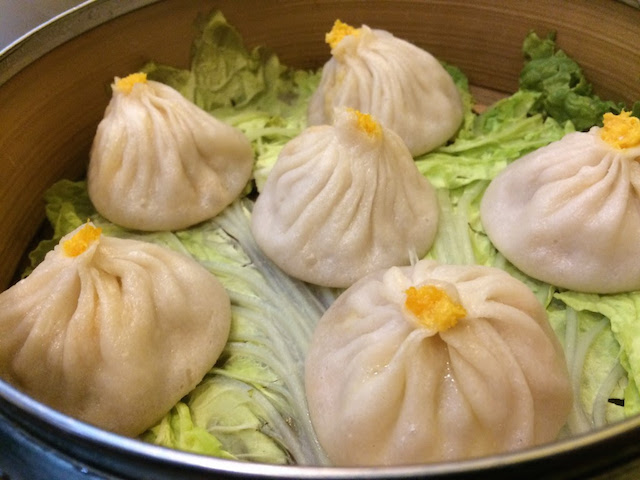 SHANGHAI CAFE DELUXE: It's often difficult to distinguish the Shanghainese restaurants in Chinatown from the others, as they all have rather generic names with Shanghai in its title. This one, decorated with futuristic neon lights, is certainly one of the best and serves as an excellent showcase for one of Shanghai's most famous foods. The xiao long bao here feature a tender, pliant wrapper that is very easy to break. The interiors are loaded with soup (maybe the most of any on this list) with a savory, rich pork and crab filling.

Shanghai Cafe Deluxe is located at 100 Mott Street between Hester and Canal Street in Chinatown (212-966-3988, shanghaicafenyc.com). 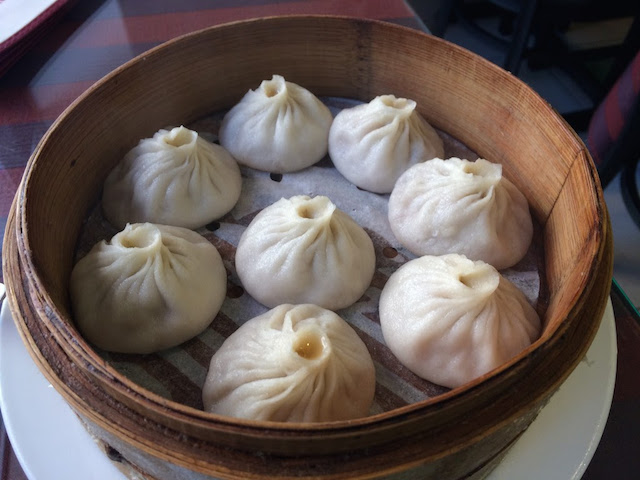 21 SHANGHAI HOUSE: This is one of the newer entries to the popular Shanghainese restaurant competition in Manhattan's Chinatown. It's located a bit away from the tourist destinations around Mott Street and Canal and provides a somewhat more tranquil setting. The offerings here are one of the better values in the area as well, at $6 for a basket of 8 dumplings. They're smaller and more compact, but they hold a ton of flavor. The pork meatball inside is excellent and the broth surrounding it is a bit more delicate and light. While some may complain they are too small, I find them the perfect size to fit on the spoon before everything spills all over my lap.

21 Shanghai House is located at 21 Division Street between Catherine and Market Street in Chinatown (212-226-8998, 21shanghaihouse.com). 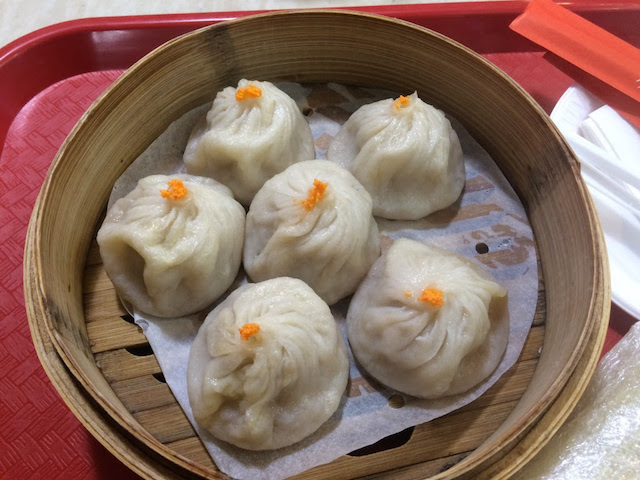 SHANGHAI DUMPLING HOUSE at FEI LONG MARKET: Many food obsessives have traversed the subterranean food courts of Flushing, but Fei Long Market in Sunset Park is mostly undiscovered. It's here among stalls hawking pig parts, noodles, and even sushi that you'll find the borough's best soup dumplings. This unlabeled food stand steams bao with a variety of combinations of Maryland blue crab, crab roe, and ground pork. Their soup is a little sweeter than most, which provides a nice contrast to the richness of the broth. All the flavors are so well pronounced that the accompanying soy sauce proved unnecessary.

ANNISA: It was only a matter of time before someone took an affordable dish and figured out how to charge a lot of money for it—this is New York, after all. Famed Chinese-American chef Anita Lo makes a super luxurious version of soup dumplings by adding foie gras. The buns not only have foie mousse and jicama, but a decadent complex broth of pig's feet, chicken, and duck with some Chinese vinegar and ginger. It's super splurgy at $28 for 3, but you can order them one by one at the bar and a beautiful garnish of seared foie gras helps justify the price.

Annisa is located at 13 Barrow Street between West 4th Street and Bleecker Street in the West Village (212-741-6699, annisarestaurant.com).

And see below for a look at how to properly consume these delicious dumplings without burning off half your tastebuds:

#best of gothamist
#soup dumplings
#original
Do you know the scoop? Comment below or Send us a Tip