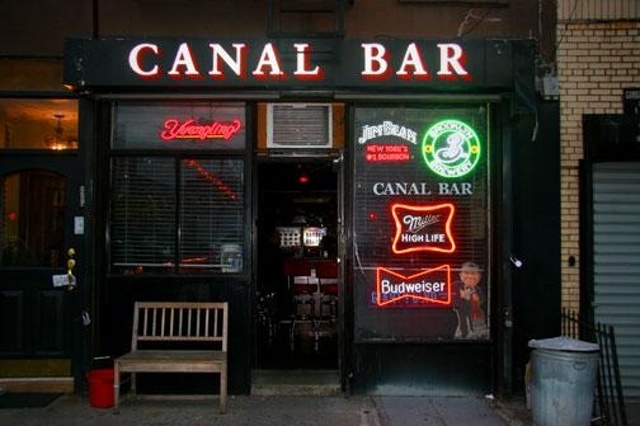 CANAL BAR: We've been told this Gowanus dive, named after the neighborhood's most charmingly toxic attribute, can be "downright scary." But, hey, that's the real price you pay for a cheap draft, right? Nightly drink specials include $1 off all drafts on Mondays and $6 beer-and-shot deals on Thursdays. Canal Bar's also got a couple TVs airing seasonal sports, and they spring for the MLB package in the summer for out-of-town teams. Bonus points if you're a Bears or Cubs fan: they air Chicago games on Sundays, when all well drinks are $4 and bloody pints are $5.

ALIBI: Dive bars have a certain set of requirements, like $5 Guinness, dim lighting reminiscent of the back room at a pre-Giuliani era Times Square sex shop and musty, graffiti-covered bathrooms that have probably seen better days. Fort Greene's Alibi serves up all the requisite fixings, along with a pool table, Big Buck Hunter III, bad movies looped in the background and an insane happy hour deal usually consisting of pretty much all drinks for $3 or $4. Alibi's best in the summer when Pratt students aren't hijacking the jukebox, but if you're in the 'hood it's still worth checking out year-round. 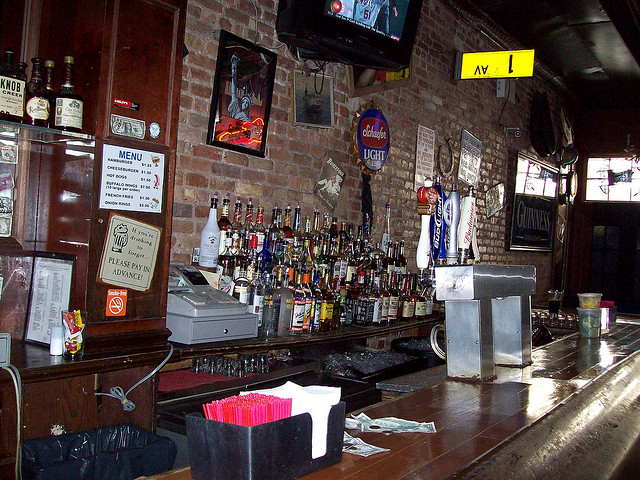 The dive-y goodness of the Patriot, courtesy skyliner72's flickr.

THE PATRIOT: Few things scream DIVE louder than $2 PBRs, scantily-clad female bartenders and the dulcet twang of Lynyrd Skynyrd streaming from the jukebox. Enter, the Patriot: this country western-themed Tribeca saloon's decked out with crocodiles, surfboards, lady undergarments and American flag decals hanging from the ceiling, along with awesome drink deals like $3.50 Wild Turkey shots and beer pitchers for under $7. Plus, our own Tien Mao says he once saw a bartender pull out her breast and let a customer grab it for a buck, so there's always that, we suppose.

THE DUCK: Owned by the blessed souls behind the Patriot, this East Harlem spot's got an abandoned room in the front that leads to a dank, grimy, dive-tastic bar complete with a pool table and an ancient Mortal Kombat machine. $2 cans of PBR or, for a classier brew, $3 cans of Coors Light, and pitchers are about $6.50. Plus, the jukebox is well-stocked with sweet country hits, and if you're lucky you might get to hear the owner, who lives upstairs, bang on the ceiling with a broom if and when the music stalls.

LUCY'S: The East Village is starting to double as New York's own fraternity row these days, so it's nice to know there are still some dive strongholds scattered amid the Penny Farthings and Village Pourhouses. Owner Lucy Mickevicis is one of our favorite barkeeps in the city, serving up $3 PBRs, $5 beers on tap and buyback whiskey shots inside her red-lit space. Lucy's also got a couple (free!) pool tables, a pinball machine and a jukebox filled with classic rock, plus a pretty laid-back clientele, at least for the area. 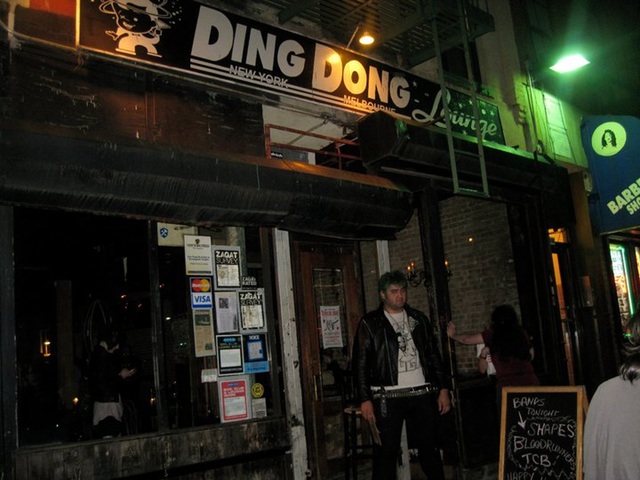 DING DONG LOUNGE: We've extolled Ding Dong's dive-y virtues before, but this Upper West Side bar's still still got it. It's close to Columbia, but don't expect a lot of campus kids hanging around, because Ding Dong's decidedly a no-frills punk-ey spot that's dirty in all the right places. There's a nightly $6 beer-and-shot deal, daily happy hour that runs 'til 8 p.m. and includes $2 beer cans, $4 drafts and $5 well drinks, plus you can sometimes catch a couple sets from a local garage band.

#best of
#best of gothamist
#brooklyn
#dive bars
#east harlem
#east village
#fort greene
#Gowanus
#manhattan
#tribeca
#Upper West Side
#original
Do you know the scoop? Comment below or Send us a Tip