The Best Bloody Marys In NYC

Nothing smooths over a hangover better than brunch and a well-balanced Bloody Mary, but if you're not careful, you could find yourself facing a $10 ice-filled glass of Worcestershire sauce that does little to temper your raging headache. Luckily, this city's got its share of stellar, unique Bloodies to help get you back on your feet, before promptly knocking you back off of them. Here are a few of our favorites, and as always, leave yours in the comments: 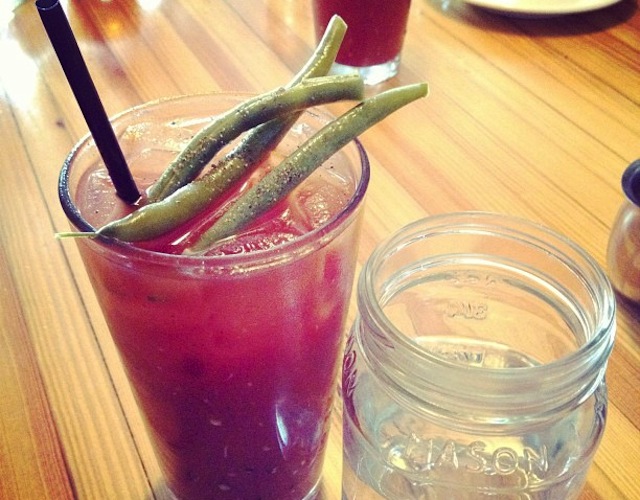 THE BROOKLYN STAR: We've highlighted this Williamsburg Southern-style spot's massive fried brunch meals before, but the real star of the show is the Bloody Bull ($11). The cocktail's made with all the classics—vodka, thick tomato juice, bloody mary spices—but an added dash of beef broth and a few pickled greenbeans gives it such a memorable kick, you could probably sub it in for a full meal of chicken and waffles.

The Brooklyn Star is located at 593 Lorimer Street at Conselyea Street in Williamsburg, Brooklyn (718-599-9899, thebrooklynstar.com). 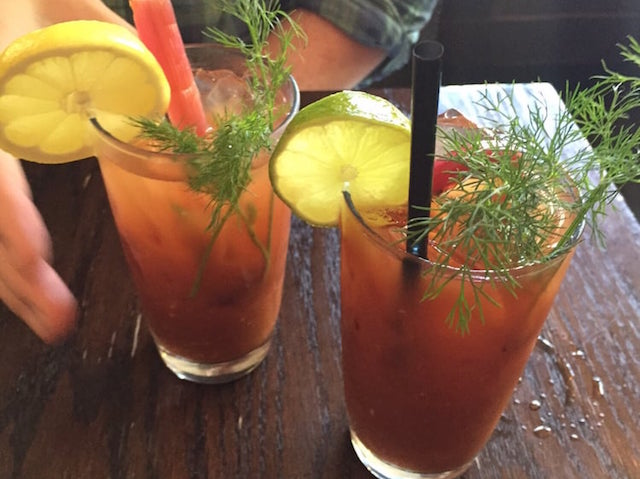 JAMES: This Prospect Heights bistro serves a pretty standard classic bloody for $12, but adventurous drinkers need to check out the fiery Bloody Maria (also $9), served with jalapeño-infused tequila. Try not to make any plans for the rest of the day. 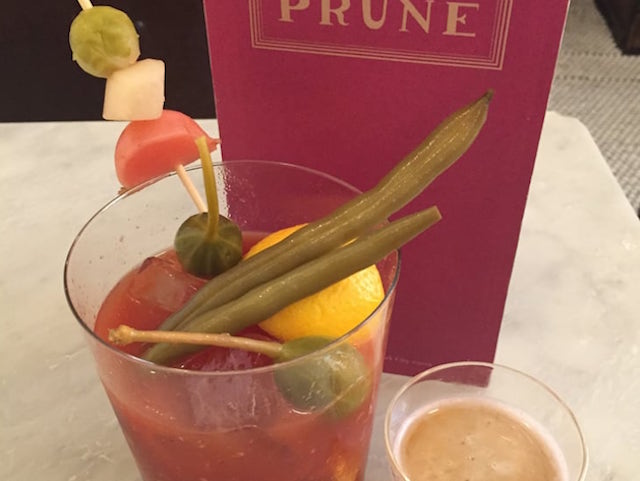 PRUNE: This East Village mainstay is so jazzed about the Bloody, they offer 10 versions on their brunch menu for $15 each. There's the Green Lake, done classic with Tito's vodka, a splash of wasabi and topped with a beef jerky swizzler; the Danish, made with Aqua vit, fresh fennel and marinated white anchovy; and the extra snazzy Chicago Matchbox, made with lemon vodka and dressed with pickled brussels sprouts, baby white turnips, caperberries, green beans and radishes, to name a few. 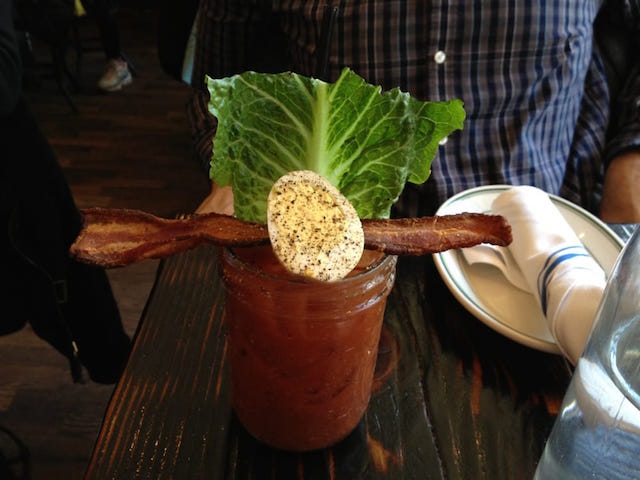 BLOODY BLT AT JACOB'S PICKLES: If you're willing to brave a small lifetime on line, this extremely popular Upper West Side brunch place serves a pretty feisty Hair of the Dog. This $13 monster comes served in a Mason jar (of course), and is topped with a strip of bacon and half a jalapeno-pickled hard-boiled egg—a stalk of romaine completes the picture. Not the whole thing tastes pretty good when paired with the bar's signature Southern biscuit sandwiches and a couple sides of pickled veggies. 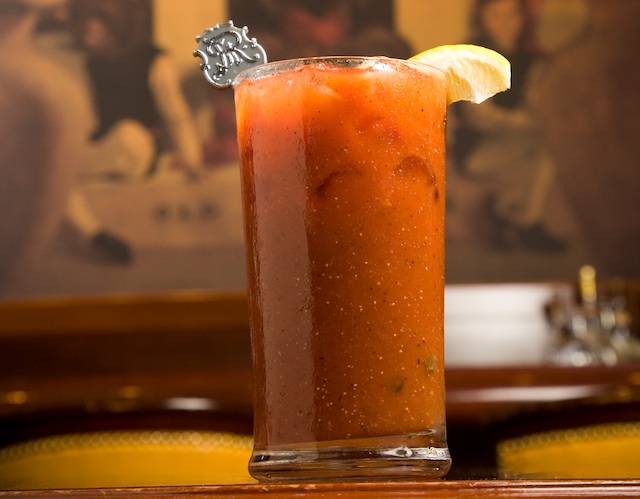 KING COLE BAR AT THE ST. REGIS: The recently-renovated King Cole Bar is considered the birthplace of the Bloody Mary, introduced to the world in 1934 by bartender Fernand Petiot as the "Red Snapper," or so the story goes. Now, the bar serves their Snappers at $25-a-pop, but they come with tasty gourmet nuts, wasabi peas and a slice of history to temper that high price, plus you've got old King Cole, as painted by Maxfield Parrish in 1906, watching over you while you drink it. 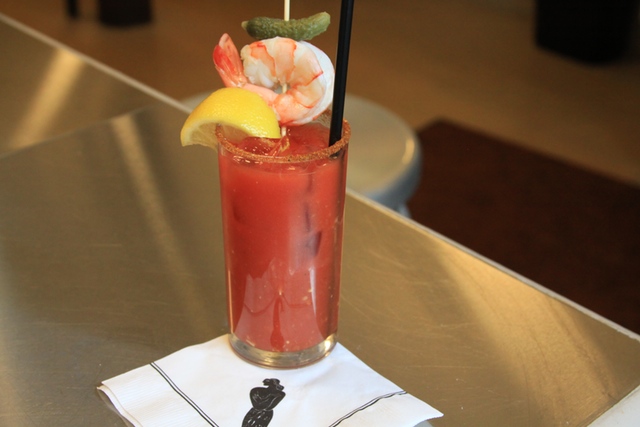 MERMAID OYSTER BAR: It might just be the happy hour deal that draws us to the Bloodies at the Mermaid Inn's Greenwich Village oyster spot offshoot. But from 5 to 7 p.m. Tuesday through Thursday, 4 to 7 p.m. Friday to Saturday and all night Monday, the bar serves spicy, thick $8 Mermaid Marys doused with Old Bay that pair perfectly with $1 oysters. Stick around post-drinking for those hefty lobster rolls ($29) served on buttery brioche buns, too.

LOBSTER JOINT: Lobster. Claw. Bloody. Mary. There's not much else to say about this decadent cocktail, which is served in a pint glass with enough accoutrements to sub as a meal—if you aren't indulging in a basket of Fried Clam Strips ($10) or a buttery Connecticut Lobster Roll ($21). The enormous Lobster Claw Bloody mary ($12) comes topped with celery, olives, a pickle and, yes, a perfectly tender crustacean claw. 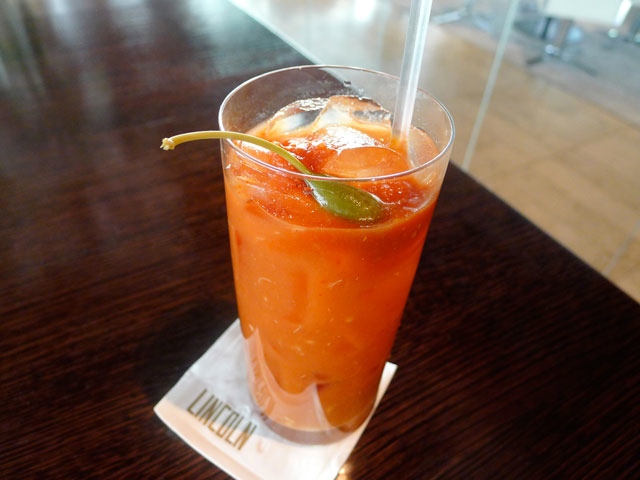 Lincoln Ristorante: With its floor-to-ceiling windows looking out over Lincoln Center, this Upper West Side Italian restaurant is already an elegant spot to sip a glass of wine and people watch on the plaza. Their San Marzano "Sangue di Maria!" ($15) twist on a bloody mary starts simply enough with tomato juice, lemon juice, Worcestershire sauce, fresh grated horseradish and black pepper. Then wine director Aaron von Rock gets a little wild, adding fiery Calabrian chili paste, dijon mustard and finishing with a quenelle of sauce made from San Marzano tomatos—considered to be some of the best in the world. The drink is then garnished with a caperberry as a substitution for the traditional olive. The Italian-inspired cocktail is only available at brunch, so stopping to fuel up before taking in the first five hours of the Ring Cycle might be a good option.

#best bloody marys
#best of gothamist
#bloody mary
#original
Do you know the scoop? Comment below or Send us a Tip