The Apiary Underground: Urban Beekeeper Cabal at the Four Seasons 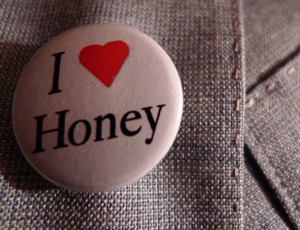 You might not expect Julian Niccolini, “flamboyant” co-owner of the Four Seasons restaurant, to be connected to the urban beekeeping subculture. After all, this is a guy who presides over the eternal midtown power lunch, and just yesterday appeared in a Grub Street post talking about $34 ahi burgers and wine at $30 a glass. But look closely at the gentleman’s photo in that post, and you can make out the impression of a lapel pin, the same one seen in greater detail here. Turns out Mr. Niccolini hearts honey.

In addition to dabbling in Sauvignon Blanc, Niccolini makes honey collected from hives on his estate in Bedford. His not-so-secret life of bees was revealed last year, and on Tuesday night, Niccolini hosted author Rowan Jacobsen’s book party at the Four Seasons. Urban beekeepers, who operate in full sunshine on rooftops, but just under the radar of the law, were in attendance. The room buzzed. When a collection to benefit Bees Without Borders was announced, a overturned beekeeper’s veil was passed around the attendees in lieu of a more traditional hat to catch donations.

That night, underground beekeeping legend David Graves said that he dislikes the “illegal” label as it’s applied to rooftop beekeeping, because it sounds like something nefarious is taking place. Saskia Cornes’ recent Edible Manhattan article, which also features Graves, details challenges faced by NY rooftop beekeepers. Graves claims Big Apple bees “work harder” than bees outside the city that never sleeps, and that “they’re up much earlier and they work longer hours.” The practice seems to be both growing and highly anecdotal, but there’s a NYC Beekeeping Meetup group out there for the curious to join.