The 8 Best Korean Restaurants In NYC

From brightly-lit K-Town to bustling Flushing, this city boasts some of the best Korean food on this side of the country. And though it's hip to turn Korean delicacies into tasty fusion street food (hi, Korilla BBQ and Kimchi Taco Truck!) your best bet is still to stick with the real deal. Here are our favorite spots to score barbecue, kimchi and the like; we know you'll share yours in the comments. 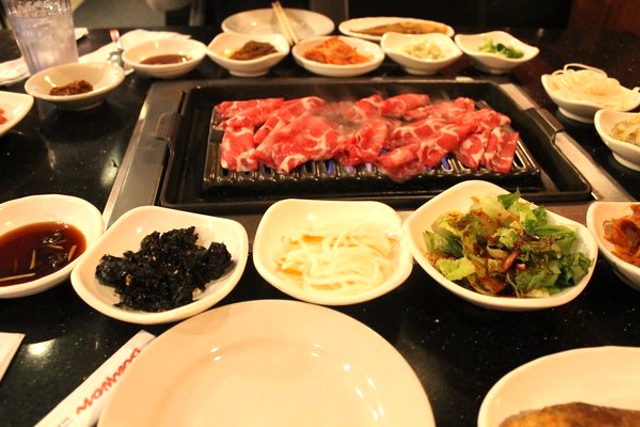 SHILLA: Shilla was one of our top barbecue picks last year, and the stellar 'cued meats and accouterments doled out at this K-Town spot make it worth revisiting. Obviously, Bulgogi ($21.95) is the classic bet here, with super tender, marinated meat served up to perfection. Another go-to dish is the Marinated Black Pork Belly ($23.95, and ask for a side of salt and sesame oil for dipping), as is the Tuck Po Ki ($10.95), a spicy rice cake stew packed with fiery vegetables. And though Korean menus can be intimidating for the uninitiated, Shilla's friendly staff will walk you through the menu, so there's no need to get overwhelmed. 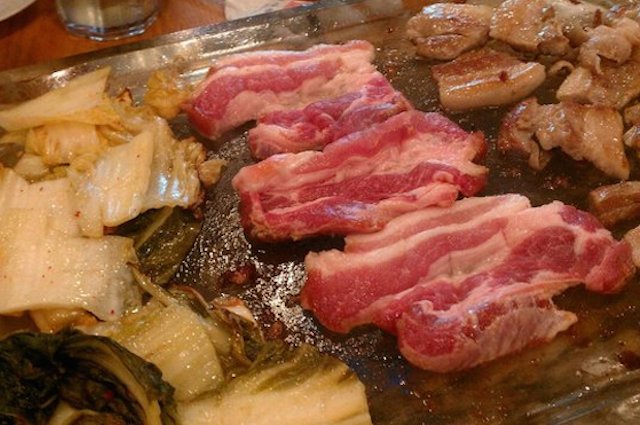 HAN JOO CHIK NAENG MYUN & BBQ: The star dish at this Murray Hill (that would be of the Queens persuasion) standout is the samgyeopsal ($18.95), a sliced helping of fresh pork belly that's delicately curled and ripe for barbecuing. You can get your samgyeopsal thinly-sliced (dae pae samgyeopsal), standard (saeng samgyeopsal) or extra-thick (kal saeng samgyeopsal); cook all that fatty goodness on a crystal grill, pair it with some kimchi and similarly barbecued vegetables and feast until you can feast no more. 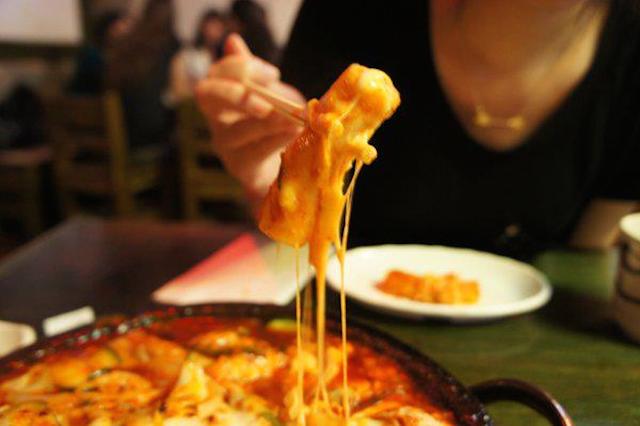 ARANG: Arang's been dishing up Korean delicacies to a late-night crowd in Midtown since 2006. And on a recent visit, we were particularly impressed with their Ddukboki-with-cheese concotions, comprised of rice cakes with various proteins all doused in American cheese. There's a Kimchi Jaeyook Ddukboki ($25) made with sauteed spicy kimchi and pork and an Ojinguh Ddukboki with spicy calamari ($25). If you prefer your rice cakes cheeseless, you can choose from a whole host of options, with add-ins including ramen noodles, seafood, spicy curried chicken and barbecued rib-eye beef. All rice cake dishes serve two people, so bring a date with adventurous tastebuds. 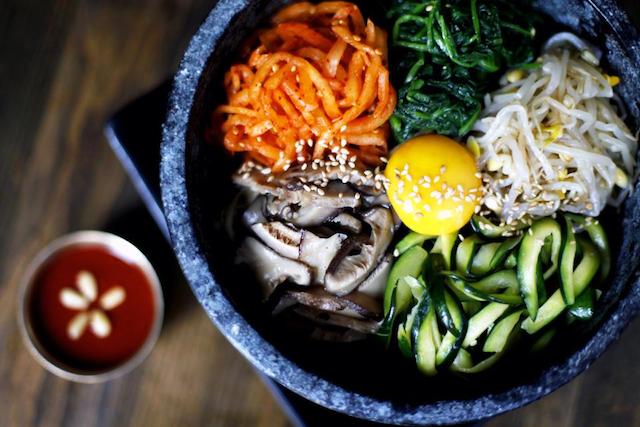 BANN: Bann is a little more upscale than some of its compatriots on this list, but the spacious eatery is well-suited for the after-theater crowd, even with its higher price tag. The barbecue here is more than worth a try, and you can score a meat platter comprised of Kal Bi (beef short rib), bulgogi, sae woo (shrimp) and yun aw (salmon) for $80; there are larger platters with filet mignon and duck breast available for $110. For appetizers, stick with the bo ssam buns, made with marinated roast pork belly ($12) or try the bulgogi buns ($12) stuffed with the specialty marinated beef. Best of all, Bann offers happy hour specials from 4 p.m. to 9 p.m. daily, with select cocktails, beers and wine running only $5, well drinks and hot sake running $6, and discounted small bites like pork belly and bulgogi buns, also only $6. 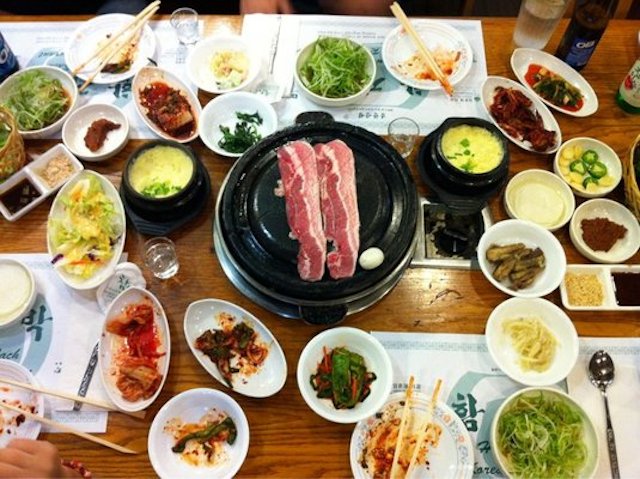 HAHM JI BACH: Hahm Ji Bach, which recently moved to bigger digs, does Flushing the favor of staying open around the clock on weekdays, with 24-hour service for anyone craving a little late-night barbecue. Indulge in the usual meats—the bulgogi dishes are particularly good here, as is the samgyupsal (pork belly) and the galbi (beef short ribs) barbecue offerings. Before you order everything on the menu, though, do note that Hahm Ji Bach does not skimp on the complimentary side dishes (banchan), so save room for veggies or expect to leave stuffed. 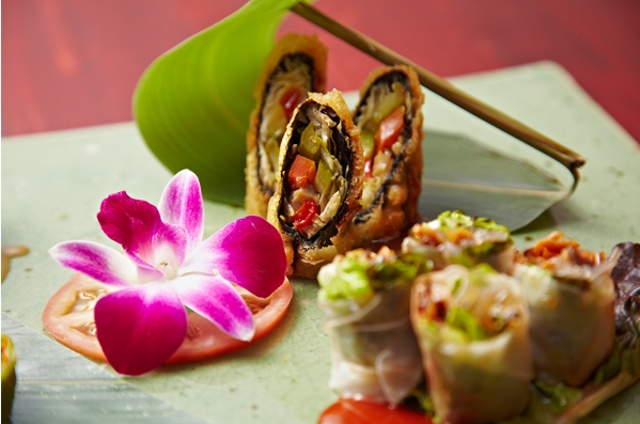 HANGAWI: If you stick to a vegetarian diet, this Midtown East spot serves up meat-free Korean delicacies that manage to outdo some of the city's finest carnivore-friendly joints. Here, those who eschew pork belly and beef rib can indulge in delectable dishes like organic bibimbap ($26), mixed rice served with vegetables, greens and/or avocado in a stone bowl. The spciy Mongolian hot pot ($19), comprised of wild bracken shoots, mushrooms and veggies cooked in a fiery, steaming broth, is also worth a try, and spectacular spicy kimchi mushroom pancakes ($13) are the highlight of the appetizer offerings. Hangawi also boasts a $55-per-person prix-fixe menu and a gluten-free menu for those in need. 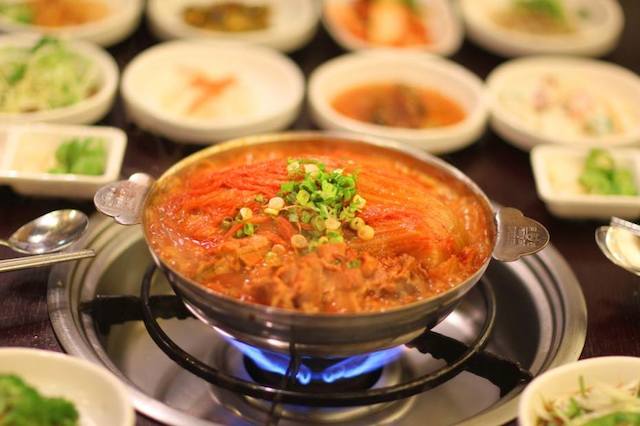 MUK EUN JI: Muk Eun Ji is known for its aged kimchi, which is highly fermented, soft and super piquant in the best possible way. In keeping with its kimchi-related fame, Muk Eun Ji has an entire menu dedicated to the orange stuff, with kimich-centric dishes including Muk Eun Ji Deungppyeo Jjim (aged kimchi braised with backbone, $16.99); Kimchi Jigae (aged kimchi stew with pork, $12.99) and Kimchi Jeon (a kimchi pancake, $16.99). You can also opt for barbecue entrees, an assortment of bibimbab dishes and a vegetarian menu. 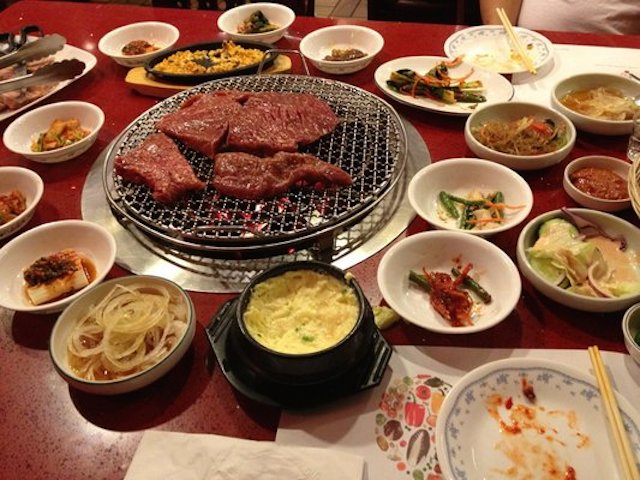 MAPO BBQ: Another Murray Hill (in Queens!) standby, Mapo BBQ rolls out perfect 10s when it comes to standard Korean barbecue fare. The marinated kalbi is particularly good, as are the short ribs and pork belly, and you'll get plenty of complimentary banchan to even out all the meat. Plus, here your dinner will be roasted on a charcoal grill, a surprising rarity in the city, and a treat, thanks to the smoky taste it'll afford the meat.