The 6 Most Scrumptious Veggie Burgers In NYC

All too often restaurants tack veggie burgers on the menu as an afterthought, an option that isn't pasta to placate the vegetarians. They are almost always terrible: flat, frozen patties with random peas and shreds of carrots embedded in their alternately too-firm or falling apart bodies. This is not how it has to be. Where's the vegetarian ramen burger? Where's the ingenuity?

They are hard to come by, and it's always a risk, but there are good veggie burgers out there. Below, a list of the Good in this otherwise Bad & Ugly world. 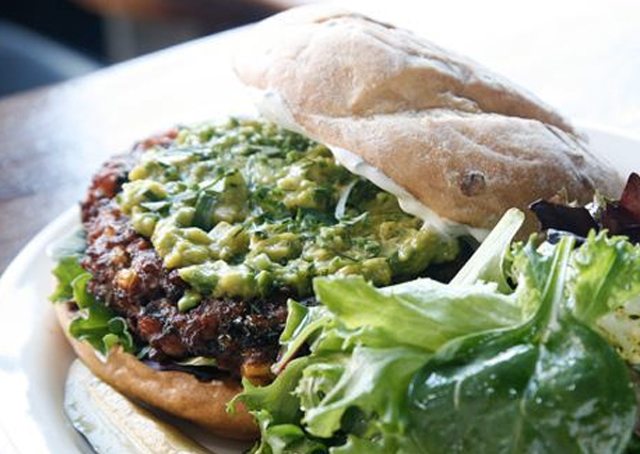 The Randolph's garden burger (Courtesy of the Randolph)

Hands down the best veggie burger I've ever tasted. On the menu it's listed under "garden burger," which is normally a tip-off that you're getting a frozen patty, but trust us... it's anything but. Served on a brioche bun this homemade veggie burger comes with coriander-feta yogurt, avocado mousse, and an egg on top (if you want). A rep at the restaurant tells us the ingredients for the house-made patty are: Soy, Quinoa, Brown Rice, Bulgar Wheat, Carrots, Onions, Crimini Mushrooms, Kale and Corn. This is available at all three of their locations. ($15)

343 and 349 Broome Street in Manhattan, and 104 South 4th Street in Williamsburg 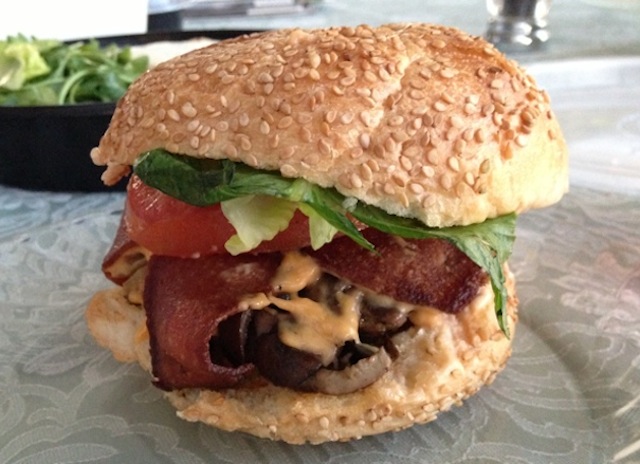 The Soy Bacon Cheeseburger is the vegetarian's (and vegan's) answer to the Bacon Cheeseburger. And it's a good one. Here they top the soy patty with vegan cheese, tomato, lettuce, sautéed mushrooms, caramelized onions and fake bacon. That is then topped with chipotle aioli sauce. What's delivered to your table is a thick, meaty and filling burger with a nice charred quality that sets it apart from its competitors. Catch: it's only available for lunch at the West Village cafe and the upscale Chelsea spots. ($13) 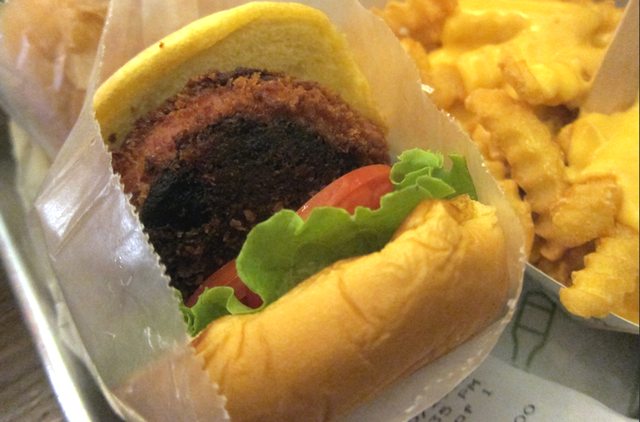 It's kind of a shame that the 'Shroom Burger isn't more mushroom-based, but when you're going to Shake Shack you aren't going for your health. This thing is constructed from a thin shell of a portobello, which is inflated with two kinds of cheese—melted muenster and melted cheddar. When it's just about ready to pop, it's fried. This seals in all 490 calories, none of which will fill you up. But goddamn, does it taste good. ($6.85)

Available at all of their locations 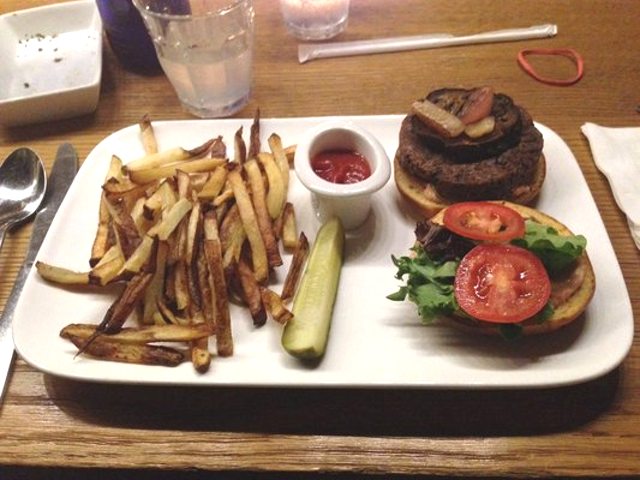 This is a vegetarian restaurant, so you know they aren't going to skimp on their veggie burger. Theirs is a crimini mushroom burger topped with a secret sauce (and cheddar cashew cheese, if you please). It's served with Brooklyn Brine pickles, charred onions, tomatoes, smoked eggplant and lettuce. As one Yelp reviewer put it, "The veggie burger here is its own magical thing that takes the idea to a whole new level." Also, the photo is deceiving; once assembled the burger measures in at about 8" tall. ($16) 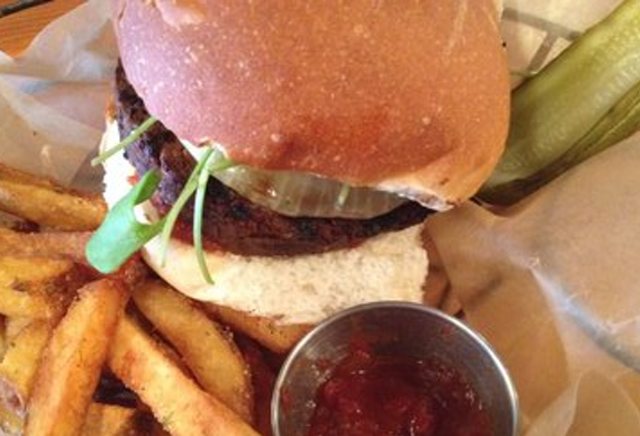 Their house-made shack veggie burger is complied from grilled vegetables and mushrooms, and comes with bread and butter pickles, aioli, and ketchup on a potato roll. Touted even by meat eaters, this is certainly one of the best veggie burgers in Brooklyn. Need some convincing? One local vegan blogger wrote, "I had long given up on vegan veggie burgers. After scouring New York City for a good veggie burger, my standards had to be adjusted lower. But Pickle Shacks’s veggie burger is out of this world. Of course, I added their vegan cheese to my burger and it arrived with a perfect grilled onion indenting the creamy deliciousness. It was everything I want out of a veggie burger: hearty, flavorful, great texture, a quality bun. Nothing frozen. A damn good burger." ($13)

Petey's has a few veggie burger options, but their most unique is the Greek Burger—comprised of spinach, mushrooms, scallions, garlic, dill, brown rice, Feta cheese and ranch dressing, served on a toasted bun (here's a photo). Their other veggie options (a Southwestern black bean and a garden medley burger) are also worth trying. ($5.50)