The 5 Best Dishes From The 2013 Vendy Awards

There wasn't a bad bite to be eaten at Saturday's Vendy Awards, which crowned the best in mobile food vending at their annual fundraiser and celebration. Sure, we love Luke's Lobster as much as the next guy, but we were equally—if not more—excited by some of the other, less-lauded options at the gut-busting event. 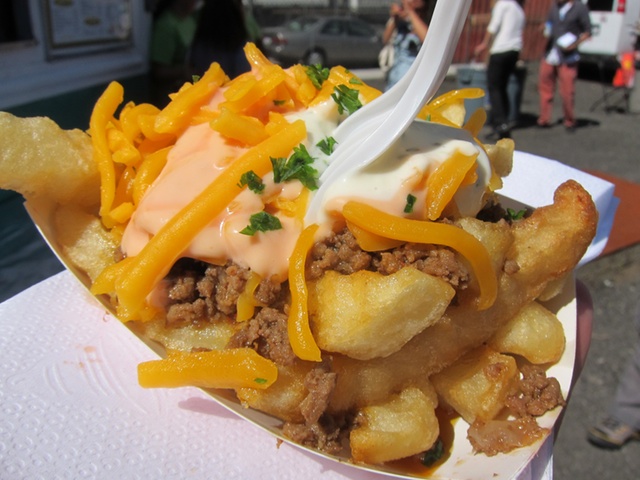 The Chipper Truck: Late-night revelers in the Bronx know to seek out this Irish-American food truck for some post-imbibing sustenance to stave off hangovers. The truck dished out two potato creations over the weekend, including their gut-busting Taco Chips, which photographer Scott Lynch dubbed Irish Poutine. A perfectly cooked haystack of crinkle fries come topped with savory ground beef, cheddar cheese, and their homemade "pink sauce," a mayonnaise-based nectar of the gods. This dish makes a serious case for getting your drink on in Woodlawn. 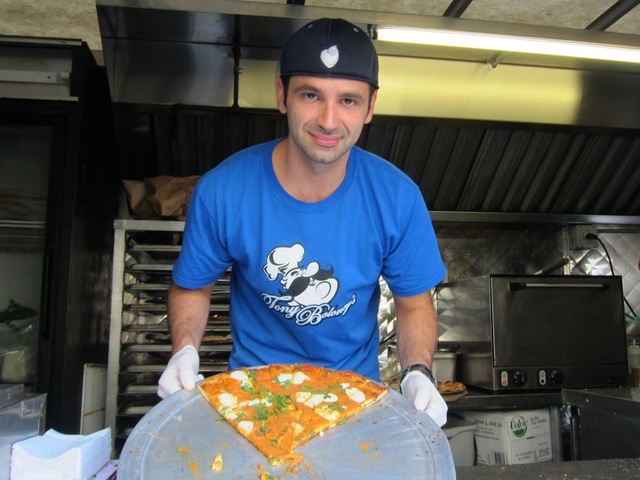 Tony Baloney's Mustache Mobile: Atlantic City can keep its fancy steakhouses so long as the Mustache Mobile promises to roam the streets dishing out their wacky submarine sandwiches and wildly creative pizza pies. The crew brought their signature Tikka pizza on Saturday, which swaps out the marinara and subs in the masala for an Indian take on the classic Italian dish. An incredibly tender and flavorful crust comes slathered with sunset-hued tikka masala coconut curry sauce, squeaky paneer cheese and a sprinkle of cilantro. Despite being incredibly full from all the other vendors, we went back for another slice.

The Mustache Mobile operates out of Atlantic City and can be rented for events and parties. 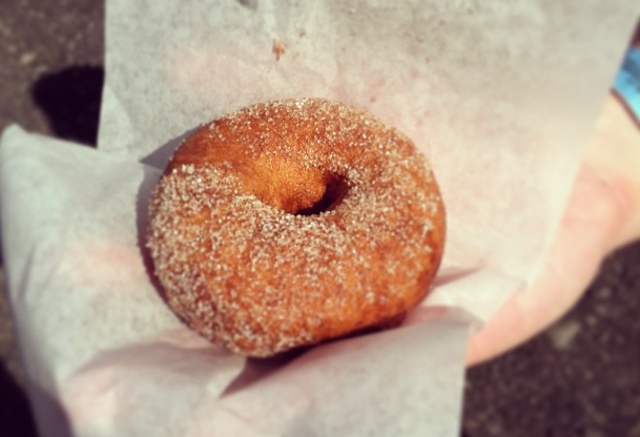 Carpe Donut NYC: There may be a bit of a New England bias at work here, but apple cider doughnuts are the greatest, especially when they're served fresh from the fryer and generously coated with cinnamon sugar. Such was the case with Carpe Donut's organic versions, which had people lining up to bite into these sweet Os of joy. We're just entering apple season, which means these babies are only going to get better in the next few months. 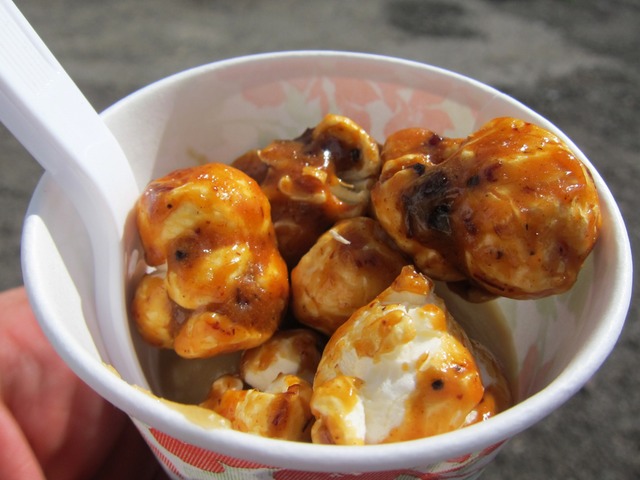 Liddabit Sweets: There's no doubt the confections from this Brooklyn-based company earned their right to be in New York City-flavored ice cream. They're known for the caramel creations but it was the Butterscotch Pudding that stole the show over the weekend; creamy and sweet, just like Grandma used to make. They topped the pudding with their Bourbon-Bacon Caramel Corn, which added a great crunch, smokey flavor and just a hint of salt to each sweet spoonful.

Liddabit Sweets operates a stand at the New Amsterdam Market and recently opened a storefront in Chelsea Market. 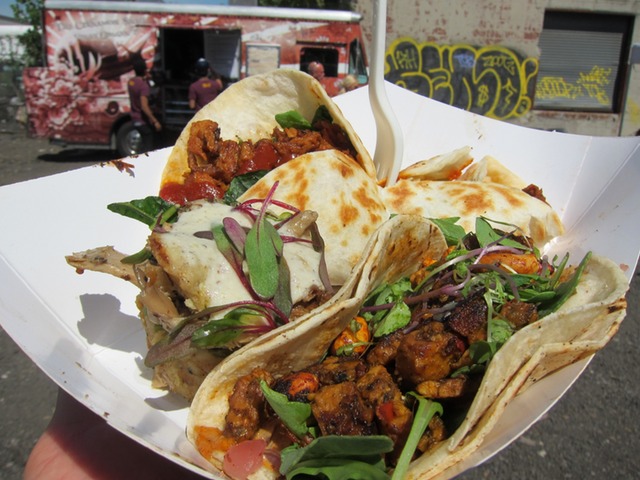 The Cinnamon Snail: One day we'll stop obsessing about how delicious everything from this popular vegan food truck is, but today will not be that day. From their friendly/wacky staff to the ridiculous portions to the damn tasty food, we love everything about these guys. The truck dished out three savory options and two doughnuts on Saturday and far be it from you to decide you only wanted to try one—you were getting all five.

Korean BBQ seitan in a flaky pita, Lemon Caper Grilled Oyster Mushroom bread pudding and Lemongrass Tempeh tacos won over even the pickiest of eaters, including a meat-addict in our group who declared that it was his favorite dish of the day. Their two desserts also knocked it out of the park, with the Fresh Cranberry Glazed Cake doughnut—which kind of tasted like a really moist ginger bread—and the Norberweiberberweiberhydrafab Donut, which was basically an enormous fried cake stuffed to bursting with chocolate ganache. Nobody said eating vegan meant eating light! 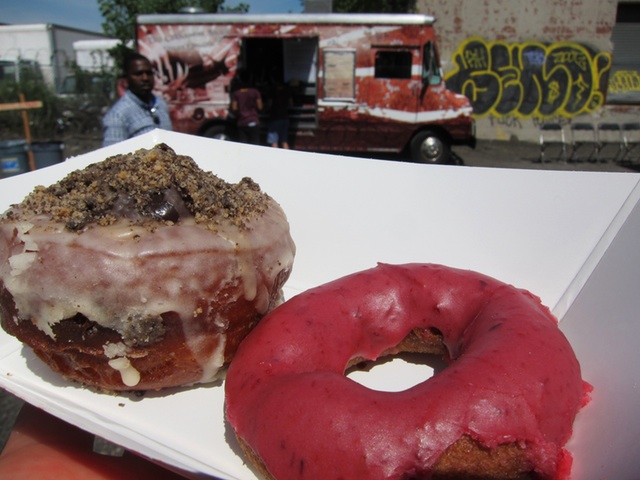