The 12 Best Frozen Drinks In NYC

We're in the thick of sweat-to-death-on-the-subway-platform season, but there is an upside to all the little thunderstorm icons on your weather app. Hot weather calls for cool drinks, and luckily this town's full of good frozen booze. Here are our favorite frozen drinks to temper miserable, steamy days—as always, leave yours in the comments. 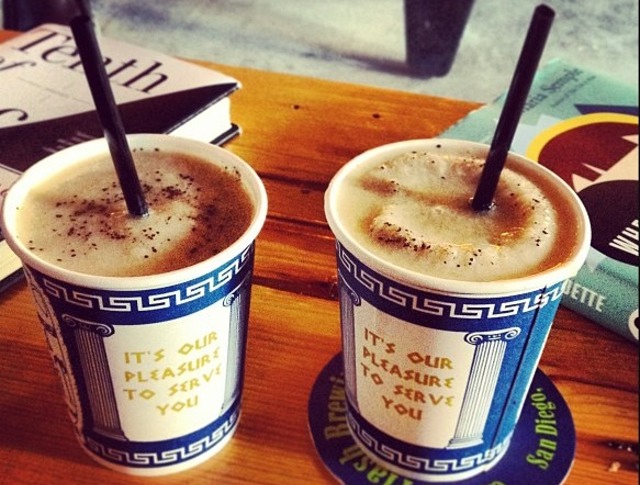 WILLIE'S FROZEN COFFEE AT SKINNY DENNIS: The Frozen Coffee at this Williamsburg honky tonk joint—also available at sister bars Rocka Rolla in Williamsburg and Do or Dive in Bed-Stuy—is the gold standard in frozen drinks, and I will fight anyone who argues otherwise. This bourbon-and-coffee filled slushie is topped with coffee grounds and even more bourbon, named after Willie Nelson, and famously saved me from certain hangover death on my 25th birthday, which is a story I will never stop telling no matter how many times my editor tells me no one cares. Willie's Frozen Coffee is magical, you must drink it, and that's all you need to know. 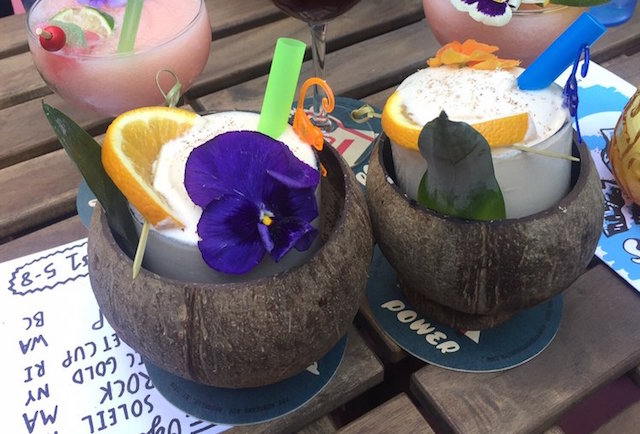 PAINKILLER AT SUPER POWER: This Tiki-themed Nostrand Avenue bar has been a delight since it debuted last year, between the palm trees, banh mi hot dogs, rum drinks, majestic backyard, and all-around ~good vibes~. More importantly, Super Power's Painkiller ($10) is one of the best in the business: a creamy rum/coconut/pineapple/orange juice concoction tastes like an island vacation and comes in a little flower-topped coconut that looks cute, but will ultimately persuade you to attempt to make out with a jukebox. It's totally worth it. 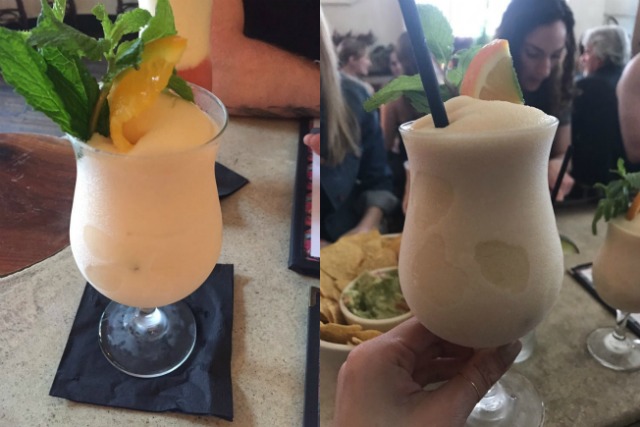 Via Yelp and Yelp

FROZEN BRANCOLADA AT DONNA: This delectable dessert drink, the brainchild of Donna bar manager Jeremy Oertel, is sort of like a piña colada, comprised of orange juice, pineapple juice, Appleton rum, and coconut milk, but with the welcome addition of minty Brancamenta. The result is something spectacular, and it's an even bigger treat during happy hour when the price gets knocked down from $12 to $9. Pair one with a couple tacos, and you'll never need to go on vacation again (but you still should). 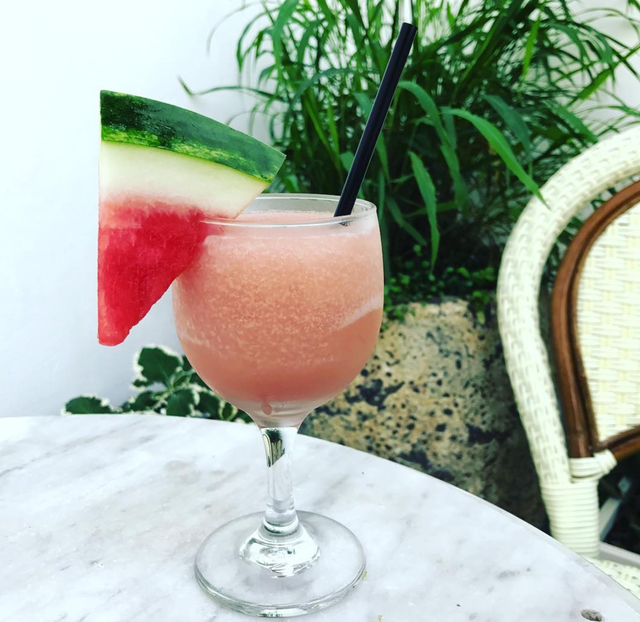 SALTED WATERMELON FROSE: I am not a Frosé person. If I'm going to drink wine it needs not be mixed with anything at all. But it's incredibly hot out sometimes... hot enough where I'm ready for an ice cold novelty beverage to be poured down my gullet and/or over my head, and this is the best one I've had. It delivers on the "salted watermelon" part of the drink name (though it's still a bit sweet for someone who doesn't like sweet stuff), and it also comes with that bonus chunk of watermelon. Fruit of the summer gods. It's priced at $13, and the best part is it's served at Elsa in Brooklyn (maybe you went to the original Elsa in the East Village?), which is GORGEOUS. Don't sleep on the outdoor space, either. — Jen Carlson 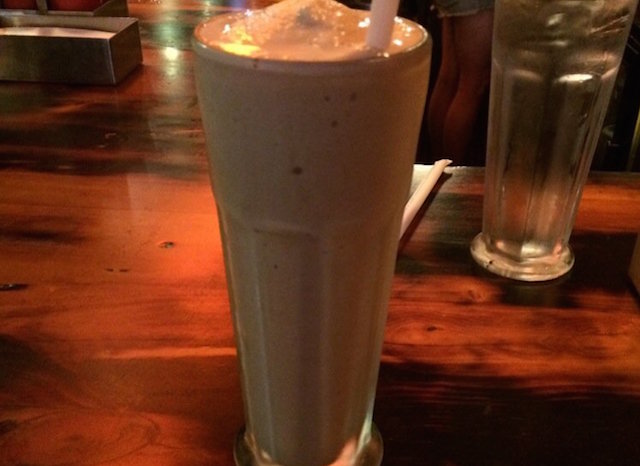 GUINNESS SHAKE AT MARK: This famed East Village refreshment is more of a dessert than a drink—the Guinness Shake here is chock full of vanilla ice cream, making it super rich and creamy, and very definitely a milkshake. Still, it's made with Guinness beer and tastes like it, plus it'll leave you a little lightheaded, so don't drink this one and drive or to the gym. 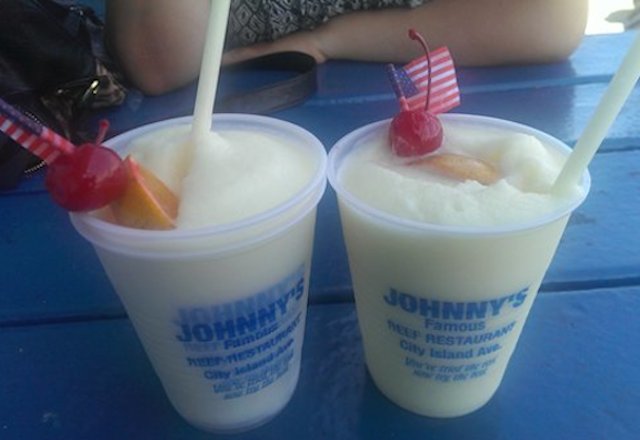 PINA COLADA AT JOHNNY'S REEF: The piña colada served up at this (cash only!) City Island seafood joint is well worth a write-up, and not just because it's only $6 —it's a basic drink, whipped up with a special house mix and a whole lot of Bacardi, but it'll smooth out that long ride back on the 4 train. Imbibe at the bar's outdoor patio so you can pair your boozing with a stellar view of the Long Island Sound, and be sure to sample some fried soft shell crabs to balance out the sugar.

Johnny's Reef is located at 2 City Island Avenue on City Island in the Bronx (718-885-2086, johnnysreefrestaurant.com). 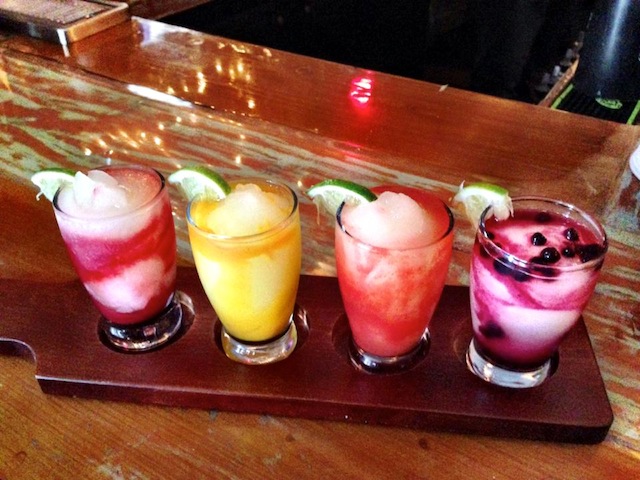 FROZEN FLIGHT AT HO'BRAH TACO JOINT: This teensy Brooklyn taqueria, along with its Staten Island outpost, knows what's up when it comes to tequila-heavy drinks, boasting a long list of flavored and classic margaritas. If you're looking for a drink on the rocks, you can opt for basic cucumber and jalapeno flavors, or try a funkier spice like crushed pineapple and fresh ginger. Frozen margaritas come in mango, blueberry, strawberry and classic, though if choosing one is too daunting, there's a frozen margarita flight that comes with four ever-so-slightly smaller flavored margaritas of the day. 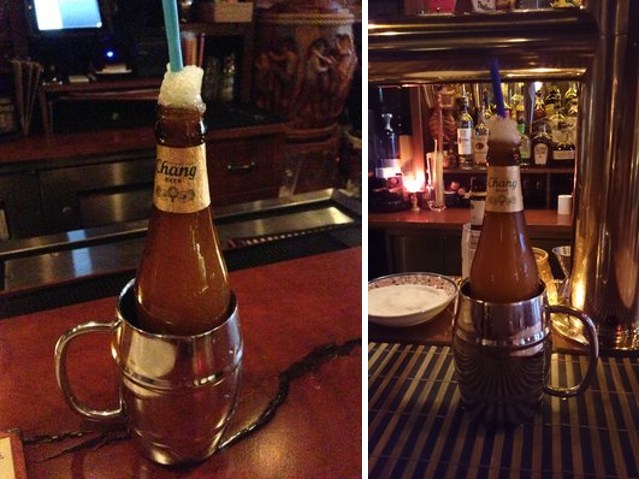 FROZEN BEER SLUSHIE AT UNCLE BOONS: Uncle Boons' take on Thai is a treat in of itself, but the famed beer slushies ($8) earn accolades all on their own. Frozen Chang beer rests in a metal meg to catch foaming chunks of ice, which is useful since all that icy booze bubbles over when you stick your straw into it. For those who can't stand sweet drinks, this frozen delight keeps you cool without giving you a sugar rush.

Uncle Boons is located at 7 Spring Street between the Bowery and Elizabeth Street in Nolita (646-370-6650, uncleboons.com). 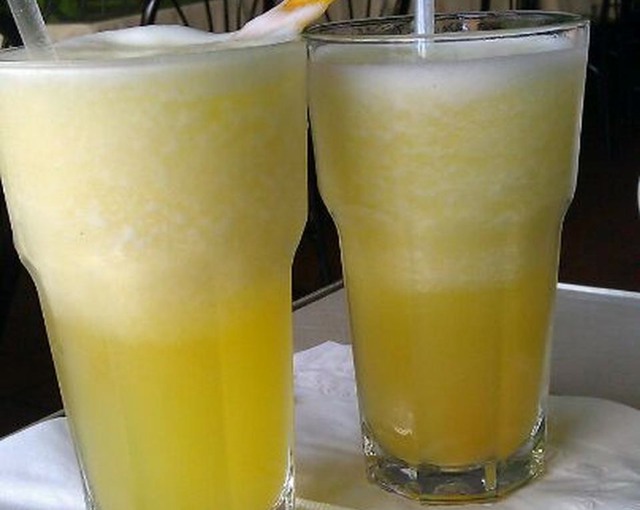 FROZEN MARGARITA AT EL NUEVO AMANECER: The giant margaritas at this LES standby are no joke, but at only about $10, they're well worth the hangover. Our experience leads us to believe these are made with some sort of lighter fluid, grain alcohol or everclear; whatever is in them, they will have you stumbling down Essex Street in no time. Delicious but dangerous, just like a good no-frills frozen margarita should be. 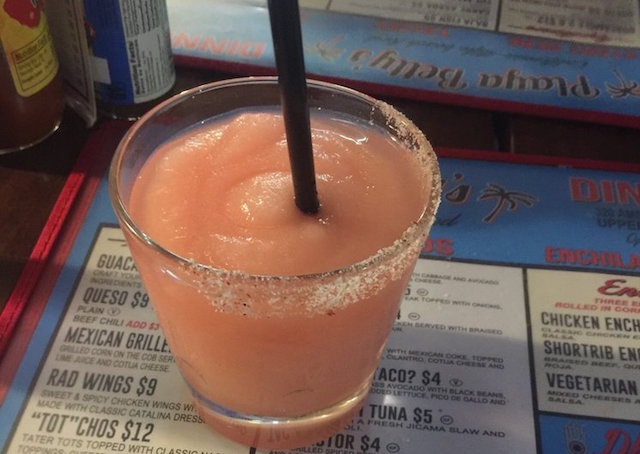 FROZEN PALOMA AT PLAYA BETTY'S: Turning a cocktail into a frozen drink can have mixed results (looking at you, frosé), but Playa Betty's did a good job with their warm-weather incarnation of the tequila-based Paloma. The Frozen Palomas here are made with Jose Cuervo, grapefruit and lime juice, and come with pink salted rims, and they'll knock you off your feet if you aren't careful. During happy hour, they're only $8 (down from $12), as an added bonus.

DARK 'N SLUSHIE AT GLADY'S: Crown Heights Caribbean spot Glady's makes a killer jerk chicken, but their frozen rendition of a dark 'n stormy is a revelation on its own. The $6 drink is made with Gosling’s black rum, ginger and lime, and works wonders to temper down some of the dishes' more fervent spice. 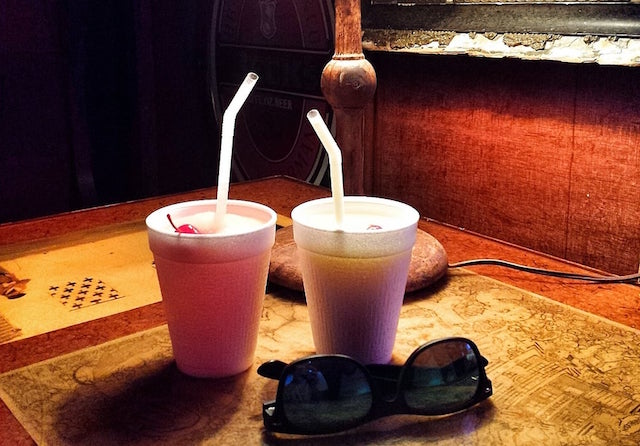 PINA COLADA AT CONNOLLY's: There's only so much that needs to be said about the pina coladas at this Rockaway Beach standby. They're nothing fancy—they're made in machines, come in styrofoam glasses and are topped with maraschino cherries—but they're also unreasonably good, plus if you get a floater on top you're in for a ride. This is what summer's for.

#best frozen drinks
#best of gothamist
#frozen drinks
#original
Do you know the scoop? Comment below or Send us a Tip
A new Gothamist is coming! We’ve moved comments over to our beta site. Click here to join the conversation and get a preview of our new website.