The 11 Best All-You-Can-Eat Deals In NYC

Nothing says #America like stuffing as much food into your mouthhole in one sitting as is humanly possible, and there are plenty of gluttonous, no-limits, feedbag-strapping opportunities on offer right here in New York City. From fine dining Italian to honky-tonk barbecue joints, carb bombs to finger-licking crab boils, this city has unlimited options for every kind of palate—and sometimes at wallet-friendly prices, too. Scroll through our favorites here then leave your epic eating adventures in the comments 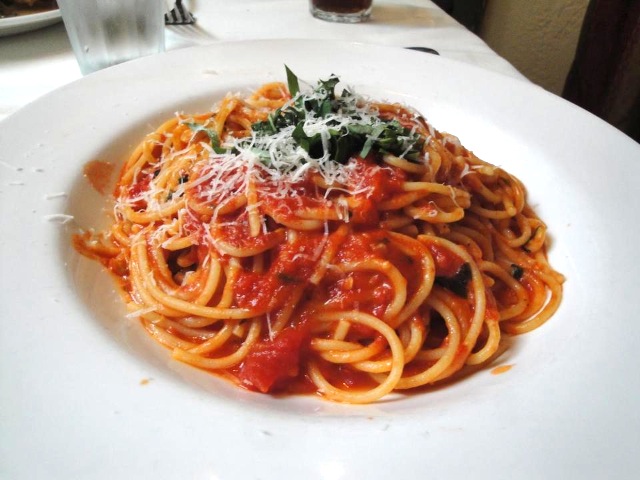 BECCO She's busier with a little Flatiron food court these days, but Lidia Bastianich's lovely Restaurant Row eatery still draws crowds with its flavorful Italian fare and budget-friendly $25 wine list. Carb fanatics know to order the Sinfonia di Paste ($24.95), which includes unlimited table side service of Chef William Gallagher's three daily pastas. Marinara, clam sauce, stuffed ravioli, cheese-covered gnocchi and other tasty pasta preparations have been part of the lineup. Plus, all the noodles are handmade and have that nice chewy texture not found in their dried counter parts. The meal also includes either Insalata Cesare or an Antipasto Misto to balance out the doughy gut bombs. 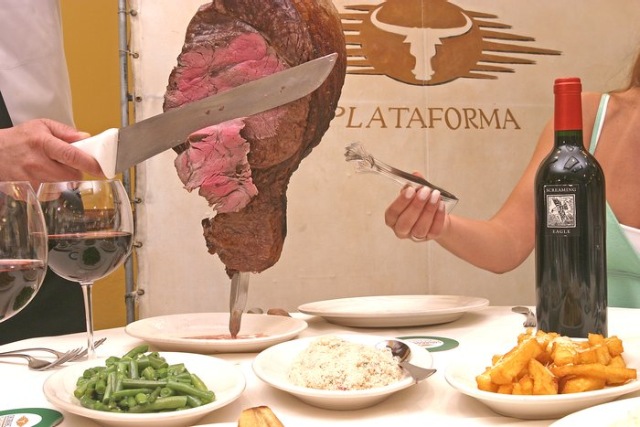 CHURRASCARIA PLATAFORMA Like all Brazilian steakhouse, expect to be inundated with meat the moment you turn your personal dining card from red to green. Waiters with swords will quickly descend on your table, offering tempting cuts of beef from top sirloin, top round steak and garlic steak to haughtier cuts like filet mignon and short ribs. Apart from the cow, they'll also cut you slices of lamb chops, bacon-wrapped turkey, chicken thigh, pork ribs and even octopus, in addition to vegetarian grilled cheese and garlic bread.

We don't recommend vegetarians for this experience—the smell of the charred flesh alone might be too much—but the restaurant's included salad bar offers a hearty amount of vegetable, cheese and (for pescatarians) sushi options to make a meal. During dinner hours, carnivores can indulge in all-you-can-eat meat sweats for $62.95 (Sunday - Thursday) or $64.95 (Friday and Saturday), with options for Salad Bar only running $45.95 (Sunday - Thursday) and $47.95 (Friday and Saturday). Either way, don't miss the Brazilian cheesy bread. 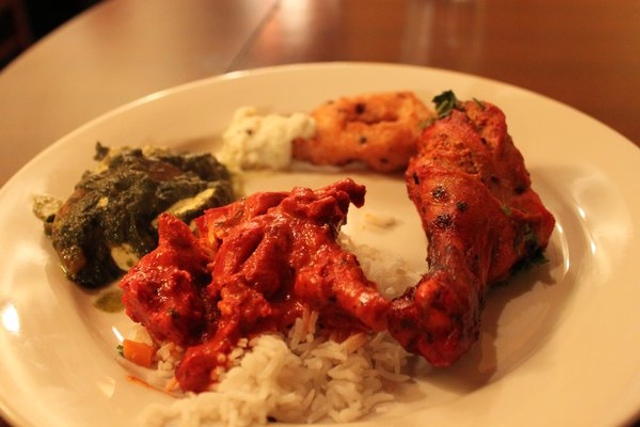 BRICK LANE CURRY HOUSE: Two of the three Manhattan locations of this popular Indian chain offer a lunch buffet seven days a week starting at noon. $11.99 on weekdays and $14.99 on weekends gets you unlimited scoops of chicken tikka masala, tandoori chicken and a rotating selection of other flavorful curry dishes. Rice and naan are also included for sopping up sauce and scooping up the proteins, plus chutneys and sauces for additional flavor. There's no killer phaal curry on the deal, so stop by for dinner if you want to burn your insides. 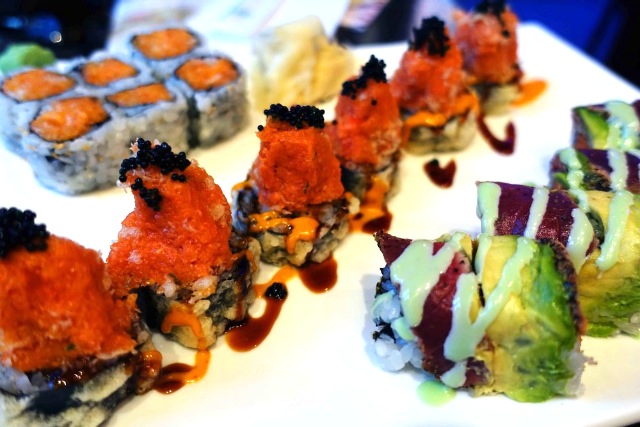 KIKU SUSHI Unlimited sushi is one of the more prevalent deals to be found in the AYCE arena and this Chelsea spot has one of the most prolific iterations in the city. For $28.95, you can go to town on sushi, sashimi and classic rolls like California and Boston, plus more hopped up editions like Foxwood (eel, lobster, meat, shrimp tempura and avocado wrapped with soybean seaweed) and Fire Island (yellowtail and avocado topped with toro, jalapeno and red tobiko).

Also included in the deal, miso soup, salad and dumplings, plus full entrees like Pork Katsu, Shrimp Teriyaki and Chicken Udon Soup. We suggest wearing sweatpants. It's a toss up as to whether they'll charge you for anything you don't eat, so keep that in mind when examining the huge menu. If that's all still not enough for you, add just $7 per person to get unlimited sake, beer and house wine. 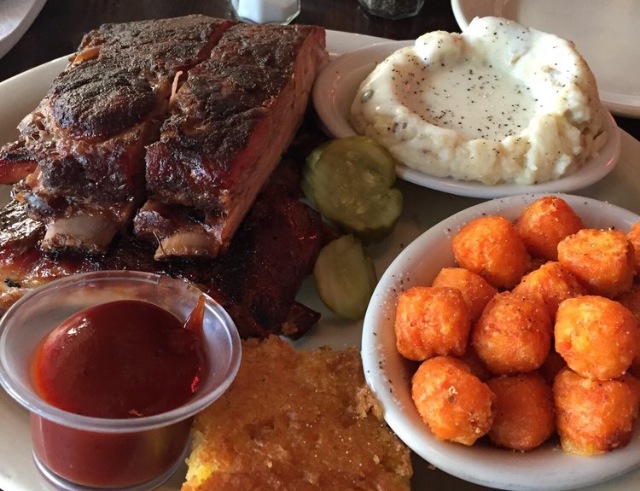 BROTHER JIMMY'S: Cool bros across the city flock to one of these BBQ outposts for SEC games and cheap cans of Natty Light. But for the gluttonous, try out the chain's unlimited ribs deals, offered on Sundays. Try out any flavor of pork ribs or get a combination plate that includes all three. You can also choose two sides—think mac and cheese, mashed potatoes and coleslaw—plus cornbread and pickles on the plate. The deal goes for $29.95 at the MSG location, $27.95 at the Murray Hill location and $22.95 at the Original outpost on the UES and also includes unlimited draft Coors Light. 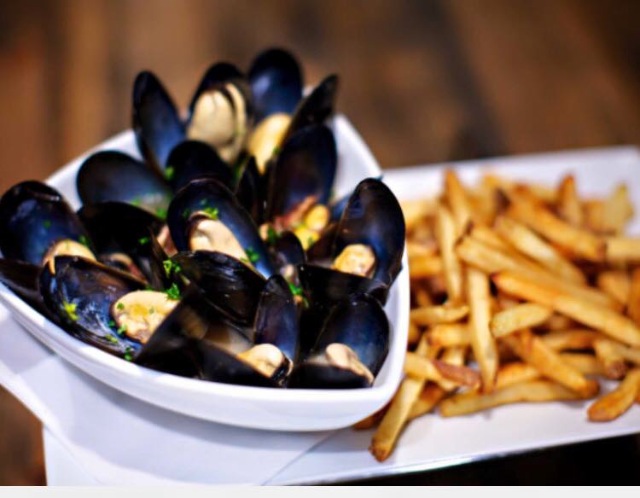 CHEZ OSKAR Clattering platters of steaming mussels are the ticket on Tuesday nights at this Fort Greene French standby. The weekly $15 deal includes your fill of bivalves in broth, with a choice between a garlic and white wine and mustard flavors. Since the savory broth is half the fun, the restaurant also supplies diners with a huge bowl of french fries plus crusty bread for dunking. 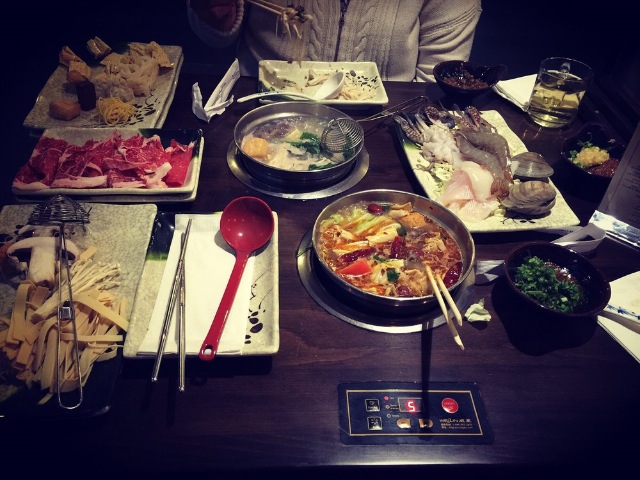 SPRING SHABU SHABU BUFFET In China, there's hot pot and in Japan, shabu shabu, where diners cook vegetables, meats, seafood, noodles and other items in tabletop bubbling vats of flavorful broth. The immense selection at this Flushing spot can seem intimidating at first—there are a dozen types of noodles and fish balls alone—but take your time to circle each station, taking in the bounty, before selecting the items you'll cook at the the table.

For $14.95 ($10.95 during lunch), you'll get access to vegetables (corn, bok choy, squash, cauliflower, kale, etc.) mushrooms, dumplings and the like with a choice of broths like dashi, spicy radish and pork bone. For more protein, add generous platters of fatty beef ($5), lamb ($5) or a seafood combination ($7), which includes clams, shrimp, crab and more. Combine those with a dipping sauce of your making from their vast array of choices and go to town. 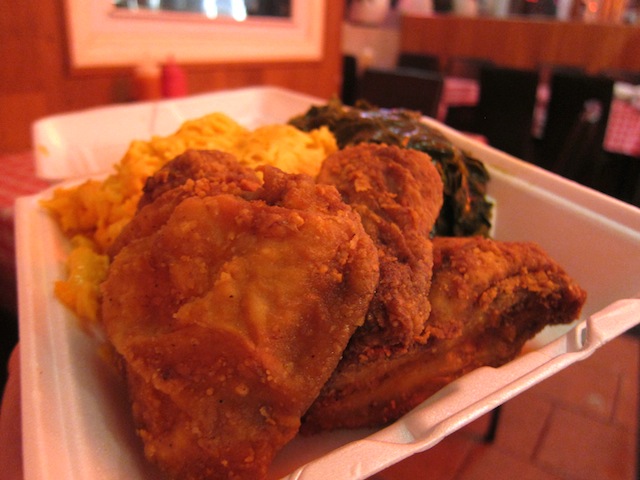 CHARLES' COUNTRY PAN FRIED CHICKEN Fried chicken enthusiasts no doubt already know of the legendary birds flying out of the fryer at this Harlem go-to. But were you aware that any day of the week you can eat unlimited quantities of Charles Gabriel's triple-seasoned fried chicken for $16.32 (yes, they are that specific on the price). Not only that, but the restaurant offers this AYCE deal on its soul food, too, meaning you can pile up a plate of ribs and chicken, then squeeze in scoops of macaroni and cheese, okra, potato salad and even some dessert if you still have room. 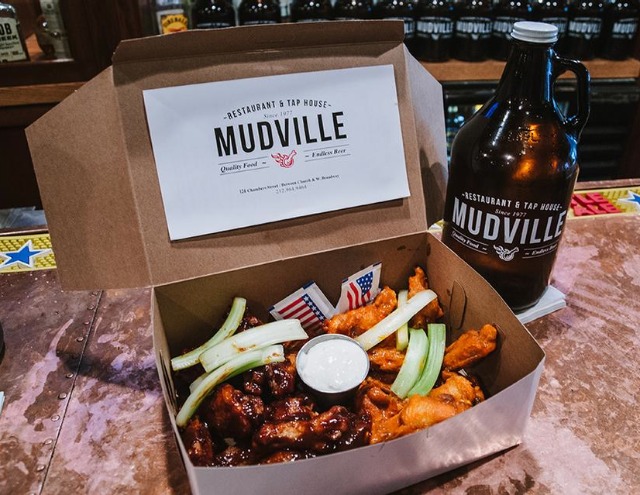 MUDVILLE Beers and wings are naturally allies and at this Tribeca pub they're part of a finger-licking deal—if you have at least six people at your table. That's the one catch with their unlimited wings deal—The Wing Ding—which runs $32 per person for two hours of bone-gnawing. Choose between traditional Buffalo (in four different heat levels) or other sauces including BBQ, chimichurri and a Thai sauce with sesame and peanut.

On top of the chicken wings, the table gets unlimited bowls of fries plus unlimited growlers from the restaurant's hearty tap selection. Included are regular beers like Bud Light, but if you wanna be all grown up and fancy pants about it, spend $38 per person and get the craft stuff. 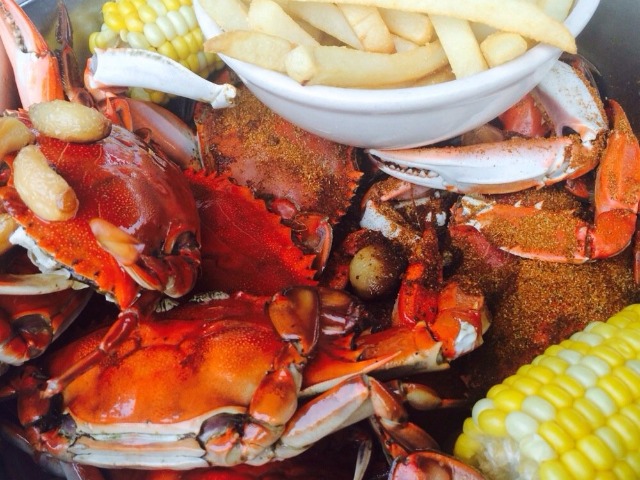 CLEMENTE'S MARYLAND CRABHOUSECLEMENTE'S MARYLAND CRAB HOUSE: Most of what makes eating a steamed blue crab enjoyable is the art of cracking and opening it, a skill that is both impressive to newbies and permits you to eat with your hands. Unfortunately, crabs don't come with a lot of meat (though what they've got is delicious) and if you're paying per pound, you don't get a lot of food for your buck. Blessedly, Clemente's in Sheepshead Bay boasts an All You Can Eat crab deal on Mondays and Tuesdays—for $34.95, you get a unlimited supply of Maryland blue crab, along with french fries and corn on the cob. You can opt for garlic-style crabs or go for ones smothered in Old Bay like the God of Maryland intended. Just keep in mind that Clemente's is cash only. (Rebecca Fishbein) 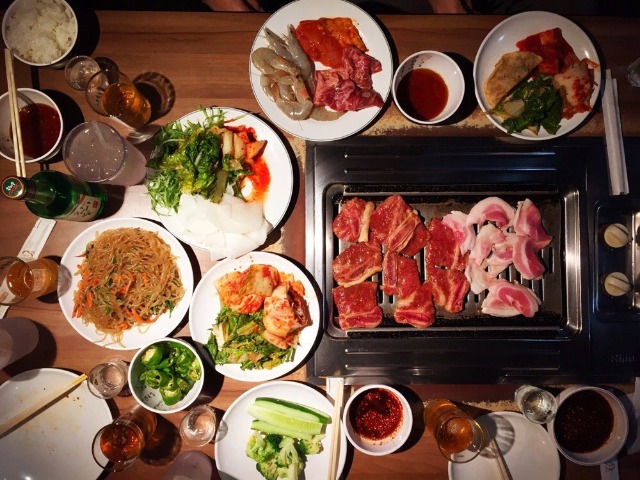 If you're looking for either a calm ambiance or a semblance of restraint, look elsewhere. But if you're game for getting your hands dirty (with meat, mind you) and smelling a bit like smokey animal flesh for the rest of the evening, this AYCE Korean spot in Queens's Murray Hill neighborhood is worth it. At the long central buffet, load up a plate with raw meats and vegetables like thinly sliced lamb and beef, octopus tentacles, slices of onion, shrimp and other grillables before heading back to your table.

Then, enter fire. Servers will oftentimes aid you in grilling the meat, though don't always expect to have the most attentive service. And while some of the meats are marinated, the restaurant also offers spices, salts and other toppings to help ramp up the flavors. In addition to the BBQ, the buffet table offers fried dumplings, seafood pancakes and dozens of other prepared foods to supplement the meatopia. Prices depend on time of day, day of the week and age (there are child prices), but expect to pay between $31.99 and $33.99 per person, plus expenses like beer and soju.