New York may be suffering from some serious condo-ification and chain store fatigue these days, but it was once (and still is) a cultural melting pot. And though big grocers like Whole Foods and Fairway stock lots of imported grub, sometimes its best to score global wares at independent shops that are a little less...Whole Foods and Fairway. Here are our favorite international food markets in the city—we know you'll leave yours in the comments. 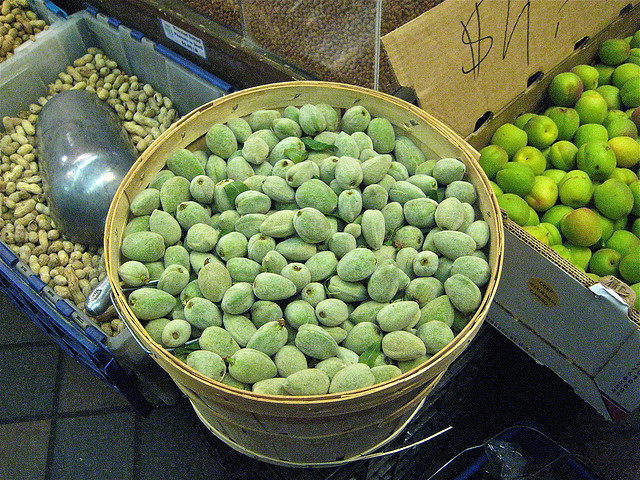 SAHADI'S: Atlantic Ave's Middle Eastern tradition might be changing at a frighteningly rapid pace right now, but Sahadi's, which has been operating out of its Brooklyn Heights space since 1948 (and in business since 1898!) is still standing strong. When it comes to perusing and purchasing Middle Eastern goods and prepared foods, this place is it, boasting everything under the sun: fresh hummus, falafel mix, cheeses, coffee beans, Turkish delight, bags of candy, fiery imported spices and beyond.

The bulk section here is a work of art, offering up dried fruit, nuts, grains and other goodies you can nab for affordable by-the-pound prices, and there's a prepared foods and deli section ripe for procuring $3 falafel sandwiches and other fresh meals. Do note that Sahadi's is closed on Sundays, and you may have to fight someone to the death over a ticket if you show up on a busy Saturday. WORTH IT.

Sahadi's is located at 187 Atlantic Ave between Clinton and Court Streets in Brooklyn Heights, Brooklyn (718-624-4550, sahadis.com). 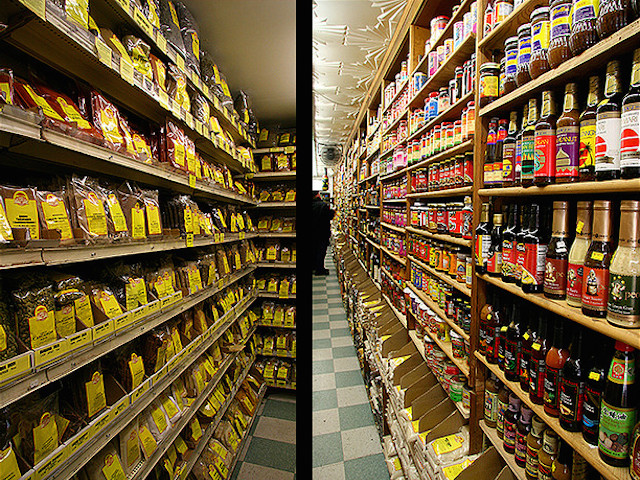 KALUSTYAN'S: For spice fiends, this Indian specialty foods store is your heaven. You can find nearly every seasoning under the sun here, from rare packaged curry powders to Egyptian mixed spices to colon-scrubbing Psyllium seed husks, and while the spice prices here might be on the high side, if you need something a little rarer than basil and cinnamon, it's worth the splurge. Beyond the store's infinite spice rack, so to speak, Kalustyan's has a wide variety of specialty foods from across the globe, including cocktail bitters, varieties of rice and international teas, and has earned accolades from food celebs like Martha Stewart and Padma Lakshmi over the years. If you happen to swing by Kalustyan's on your lunch break, they've got an upstairs cafe that serves sandwiches and other prepared goods you can eat inside or take with you on the go. 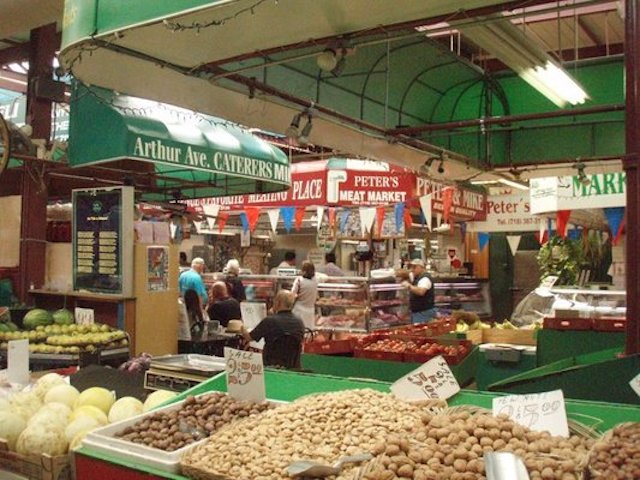 ARTHUR AVE RETAIL MARKET: Forget the overpriced fare at Eataly—this Arthur Ave food market has all the meat, produce and pantry items your little Italophile heart desires. The market is more like a food mall affair, with stalls serving up specialty goods like sausages, cheeses, dried meats and pastries. You can also purchase fresh and dried pastas, breads and foccacias, along with tons of oils, vinegars, sauces and vegetables. There's even a new Bronx Beer Hall on the premises, and if cigars are your thing, you can purchase a hand-rolled one or two from a stand at the front of the market. Don't miss Mike's Deli—they serve up massive sandwiches that'll change your mind about boring cold cut meats. 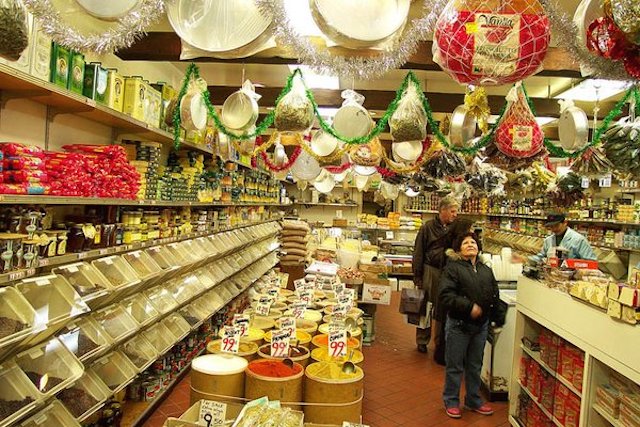 NINTH AVE INTERNATIONAL FOODS: If Mediterranean food is what you're after, look no further than this Hell's Kitchen grocery, which specializes in Greek and Turkish goods along with a smattering of European and Middle Eastern mixed in. Naturally, there's plenty of feta, olives, coffee and yogurt to be found here, along with honey, spices, baklava, pastas and pitas. Once you've stocked up on enough grocery goods to satisfy your Yiayia, pick up some freshly prepared fare, since you can get homemade tzatziki and baba ganoush here, along with hard meats and cheeses. Do not leave without a tub of taramasalata, a delicious Greek mezze made of fish roe—the stuff they whip up here is by far the best in the city. 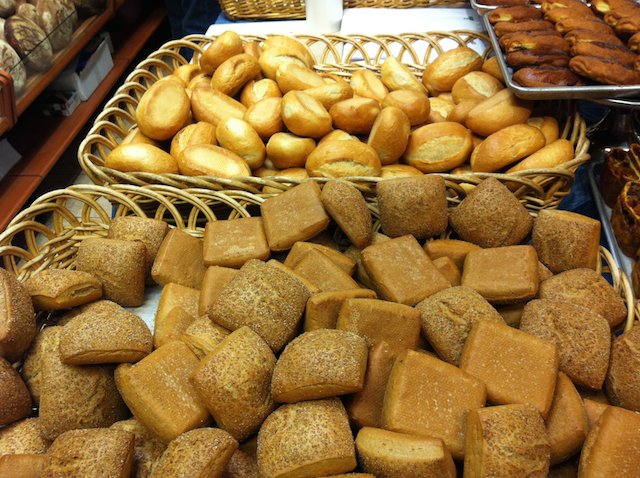 BRIGHTON BAZAAR: Located right in the heart of Little Odessa, this bustling Russian market is filled with all the hearty Eurasian goods you'd expect to find in the Old Country. There's an outstanding selection of breads here, with thick, dark loaves baked fresh, with thick crusts and pillowy wheat-rye insides. The space is filled with grilled meats and fish, pickled herring, imported candies, borscht Russian pastries and a million other ethnic treats meant to mimic Black Sea market fare. And though the staff can be surly, it's not impossible to shop here if you aren't familiar the mother tongue. Of course, toting a Russian speaker along with you can't hurt. 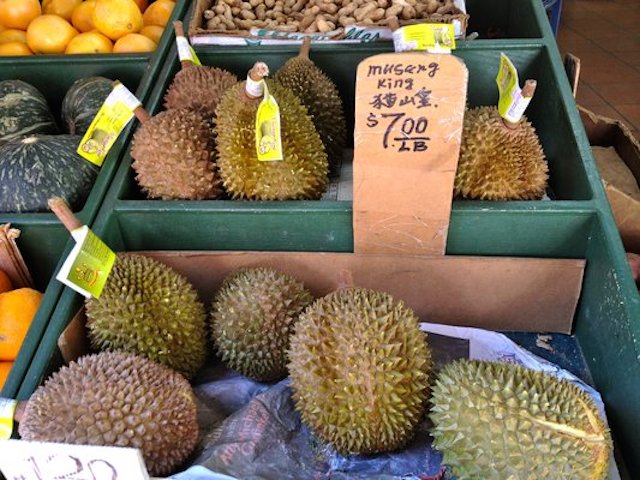 ASIA MARKET CORP: This tiny Chinatown shop might not look like much, but it's packed to the gills with all the Southeast Asian foodstuffs imagineable. Malaysian, Thai and Indonesian cuisine rules the roost here, with plenty of imported non-perishables, spices, sauces, condiments and shrimp paste. Though there's not a lot of fresh stuff here, the store stocks fruits and vegetables outside—and really, this spot is for cooks seeking that specific hard-to-find spice or overseas brand. Plus, prices are fair and the staff is helpful, so even if you're not well-versed in Southeast Asian cuisine, a little assistance from employees will steer you in the right direction.

ADJA KHADY FOOD DISTRIBUTOR: It's not so easy to find Senegalese foodstuffs in New York, no matter how "international" a city it purports to be. But at this little West Harlem store, Senegalese fare is the name of the game, with lots of sauces, syrups, dried goods, teas and other West African food staples available for purchase. Stock up on palm oil, a key ingredient in Senegalese cooking, and don't skimp out on ground peanuts, dried fish and handmade couscous grains when it comes to creating an authentic dish. 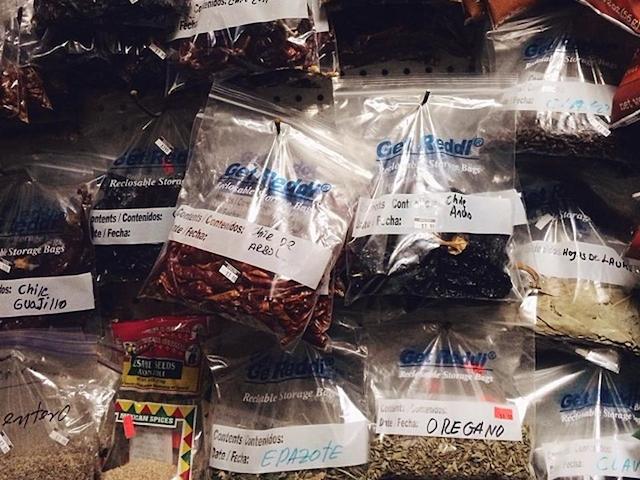 ZARAGOZA MEXICAN DELI AND GROCERY: When it comes to scoring Mexican goods, this family-run East Village spot stocks tons of imported snacks, sauces and pantry items to help you whip up your own tamales, tacos and the like. The shop boasts everything from pre-made Mexican crema (surprisingly hard to find!), to corn husks and masa corn meal, imported Mexican beers, fresh cactus, tortillas, Mexican coke, Jarritos, dried chilis, chocolate and even huitlacoche. And if you're looking for something a little more ready-made, you can score cheap tacos, quesadillas and other home-cooked meals well into the late-night hours, making it a popular drunk-food destination among the EV going-out set, for better or for worse. 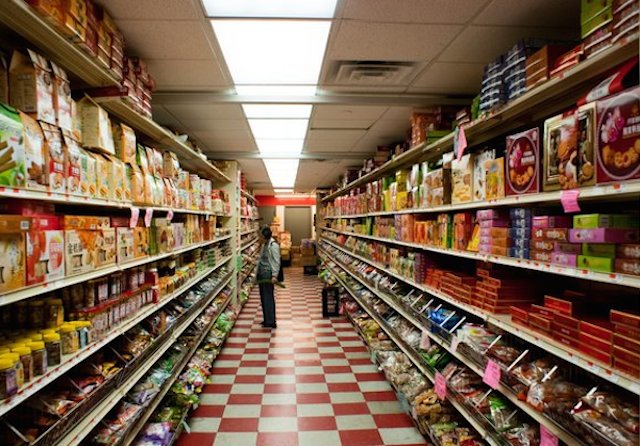 HONG KONG SUPERMARKET: There are plenty of places to pick up Chinese delicacies in Chinatown, Flushing and beyond. But this supermarket chainlet—which has two locations in Queens and one in aforementioned Chinatown—is our favorite, offering up fresh produce, ready-made noodles and dumplings, meats, fish, poultry, and pantry goods set for preparing most Chinese and Southeast Asian dishes. Prices here are usually more forgiving than those at, say, Whole Foods or Fairway, and the Manhattan location is particularly well-stocked with frozen and fresh fare, in addition to tons of teas, imported snacks and brands you wouldn't normally find in the West. 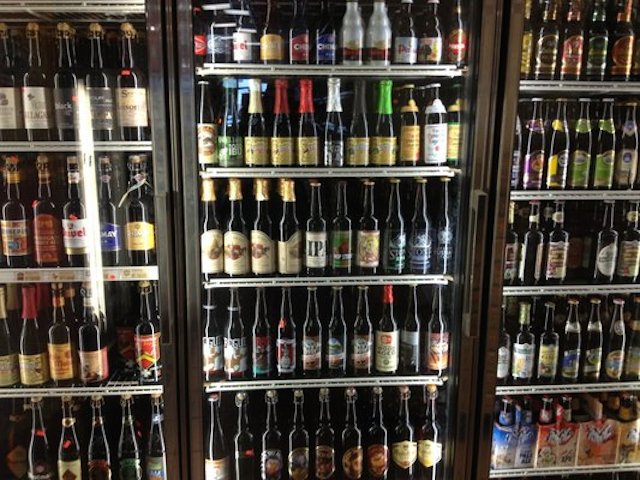 EURO MARKET: Like Ninth Ave International Foods, Euro Market specializes in Balkan and Mediterranean goods, featuring a vast array of Turkish and Greek grocery items, in addition to prepared foods and produce. But it's Euro Market's beer selection that really makes it stand above the fray, and if you're a brew fiend, someone will have to physically remove you from the store at some point. There's a wide, wide variety of imported beer here, with everything from Polish to Japanese to good old American ales sold by the can and bottle. Beyond the booze, you can score plenty of dried meats, cheeses, olives, breads, European pastries, pickles and packaged foods, organized and labeled by country of origin.

#adja khady
#arthur ave retail market
#asia market corp
#best of gothamist
#brighton bazaar
#euro market
#hong kong supermarket
#Kalustyan's
#sahadis
#zaragoza
#original
Do you know the scoop? Comment below or Send us a Tip
A new Gothamist is coming! We’ve moved comments over to our beta site. Click here to join the conversation and get a preview of our new website.