The 10 Best Coffee Shops In NYC

It's no easy task to pick the best coffee shops in this city. If you're lucky enough not to be surrounded by the Evil Green Mermaid and her spawn, you've probably got your own special go-to cafe where they know how to make that almond milk latte leaf just right. For this coffee shop roundup, we've selected some of our favorites in their respective neighborhoods, evaluating them on all-around coffee quality, atmosphere and style; as always, leave your favorites in the comments, or keep them secret so you can still snag that seat by the outlet. 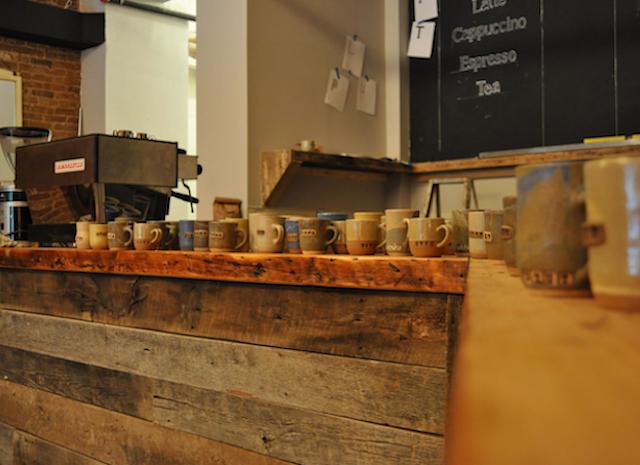 The Upper East Side: DTUT: The Upper East Side isn't exactly known for its wealth of coffee shops, unless you count those Starbucks locations that pop up every half-block. But this Yorkville gem does its neighborhood duty, serving up tasty lattes, chai teas and other caffeinated libations you can enjoy on one of the couches they seem to have sourced from Grandma's living room. DTUT also doubles as a bar, offering wine, beer and cocktails (and chocolate fondue!) in addition to the usual macchiatos and cafe sandwiches. The only major bummer here is that there's no WiFi on weekends (WiFi runs from 7 a.m. to 5 p.m. on weekdays), so you'll have to save your Facebook-stalking for home. Maybe you can use this opportunity to spend time with another human's face instead. 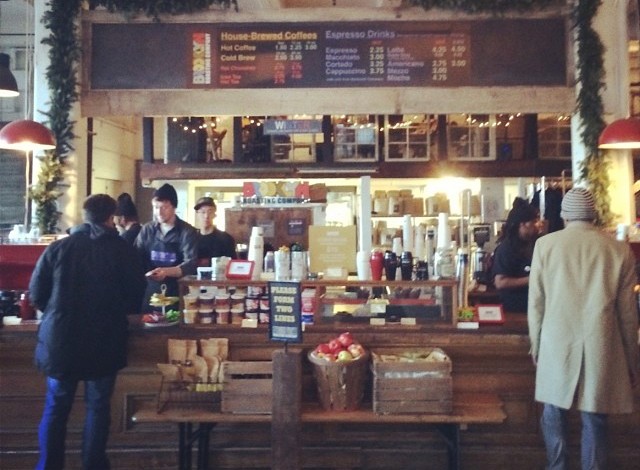 DUMBO: BROOKLYN ROASTING COMPANY: With more and more office drones flooding Dumbo daily, it's only fitting that the neighborhood be serviced by more than just dollar bodega coffee. Thankfully, BK Roasting Co. delivers, offering up fierce brews out of a capacious warehouse. There's no need to spring for a fancy latte here, since basic blends like Columbia Santa Barbara, Guat Antigua and Iris Espresso stand strong with nothing more than a dash of milk, though you won't be disappointed with, say, a cortado, for instance.

Once you've maneuvered through the highly uncivilized dual-line ordering system, there's lots of room to set up a laptop and sip drinks all day, with tables and decor furnished from recycled paraphernalia a-plenty. There's also a new BK roasting outpost at Navy Yard. 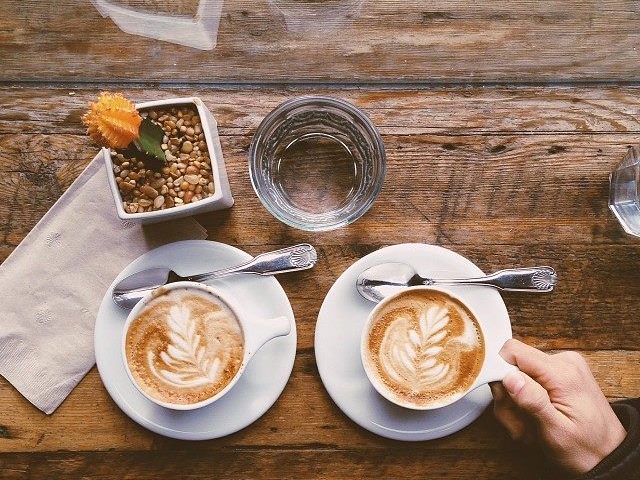 Astoria: THE QUEENS KICKSHAW: This Astoria spot previously earned accolades from us for serving one of the most kickass grilled cheese sandwiches in the city, but ne'er forget that the manchego & ricotta can be paired with Counter Culture coffee, and the results are spectacular. Though Queens Kickshaw errs more towards eatery than coffee shop, the specialty coffee and communal atmosphere here goes above and beyond basic gastropub, plus the hot chocolate here is made with Mast Brothers cocoa, so there's that. Pair your cup with a sandwich of your choosing or a tomato soup and settle in for the day; do note that wifi is only available until noon, though you can use your laptop after that as long as the joint's not too busy. 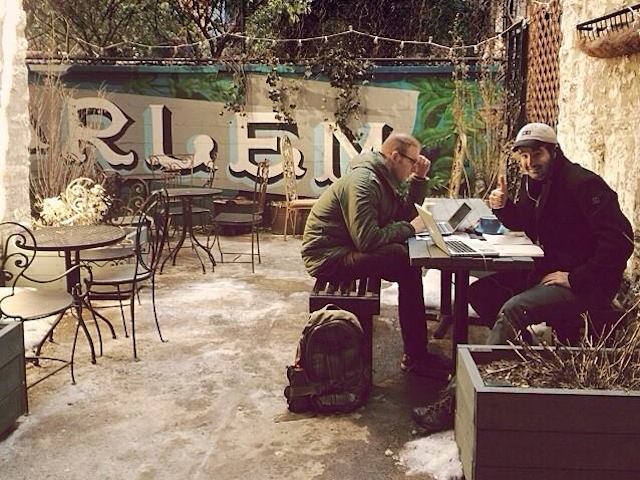 Hamilton Heights: THE CHIPPED CUP: This charming little uptown coffee shop might not boast much in the way of space, but what it lacks in roominess it far makes up for in attitude and ambiance, doling out delicious cups of Counter Culture coffee and delectable pastries to fiercely loyal clientele. Though the small space fills up with local freelancers looking to get in on free wifi (when it's busy, you are limited to two hours), an outdoor patio offers extra room in good weather. On quieter days java drinkers can hole up on vintage mismatched chairs and couches and caffeinate in peace. 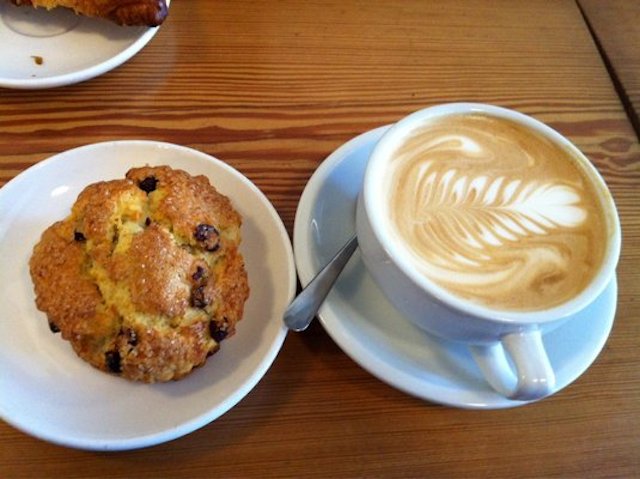 East Village: NINTH STREET ESPRESSO: The 7-Elevenification of the East Village may be underway, but this beloved spot is thankfully still kicking. Though the decor here is nothing fancy—there's not much more than a counter, a couple chalkboards and some serviceable tables—the espresso/drip coffee here is smooth, almost buttery perfection that need not be sullied with gimmicky syrup and caramel. You're not handing over half a paycheck for a cup here, with a small running $1.50 and an espresso shot running $3, and the brews are strong enough to tide you over for at least as long as that $5 chemical energy drink you might have splurged on, anyway. 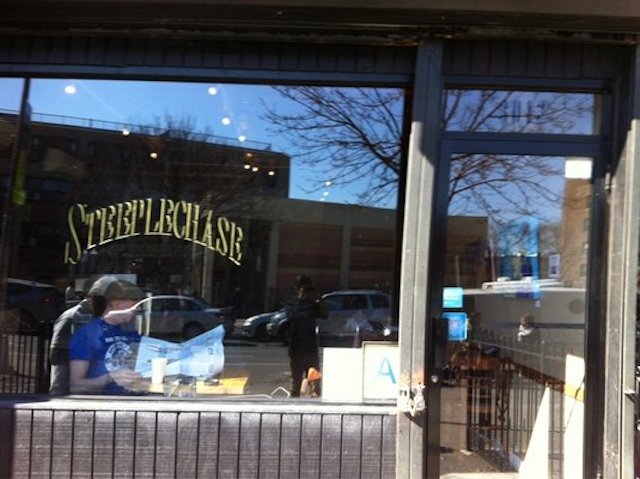 Windsor Terrace: STEEPLECHASE COFFEE SHOP: This lovely Windsor Terrace spot is one of the few coffices (i.e., "coffee shop office," for those unfamiliar with the fun world of freelancing) in the neighborhood, making it a welcome oasis for remote workers and anyone weary of the child-packed spots in the cafes nearby. They've got everything from free wifi to local art to a selection of Dough doughnuts, and the music choices are always solid. They use Brooklyn Roasting Co. beans, keeping the coffee game local; plus, they're located next door to Brancaccio's Food Shop, which one Gothamist staffer has deemed the Most Important Pre-Prepared Food Place of Our Time. 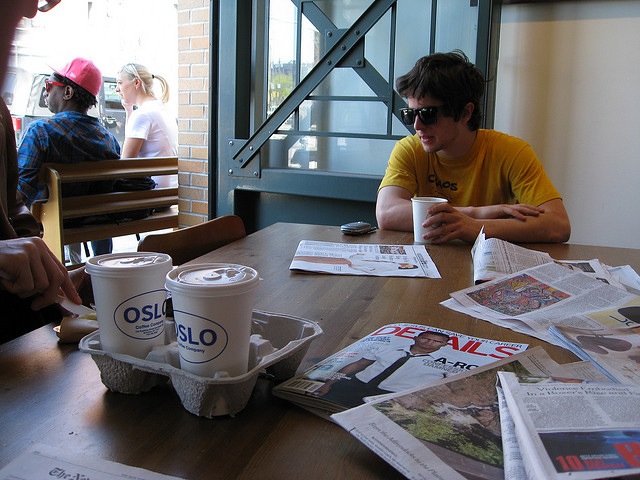 Williamsburg: OSLO COFFEE ROASTERS: We almost lost the Southside outpost of this lovely Scandinavian-themed coffee chainlet in a brutal fire last year. But thankfully the fates had other plans, and both of Oslo's Williamsburg locations are back to serving stellar espressos, solid pastries, and baked goods to a laid-back, local clientele. The Roebling Street location is a larger space with communal seating, and though there's no wifi (or credit card machine) there are copies of the Times and the Post to peruse at no cost. Get a cortado and an oatmeal cookie and impress the wandering Williamsburgers with your dog-eared copy of The Pale King. 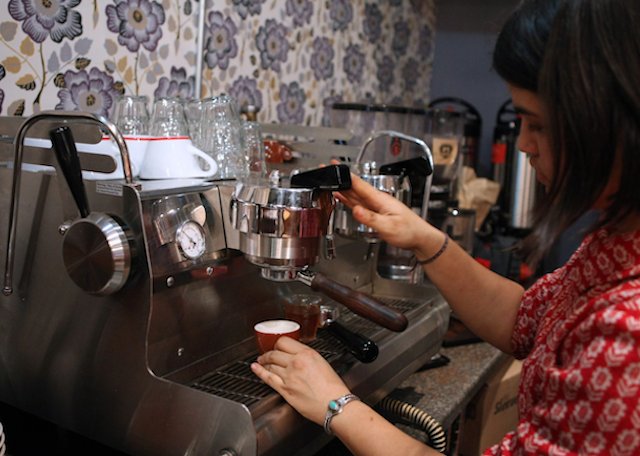 Midtown: CULTURE ESPRESSO: Midtown's another neighborhood that seems overwhelmed with chain "coffee" shops (and chain everything, for that matter). Luckily there's Culture, a hip little cafe that seems almost out-of-place so close to Bryant Park. Culture doesn't roast its own beans, but it does serve super strong-and-dark espresso, though if that's not quite your cup of tea, so to speak, the taste is tempered down in a latte or cappucino. For something a little different, try a flat white—an Australian latte made with an even mix of froth and liquid—and pair it with one of their fresh cookies baked daily. Expect a long line during the Midtown workers' lunch breaks, for this is their caffeine Eden. 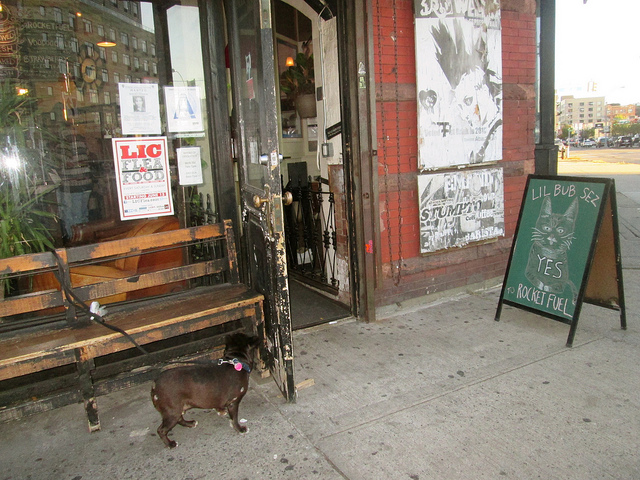 Long Island City: SWEETLEAF: This funky Queens mini-chain knows what's up when it comes to pairing java with style, and both of its LIC locations rock the laid-back coffice-meets-living room feel. Worn leather armchairs, long lounge sofas and offbeat artwork evokes a bohemian scene, and specialty coffee drinks like the Rocket Fuel—iced coffee jazzed up with maple syrup and a hint of chicory—sets it apart from the caffeine competitors.

They've got plenty of baked goods for the gluten-free and vegan folk, plus the Jackson Ave location has a little "Laptop Area" for those who need to get some work done; the Center Boulevard spot even doubles as a craft cocktail joint during acceptable drinking hours. 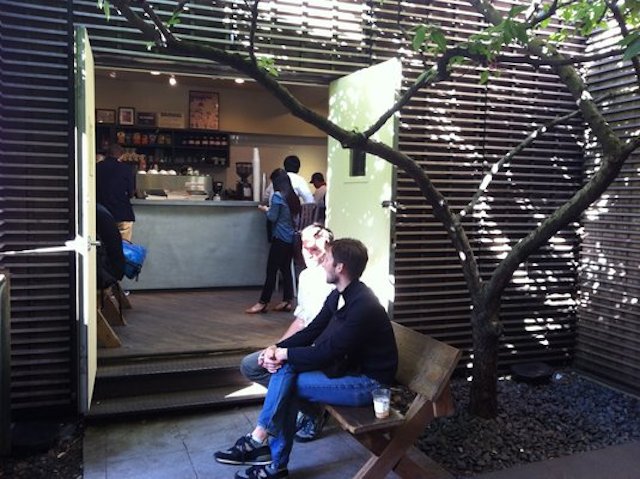 SoHo: GROUND SUPPORT: If it doesn't say enough that this West Broadway spot's Facebook page is comprised almost entirely of pictures of adorable dog patrons, nothing will. In addition to cute canines (who, sadly, are not allowed inside the store), they also have Intelligentsia coffee, sandwiches, baked goods and an atrium with plenty of communal seating (and a few tables) out back. There is free wifi, though on busy days it can be a bit slow. Bonus points: they have almond milk! And did we mention the doggies?

Ground Support is located at 399 West Broadway between Broome and Watts Streets in SoHo (212-219-8722, groundsupportcafe.com).

HONORABLE MENTIONS: Vineapple, La Colombe, Cafe Pedlar, Cafe Grumpy, Little Skips, Variety Cafe, Sit and Wonder, Abraço. The list goes on, and will get another go—for now, check out this map of coffee shops rounded up by subway stop.