The 10 Best Cheesecakes In NYC

It seems like pizza, hot dogs, and bagels get all the love when talking about iconic New York food. But let's not forget the humble cheesecake. It was invented long ago by the Greeks, modified by the Romans, and eventually came into its own here in New York. The Italians claim pizza, the Germans get hot dogs, the Jews have the bagels—but the cheesecake belongs to all New Yorkers.

Before people freak out in the comments, I purposefully did not include Junior's. They may have reigned supreme at one time in the NY cheesecake landscape, but today their manufactured cakes taste like they came out of a factory.

Here are my favorite, and hence the best, cheesecakes in the city. 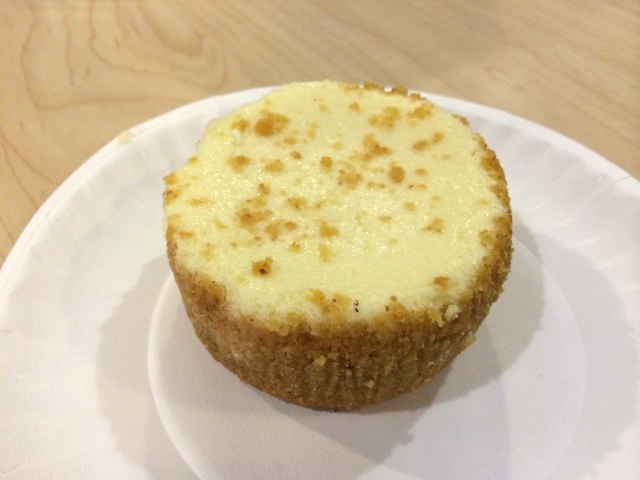 EILEEN'S SPECIAL CHEESECAKE: The debate rages on over NY-style (dense, cream cheese based) and Italian-style (light, ricotta based). For those that like something in the middle with the perfect balance between dense and fluffy, sweet and tart, we have Eileen's. Cheesecakes here come in three different sizes—not to mention a personal mini option. The thin graham cracker crust adds just the right amount of texture and Eileen's gets major points for branching out from the usual strawberry and marble by rotating over 25 different flavors, including Salted Caramel, Peanut Butter, and my personal favorite, Chocolate Bourbon. 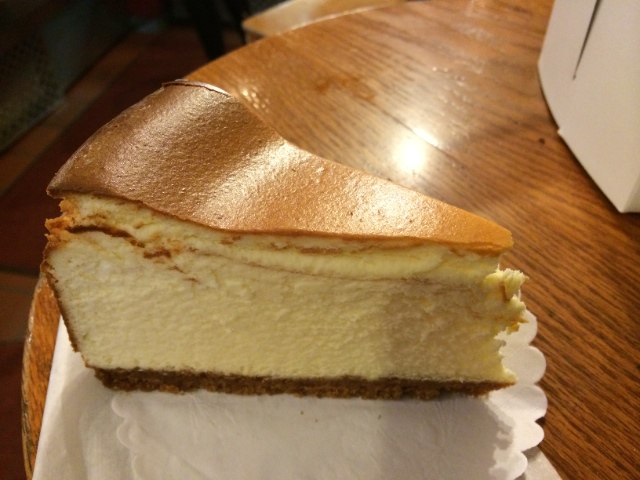 TWO LITTLE RED HENS: Two Little Red Hens gets a lot of attention for their Instagram-worthy cupcakes, but the real star here is the ethereal New York cheesecake. Crowned with a stunning browned top and finished with a buttery, crunchy graham cracker crust, this specimen is a study in cheesecake textures. The base itself is a heavenly cloud of silky perfection—walking that fine line between sweet and sour. It's everything a New York cheesecake should be. 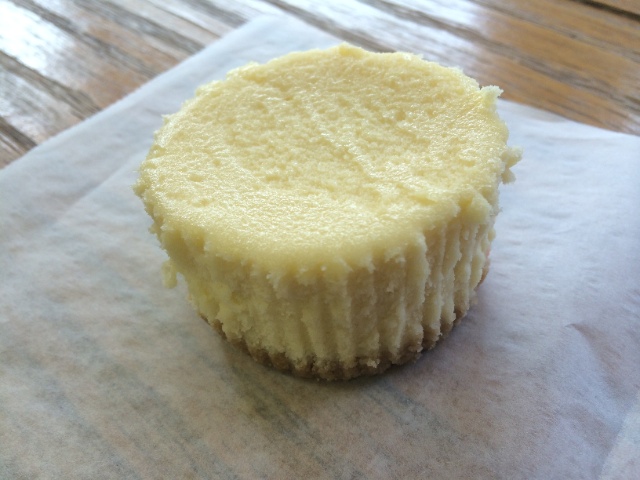 LA CHEESECAKE BAKE SHOP: Some cheesecakes sit on a graham cracker crust, others go crustless, and some have a spongey cake bottom. The only place I've encountered that gets the sponge crust just right is La Cheesecake, in College Point, Queens. The production bakery doesn't have a seating area, but welcomes visitors to buy full cheesecakes or an array of miniature ones. Their cheesecake has a smooth, creamy center featuring that unmistakable cream cheese tang. The sponge cake crust remains firm and fresh providing a wonderful base for the cake above. 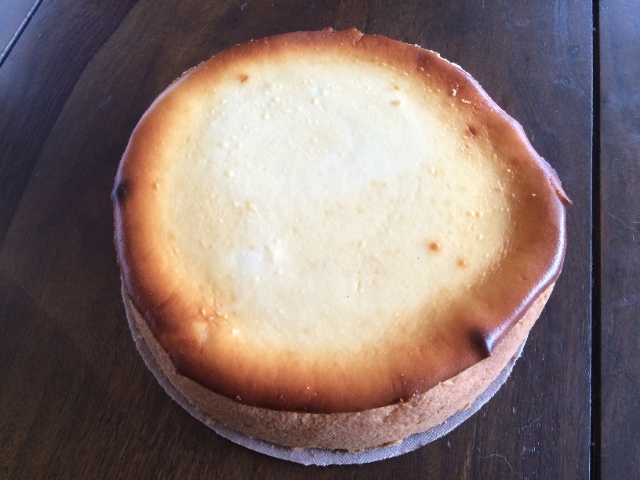 S & S CHEESECAKE: While this old-school kosher bakery has a small retail storefront, they don't receive many visitors. The commercial kitchen is only open weekdays until 3 p.m. and it's located in a residential neighborhood of the Bronx. Once you arrive, you can only buy full cakes to take with you, no sitting around and eating the slices on premises. It's well-worth the trip because this is the best all-cream-cheese-cake in the boroughs—smooth and rich, browned on the edges with the proper sweet to tart ratio. The light spongey crust feels like an exciting extension of the creamy slice. If you can't make it to the Bronx, their cheesecake is also sold by the slice at some local restaurants, including Peter Luger. 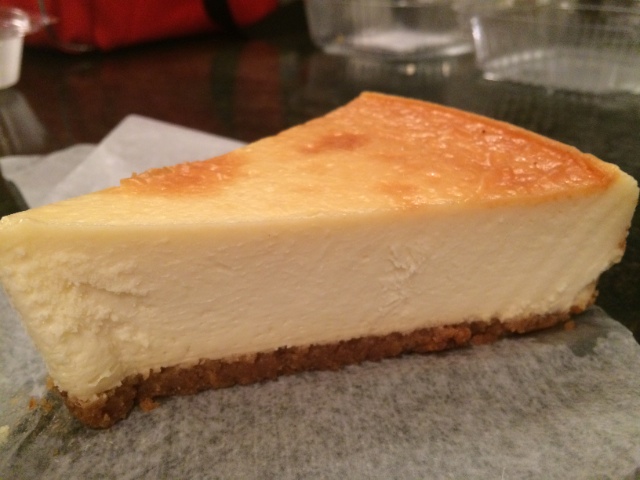 FAIRWAY MARKET: Sometimes you are picking up your groceries for the week when a cheesecake craving strikes. Most NYC grocery stores stock the ubiquitous dessert, but few bake the cheesecake themselves. Fairway concocts the best grocery store option at their commercial bakery up in Harlem. Available as a slice or a full cake, it puts the other pre-packaged options to shame. It leans on the tangy side, with just a hint of sweetness and its dense texture easily melts in your mouth. This should be at the top of every grocery list!

Fairway Market has 15 locations in the New York area, including five in Manhattan, one in Brooklyn, one in Queens, and one in the Bronx; fairwaymarket.com 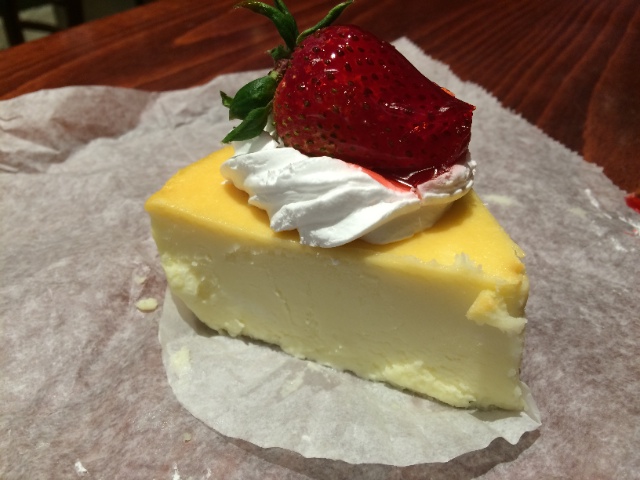 JEAN DANET PASTRY: Only in this city could you find excellent New York cheesecake at a French bakery in the middle of an Italian neighborhood. ﻿Truth be told, the current owner of Jean Danet is Pat Giura, who is Italian, but classically trained in French pastry. So let's call the pastries Italian-French fusion. Regardless, he makes a beautifully composed slice of cheesecake. He trades in a crust for whipped cream and a gorgeous glazed strawberry. The sweet flavors are tamed with sharp cream cheese notes that also add to the pastry's velvety texture. 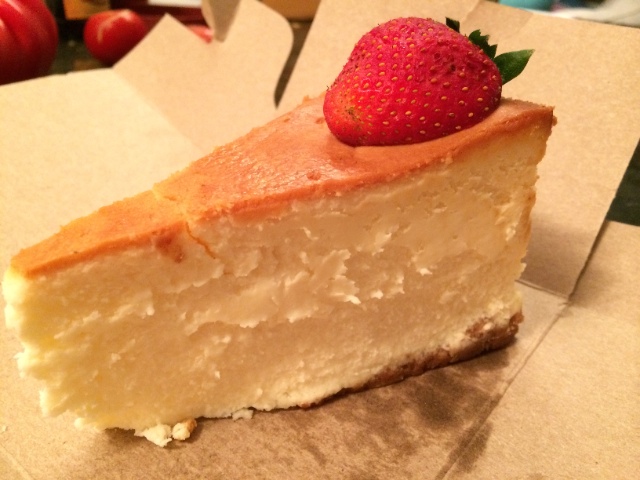 MARTHA'S COUNTRY BAKERY: ﻿The Greeks invented cheesecake back in ancient times as an energy booster for participants in the first Olympic Games. If only it was still considered health food! Martha's Country Bakery is a Greek owned bakery in Queens that is making an exceptional cheesecake, though I can't imagine it resembles that original ancient recipe. The options here include Missippi Mud and Lemon Coconut, but I like to stick to the original. Topped with a large strawberry, the tangy cake has a hint of lemon and remains both creamy and decadent. 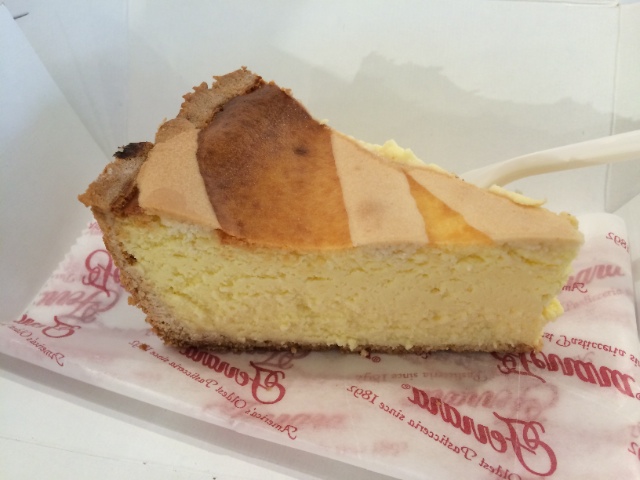 FERRARA BAKERY & CAFE: Many people have written off the Little Italy neighborhood as a tourist trap, and in some cases, that's true. But then you'd miss the fine pastries that Ferrara, the oldest espresso bar in America, is whipping up. Past the rainbow cookies and cannolis, you can find stellar examples of both New York and Italian-style cheesecake. The first is dense and smooth while the other is fluffy and citrusy (with bits of candied orange peel hidden in the base). Just come at an off-hour to avoid the guide book-toting tourists. 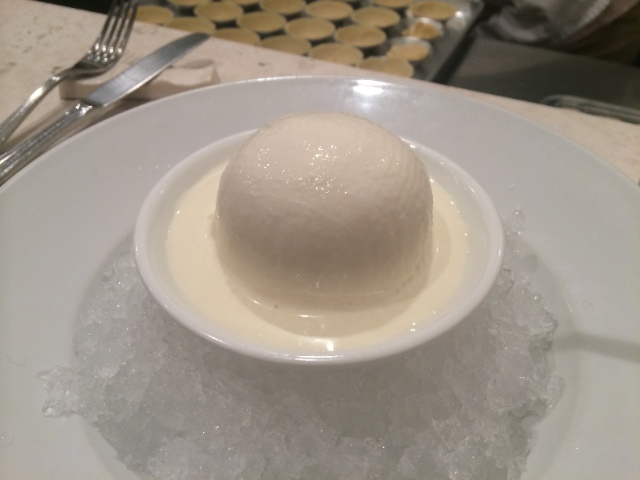 CHIKALICIOUS DESSERT BAR: And then we come to the rebels. Cheesecake has a history of being re-invented and pastry chefs throughout New York today are having fun with it. My favorite is the now legendary sphere at Chikalicious Dessert Bar. Owner Chika Tillman turns her back on the dense versus fluffy debate and makes something brand new. This stark white orb is part of a $16 prix fixe menu and can only be described as a cheesecake cloud. Composed of fromage blanc, the delicate whipped cream-like texture sits in an island of sweet creme anglaise. It's a true game changer.

Chikalicious Dessert Bar is located at 203 East 10th Street between First and Second Avenue in the East Village (212-475-0929, chikalicious.com) 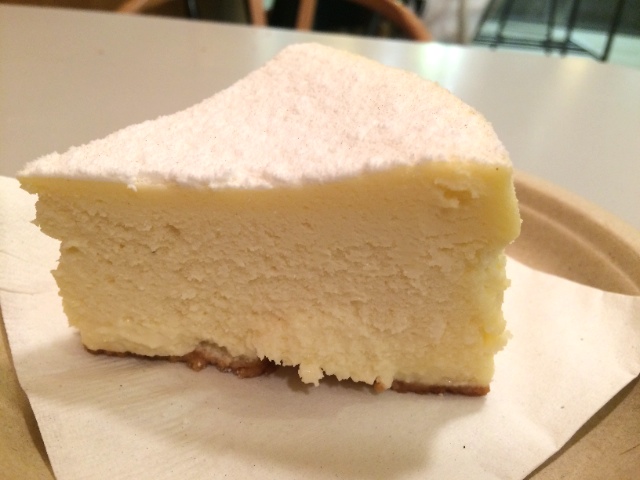 BREADS BAKERY: ﻿This place gets all the attention for its amazing chocolate babka, but it should be a crime to overlook their impeccable cheesecake. Israeli Chef Uri Scheft doesn't take sides when it comes to the Italian versus NY cheesecake debate. His original creation is dusted with powdered sugar and backed by a soft crust. It's impossibly light and airy with a hit of lemon coming through the cream cheese tang. It's almost as if New York cheesecake and lemon meringue pie had a lovechild. Let's be thankful there's no cheeky name for this dessert hybrid.