The 10 Best Cheap Eats In NYC

New York might be the land of the $295 burger (is that still a thing?), but not every dining experience in this city requires access to an Am Ex Centurion Card. All of the best dishes here run under $10, and while the presentation might not be as darling as it is at the city's more refined establishments, the food will fill you up, and it'll taste damn good. Here are our favorite cheap eats; as always, leave yours in the comments. 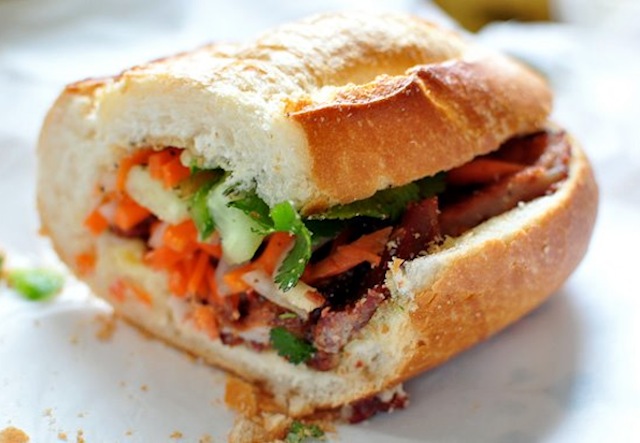 HANCO'S: For affordable banh mi, look no further than this Vietnamese mini-chain, which serves the cheap traditional sandwiches at all three of its Brooklyn locations. $6.50 will get you a classic banh mi—pork, ham, pate, mayonnaise, cucumber, pickled carrots, daikon radish and cilantro rolled compactly in a toasted french baguette. They've also got chicken, pork-chop, sardine and veggie banh mi, each for $6.50 as well, and you can wash your meal down with a milky, tapioca ball-filled bubble tea; they come in flavors like almond, coconut, strawberry and mango, and cost $4 for a small each. 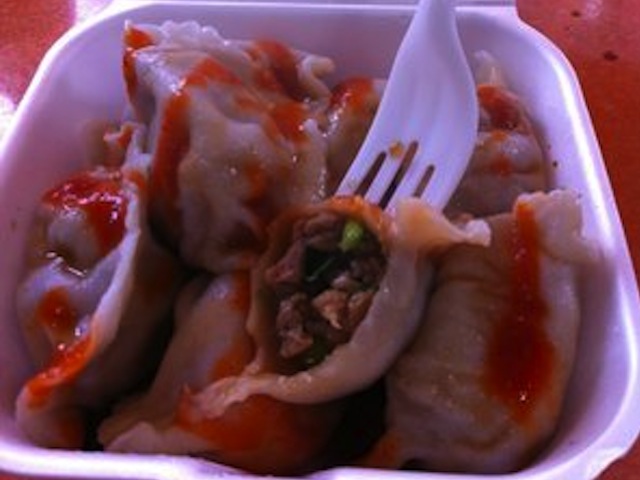 C&C PROSPERITY DUMPLING: This hole-in-the-wall dumpling spot is pretty easy to miss if you're just strolling drunk-crawling down Clinton Street, but if you make it inside, you'll find a treasure trove of fluffy, fried, boiled and super-cheap dumplings. A buck will get you four crispy pork-and-chive dumplings straight out of the vat, and $2.50 warrants eight boiled vegetable dumplings wrapped in whole-wheat dough. Plus, they make a killer vegetable sesame pancake for $1.50, a fried triangle of sesame bread stuffed with carrots and cilantro that pairs well with any dumpling order. And if you're looking to get even more bang for your buck, C&C's flagship is in Chinatown, where the standard dollar exchange gets you an extra dumpling.

C&C Prosperity is located at 69 Clinton Street between Stanton and Rivington Streets on the Lower East Side (212-343-0683). 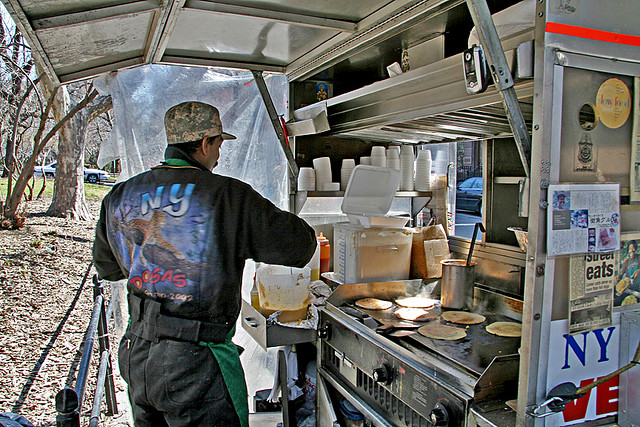 NY DOSA CART: This Washington Square Park food cart whips some of the best dosas (lentil crepes) in the city, and they only clock in at about $3-$5 each. The cart is run by Thiru Kumar, a Sri Lankan native, and offers a variety of dosas including sadha (plain), rava (semolina), masala (mixed spices), and Pondicherry, which is filled with slow-simmered mixed veggies and potatoes. The dosas are served with chutney and samba, an Indian vegetable stew; Kumar will make them hot or mild to taste, so you don't have to avoid the cart if you're sensitive to spice.

NY Dosa Cart is located at 50 Washington Square South between West 4th and Sullivan Streets in Greenwich Village. Follow them on Facebook. 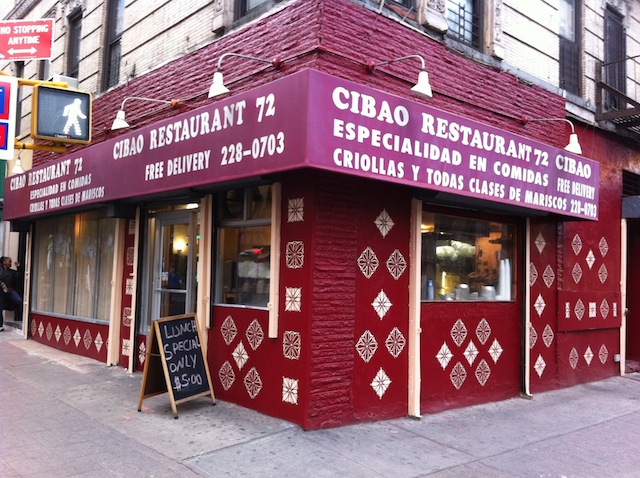 CIBAO: This LES Cuban-meets-Dominican spot is just a few doors down from previously-lauded C&C, and it's a hard choice between the two for the neighborhood's best cheap bite. For $3.50-$7, you can get filling roast pork, beef, chorizo, and cubano sandwiches, which we've been informed MUST be serviced with hot sauce for the full experience. And if you're into leftovers, try something off their $10 fried/boiled/quartered chicken menu; you'll get at least three days' worth of food, along with sides of rice and beans.

Cibao is located at 72 Clinton Street between Stanton and Rivington Street on the Lower East Side (212-228-0703, cibaorestaurant.com). Follow them on Facebook. 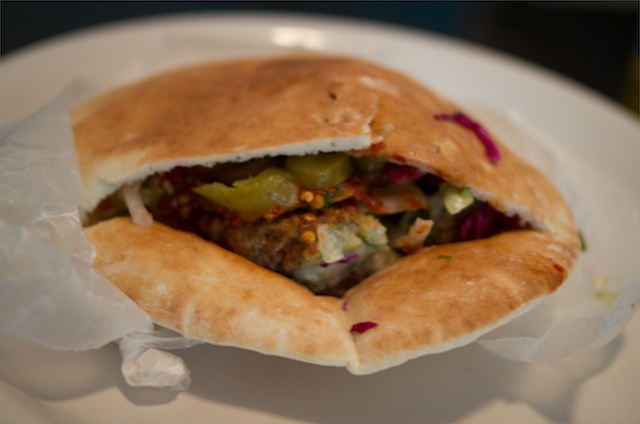 OASIS: The Bedford Ave L stop might be a beacon for some of Williamsburg's more touristy attractions these days, but this Middle Eastern dive just outside the station still makes tasty, inexpensive falafel sandwiches fit for a late-night crowd. For $3, you get a plump, fresh-tasting pita packed with the works—falafel, pickled carrots and radishes, hummus, tahini and Israeli salad. If a sandwich isn't your thing, they also serve vegetarian and meat plates; a $6 veggie platter comes with warm rice, pita, and ample servings of any three salads, like hummus, tabouli and babaganoush. Oh, and they make their own hot sauce. Eat here, embrace life and make a food baby. 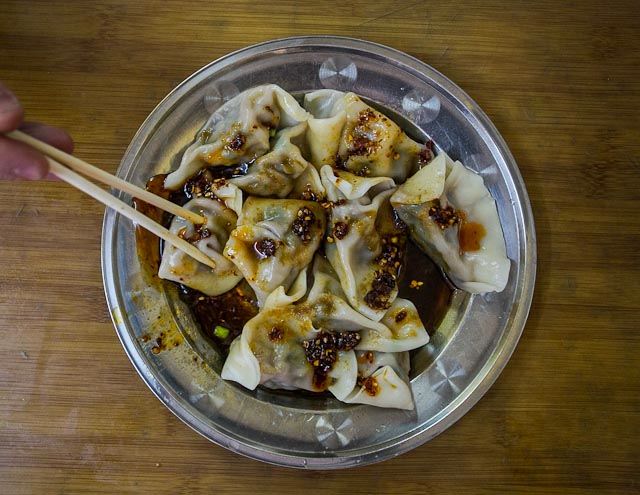 LAM ZHOU: We've praised Lam Zhou's hand-pulled noodle soups and dumplings before, and now we're going to do it some more, because for the paltry sum of $5 (cash only!), you get a giant bowl filled with beef broth, fresh noodles, bok choi and a choice of meats, all topped with a fried egg. And $3 warrants you a plate of 12 steaming-hot dumplings. Run there. Run there now. 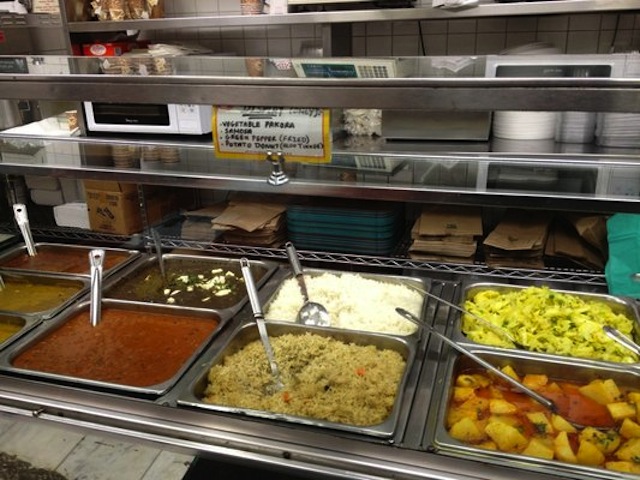 PAKISTAN TEA HOUSE: The authentic, affordable cuisine whipped up at this Tribeca takeout joint appeals to Pakistani natives and newcomers alike, and for under $8, you'll end up with a heaping hot plate of halal and vegetarian dishes. The eatery is open 24 hours, but try to come earlier in the day, when the food is fresher, and dig into entrees like $8 Daal Saag (a pea dish with spinach), served with rice and salad, chicken curry ($6.99) and saag paneer (spinach and cheese) for $5.99. And definitely go for the fluffy, buttery naan ($1.49) to help you mop up the extra sauce.

Pakistani Tea House is located at 176 Church Street between Duane and Reade Streets in Tribeca (212-240-9800, pakteahouse.zoomshare.com). 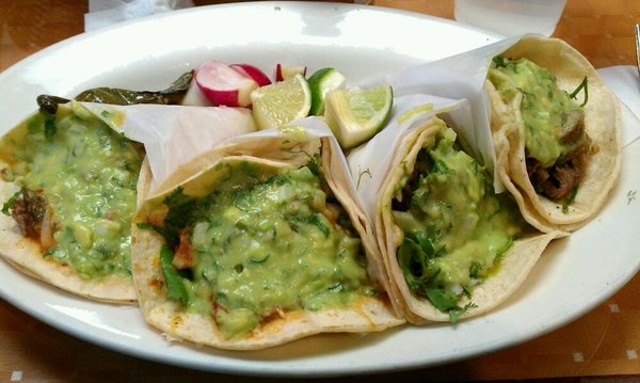 TAQUERIA COATZINGO: Filling up on tacos won't be a problem at this Jackson Heights staple, where tender tortillas stuffed to the brim set you back just $2.50 each. If the enormous, rotating slab of meat sizzling in the window doesn't convince you to order the al pastor, opt for the tripe or just a simple vegetarian filling. Regardless of what you order, expect the meat, onion and guacamole fillings to be barely contained in their corn tortilla shells. If you have a few extra bucks to spend, try out one of the gut-busting cemitas ($7) piled high with meat, Oaxaca cheese, beans, avocado and peppers. (Nell Casey) 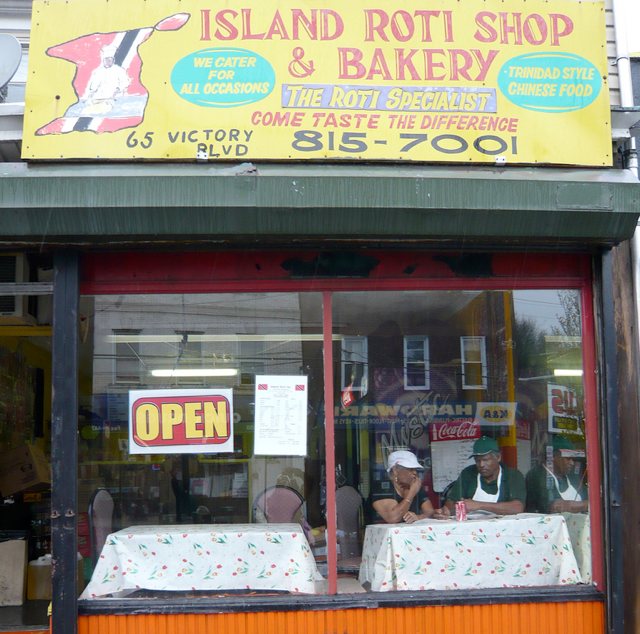 ISLAND ROTI SHOP & BAKERY: We gave you 35 reasons to visit Staten Island but here's one more for the list, in the form of delicious roti from this tiny, no-frills Trinidadian spot. The enormous Beef Roti—think of it like a really flavorful wrap—with house-made hot sauce sets you back just $5, with guaranteed leftovers for a snack later in the day. We promise it's better than a chain burger (Nell Casey) 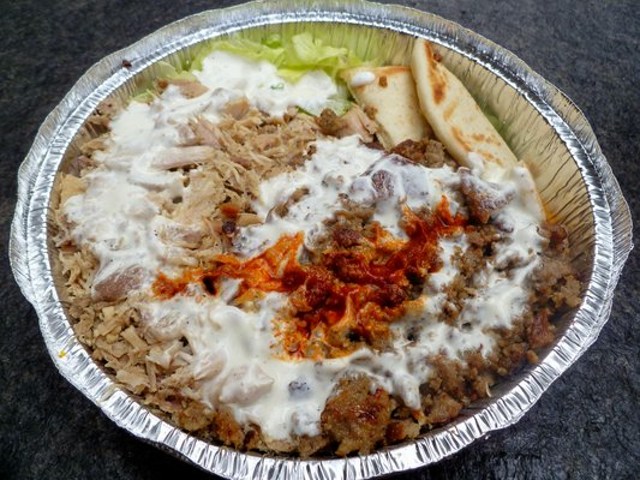 THE HALAL GUYS: Before the haute food truck scene became the norm, this midtown institution served mobile street meats to the hungry office drones on the corner of 6th Avenue and 53rd Street. Since their inception they've now expanded to two trucks, which set up on opposite corners of 6th Avenue, operating nearly 24 hours a day. The perpetual lines outside the carts might look intimidating, but the experienced pros at the flat top keep it moving quickly so you won't spend your entire lunch break in the queue.

$4 buys you a hefty stuffed pita filled with chicken and/or lamb plus salad, with generous squirts of incendiary red sauce and addictive white "Valhalla Sauce." You can upgrade to the gut-busting platter for another $1 or $2 if you want the whole shebang over rice. Vegetarians can opt for crispy fried falafel balls for an extra $2. (Nell Casey)

The Halal Guys trucks are parked on opposite corners of 53rd Street and 6th Avenue.