Wow! After a few rather long and tortured years—including a flirtation with food trucks— in figuring out what the city would do with the Tavern on the Green space, the city has finally anointed the new operator for the coveted Central Park venue—and the chef will be the beloved Katy Sparks!

The Parks Department just issued a press release, noting that Commissioner Adrian Benepe and the City are "prepared to award a 20-year license term to the Emerald Green Group for the operation and maintenance of a high-quality casual restaurant and outdoor café at Tavern on the Green... The Emerald Green Group principals, Jim Caiola and David Salama, have operated Beau Monde and L'Etage in Philadelphia, a popular and well-reviewed restaurant & bar, for over a decade. Katy Sparks, their executive chef for Tavern on the Green, has extensive NYC experience including The Quilted Giraffe, Bobby Flay’s Mesa Grill and Bolo, and Quilty’s in Soho where she earned many accolades including being chosen as a 'Top Ten Best New Chef in America' by Food & Wine Magazine."

Benepe said of the Emerald Green Group, "They have done an outstanding job with Beau Monde in Philadelphia and their vision for the iconic Tavern on the Green will create a casual restaurant and outdoor café that everyday park goers, neighbors and visitors can enjoy. The result will be a destination that will attract and delight all park patrons, and bring new life back to a site that has provided dining in the park for 75 years," while EGG's Jim Caiola said, "Tavern on the Green is one of the most amazing places in the world. When I lived in New York in the early 80s, I celebrated many milestones at Tavern on the Green. I’d look around and feel the magic of celebration, and I knew that one day I would be back. David, Katy and I feel lucky to have the opportunity to create the magic again in a new and fresh environment that re-focuses the experience. I‘ve known Katy since the early 80s and have nothing but respect for her innovative, focused, and immense love for food." 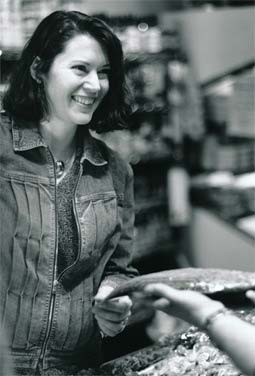 And Sparks said, "The timing is perfect, Tavern on the Green is an offer that one just doesn’t refuse. It’s the one project I can think of that would lure me into leading a kitchen again." Sparks's Soho restaurant Quilty's, which opened in 1997, received two stars from Ruth Reichl, who rhapsodized, "Her cooking is quirky and often exciting... Ms. Sparks is very bold with seafood. And very successful. She roasts mussels in a potent mixture of chopped almonds, garlic, butter and thyme, which gives them a wholly unexpected character. She folds shrimp into little parchment packages, tucking in squash, coriander and lime before steaming; the result is absolutely delicious. Another entirely successful dish teams lobster with the elusive sweetness of papayas and the subtlety of truffled potatoes." More recently, she's been consulting on various projects.

The re-imagined Tavern on the Green will include "a casual restaurant and bar, and outdoor café, that will honor the original design intent of the Olmsted and Vaux park plan and exist in harmony with its naturalistic park setting."