Tavern on the Green Settles Discrimination Lawsuit for $2.2 Million 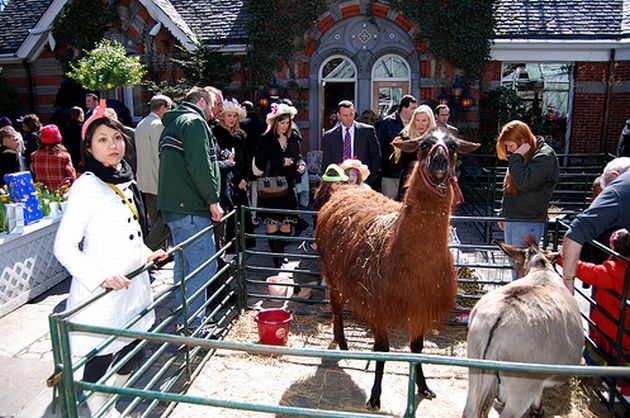 Photo of Tavern on the Green petting zoo courtesy Pixietart.

Central Park’s Tavern on the Green – which Wallace Shawn best described in a thinly-veiled allusion as that “always overcrowded café to whose allure all visitors to the park would eventually succumb on even the nicest days, despite the well-known quality of its ambiance and food” – has agreed to cough up $2.2 million dollars in a discrimination lawsuit.

The U.S. Equal Employment Opportunity Commission brought the lawsuit against Tavern last September, after Manhattan D.A. Robert M. Morgenthau dismissed charges leveled in 2005 by Martha Gatkuoth, a former hostess. Gatkuoth, who is black, claims that Leon Drogy, a manager who has since resigned, used racial epithets toward black and Hispanic employees, repeatedly grabbed her buttocks and breasts, and asked for sexual favors. Drogy also reportedly referred to Hispanic employees as “ignorant immigrants.”

Four other employees joined the lawsuit brought by the E.E.O.C., which asserted that the restaurant was liable for damages because management “knew or should have known of the severe and pervasive harassment, yet failed to exercise reasonable care to prevent and correct promptly the harassing behavior.” When the lawsuit was filed, the restaurant’s management said it had conducted an internal investigation and determined that the accusations were devoid of merit.

#central park
#discrimination
#food
#harrassment
#lawsuit
#restaurant
#tavern on the green
Do you know the scoop? Comment below or Send us a Tip