We've got world class beer in the five boroughs, to be sure, but the Nutmeg State is just a short hop on the interstate or MetroNorth and boasts some incredible breweries—many of them opened in the last few years—and probably has some better foliage than NYC to boot.

Visiting Connecticut for last weekend's Sun BrewFest at Mohegan Sun, we met many exciting new brewers—and some more established ones—and their wares, sampling beers from a dozen different breweries, brewpubs and taprooms located conveniently off I-95 or one of Connecticut's commuter rail lines. Below, our favorite spots to visit for a timely autumnal visit and mini beer crawl across southern CT. 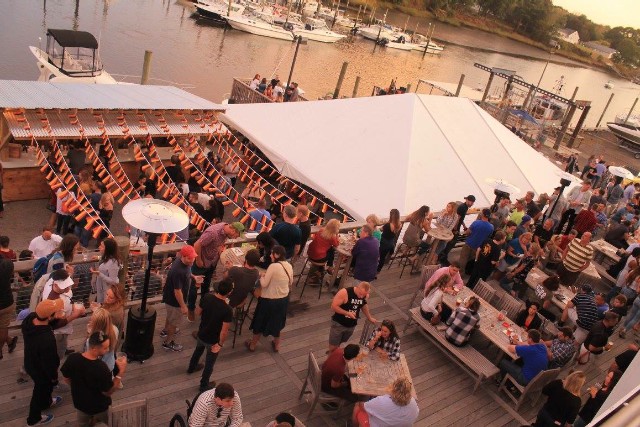 STONY CREEK This two and a half-year-old brewery in Branford markets its beers as "aggressively laid back," which is how you'll probably feel after knocking back a few pints at the brewery overlooking the Branford River. If the weather's mild, sit outside on the brewery's decks or out on the riverbank, where you can watch locals motor in and out (or cruise up in your own boat, should you be so equipped); if it's cold, head inside to their taproom or take a tour of the brewery, which they offer on Saturdays and Sundays at 2 p.m. and 4 p.m.

They offer some unique options if you're bored with regular IPAs, including the Crimsang (a double IPA with fresh blood orange juice) and the wild Stony Joe, a "golden mocha stout" that smells like fresh coffee and drinks easy like Sunday morning. The brewery collaborates with other local CT companies for its infusions and ingredients, including RIPE Craft Juice from New Haven and Redding Roasters Coffee Company in Bethel. 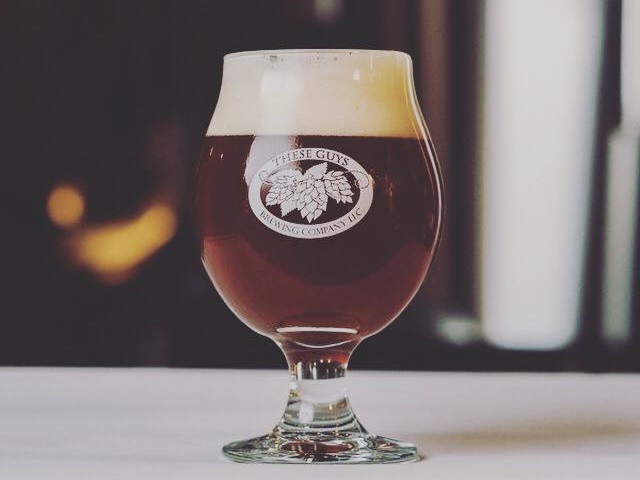 THESE GUYS BREWING COMPANY The guys (and gals) behind this Norwich brewpub take the beer as seriously as they take their food, offering a seasonally rotating cast of beers brewed on site, in addition to a seasonal menu of beer-appropriate dishes. Brewer Becka Alberts—one of the few female brewers in the state—began her company with the Thames River Red, what's now their flagship amber brew that's always on tap at the brewery. We're fans of the Little Barbarian, though, a cloudy, super hopped Double IPA that the brewery describes as "a heavily-malted battle ax to the palate."

Regardless your preferred style, they'll have an eclectic lineup of their own brews plus additional kegs from other CT breweries and points beyond. Tuck into a pint or three plus a plate of beer queso nachos or ale battered fish and chips and chill out in their cozy taproom space. 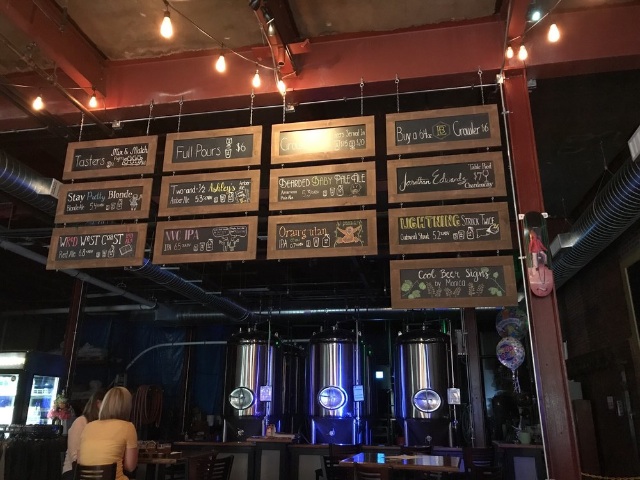 EPICURE BREWING Located just down the block from These Guys, this brand-new brewery—it opened over the summer—already has a taproom with nine beers on draft for sampling if you pay them a visit. Brewer Ken Thiffeault recently debuted the Oran-g-utan, an American IPA with lots of citrus, a good crossover beer between summer and winter. We're also fans of the Lightning Struck Twice Oatmeal Stout, an intensely malty beer—great for winter—that the Thiffeault family created after they lost their home in a fire after lightning struck it for the second (!!) time.

The smallish taproom is handsomely decorated in brick and dark wood and they charmingly serve their beer flights inside muffin tins, which seems quaintly New England. You'll get views onto the brewing floor, too, and they have games plus menus from local restaurants so you can make a day of it. 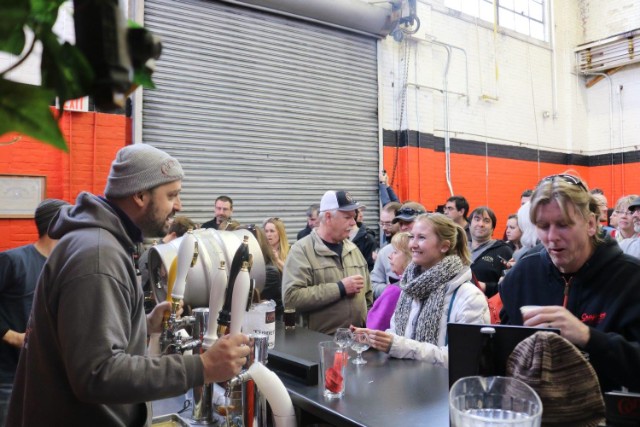 COTTRELL BREWING CO. The oldest CT brewery on this list, Cottrell was founded in 1997 in Pawcatuck, CT right on the boarder with Rhode Island. Brewer Charlie Buffum's first beer was the Old Yankee Ale, their flagship amber ale that they're still brewing today. In their 20 years, the brewery has had time to expand their regular lineup to include Mystic Bridge, an IPA; Perry's Revenge, a Scotch ale; and several other regular brews in their rotation.

They can't sell pints of their beers at the brewery, unfortunately, but they'll pour you free samples of any and all of the beers currently in the tap rotation. And since they've also been trusted by other smaller brewing companies to contract brew, that means some unique beers are likely to be on offer for a full tasting. You can fill up growlers to take home with you or to the next stop on your brewery tour. 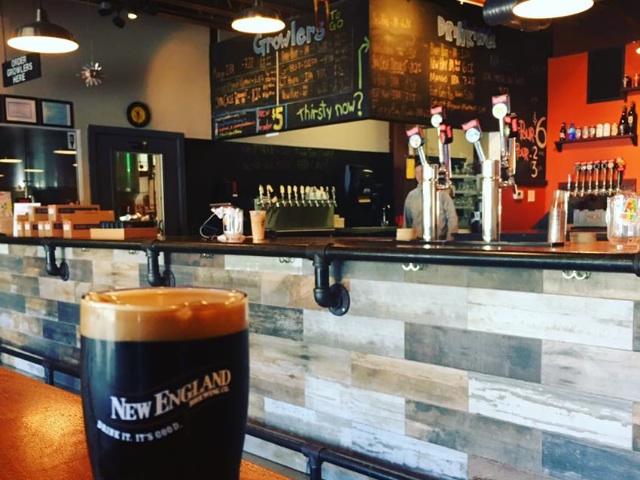 NEW ENGLAND BREWING COMPANY There have been several incarnations and locations of this brewery, but the current iteration lives on Amity Road in Woodbridge, a suburb of New Haven. Operating at that location since 2013, NEBC's taproom offers pours, growlers, cans and bottles of their many different types of beers depending on the season. If it's available, definitely check out the G-Bot, a Double IPA made with four different types of hops but enough fruit to keep it balanced.

Besides the beer, the space hosts lots of events, including comedy nights, yoga, and beer release parties. Best of all, however, is their adorable brewery dog Mosely, who comes from a long tradition of brewery dogs who have called NEBC home. 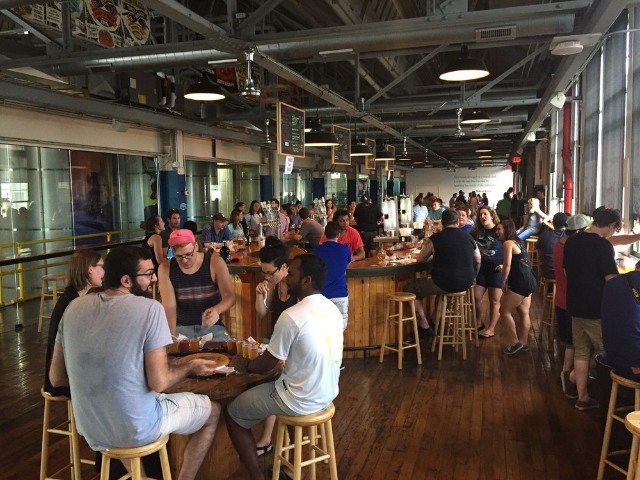 TWO ROADS BREWING COMPANY You can find this massive brewery's offerings in NYC, but visiting their tasting room and beer garden is an experience for the craft brewing completist. First of all, it's massive, brewing not just its own stock but also crafting beers for 13 other breweries. They offer tours of their facility—which is expanding even further in 2018—and on weekends will even pick you up from the train station in their "12 Pack" beer bus.

Conntucky Lightnin' is a great cold weather bet, clocking in at 8.5% ABV with a finish in bourbon barrels. If longevity's your aim, try the Lil Heaven Session IPA, a canned number with fruit and malt flavors that's a multi-beer friendly 4.8% ABV. The brewery also has a regular rotation of food trucks to keep your belly sated with something more than just alcohol.