Last week we told you that Taco Bell was releasing Chipotle-slaying new menu items, and we tasted the new Cantina Bell Burrito Bowl, for journalism. Below is an oral history of the tasting, as told by various parts of the reporter's corpus that were affected by what was ingested. All quotes (and tears) attributed to Taco Bell's press flacks are real.

Stomach: When Brain told us that we'd be tasting a healthier, cleaner Taco Bell, we had mixed emotions. Sure we'd been sated by Taco Bell's 7-layer-burritos and Crunchwrap Supremes in the past, but we'd also been burned before. He'd promise "no Meximelts this time" but 20 minutes later we'd see an Enchirito slide in and we'd be on Code 13 alert all night and Intestines would have to clean up the mess. Brain's just dishonest, so we associate Taco Bell with tasty dishonesty around here.

Intestines: We were deeply, searingly, rumblingly, disappointed with this assignment.

Brain: Tasting Taco Bell's new Cantina Bell line was a unique opportunity to revisit the flavors of my youth but in a controlled, responsible way. No friends or acquaintances would see us enter or exit a Taco Bell—the tasting was on the 38th Floor of the Empire State Building. A regal setting for what we hoped would be a regal dish: the Cantina Bell Burrito Bowl.

Brain: We first sat down to Taco Bell's new salsas: pico de gallo, fire roasted corn-salsa, and their "new guacamole." As celebrity chef Lorena Garcia explained, the chain no longer uses a "guacamole gun" to dispense guac, opting for some ladling technique instead. However, the idea of a "guac gun" did seem strangely appealing… 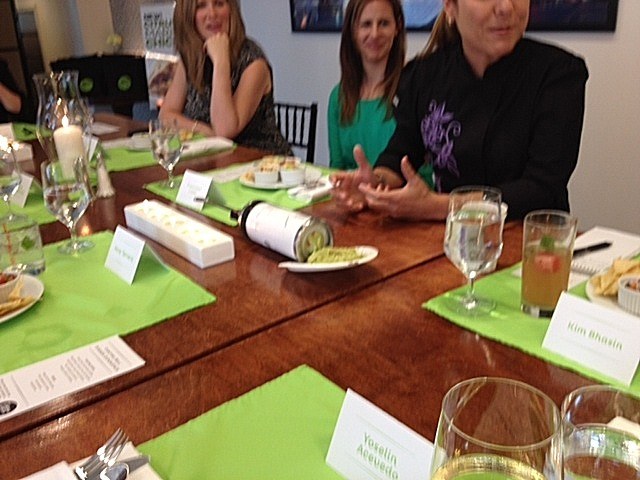 This is what a guacamole gun looks like (Gothamist)

Buds: Guac was sufficiently chunky but bland, it needed something—maybe some kick? Corn salsa was cloyingly sweet. We liked the pico de gallo best, as it tasted like something we hadn't had at Taco Bell before: actual vegetables.

Brain: Here came the hard sell. Chef Garcia started telling us how she wanted to "change the world" with a list of 26 new ingredients, but soon found that was unrealistic (a new launch at Taco Bell typically includes one). Taco Bell compromised with seven. Someone asked about the possibility of a fish taco, and Garcia said she asked about it but "I realized that Taco Bell is so huge, you can literally make a species extinct." No wonder I hadn't see any Chalupas in the wild in a really long time.

Stomach: Those few chips that Brain threw down here were fine and all but by 8 p.m. we were dangerously close to falling into hunger catatonia—in other words, they could have sent us mayonnaise tamales wrapped in cat hair and they would have been welcomed as liberators. Not an ideal time to be making sound decisions about ingesting Taco Bell. This seemed planned, but that's beyond my pay grade.

Brain: The Cantina Bell Burrito Bowl came out and it looked big. Chipotle big. The marketing manager at Yum! Brands kept saying something about "food for the price point" ($4.79) but I had a difficult time not rolling the press release into a funnel and dumping it down to Stomach. It was past 8 and he was getting pissed. 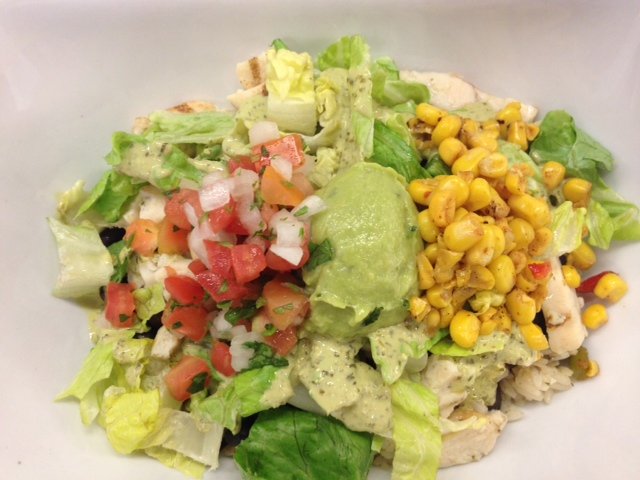 Close-up of the bowl (Gothamist)

Buds: It was light and flavorful, but what flavor it was we weren't sure—was it the "creamy cilantro dressing?" The rice tasted better than Taco Bell's usual stock, and all the flavors worked well. Chicken was disarmingly moist, but then Brain had to go ruin it and ask if it was grilled in-store.

Brain: It is not. This is still Taco Bell, people. When the marketing folks were cooing over the "transparent" take-out container for the dish, I wondered if they would ever switch to Chipotle's mostly-transparent assembly line system. I was told 70% of Taco Bell's business is drive-thru, so that would just take too much time and involve costly physical changes to the chains nearly 5,600 stores. By contrast, Chipotle has around 1,200 stores. And the sour cream guns, sauce guns, other we'd-not-think-about-it guns? They're still around. "We're working on a sour cream gun ban," one flack said, like a Civil War surgeon "thinking about" wiping the blood off his operating table every 15th amputation.

Stomach: No complaints here! Well, at first. You know that feeling where you're really full, like really, eerily full and there's a slight tickle in your gut of an unknown origin? Like someone has their hand on the bottom of the table where you're playing Jenga and they could just flip it at any time? We're still trying to figure out what that is exactly.

Brain: Maybe Stomach's queasiness comes from the pitches that I was barraged with during the meal. After being told how happy Taco Bell's regional managers were with the new menu items, one flack said, "They finally have something to be proud of, and," this was when she began to choke up. With actual tears. "I'm sorry, but this is just a really big deal!" she said, laughing. She was not laughing when she said this: "This is an opportunity to change the world, it's not just for publicity." Still—and check with Stomach on this—I don't think we had any gag reflexes after that comment, perhaps it was the three Pacificos?

Buds: It gradually began to set in that we wouldn't get to play with any of the regular menu items. No sour cream, no cheese, no Cinnamon Twists. NO CINNI-TWISTS.

Stomach: We were full, absolutely. Can't deny that. No fires to put out either.

Brain: I knew I had consumed around 560 calories, and I was full. The actual chicken burrito carries 760, but that's still considerably less than what we'd normally eat at Taco Bell. Yet customers will be allowed to add cheese and sour cream. If there was a singular moment during the meal that settled any doubt as to whether these new items were important or not, it was when one of the flacks said, "40% of America will be eating this rice bowl." With 36.8 million customers per week at around 5,600 stores, that's likely true. And if it's also true that the Doritos Locos tacos created 15,000 new jobs, why the hell isn't President Obama running on a Taco Ticket? Oh, right.

Intestines: At approximately 03:04 hours on Friday, June 8, we responded to a case of Taco Bell and handled said matter accordingly. There is no criminality suspected.

#cantina bell
#doritos locos
#lorena garcia
#taco bell
#original
Do you know the scoop? Comment below or Send us a Tip
A new Gothamist is coming! We’ve moved comments over to our beta site. Click here to join the conversation and get a preview of our new website.