Still Got It: Williamsburg's Donna & Its Terrific Taco Happy Hour

There's something consistently relaxing about Donna, the pretty but unpretentious cocktail lounge and taco purveyor on Williamsburg's Southside. Part of it has to do with the way the bar's dreamy, vaulted ceilings evoke some Mediterranean hideaway where the climate's so temperate the windows have no glass. But I think it's also attributable to the convivial staff, who often seem pleasantly surprised and genuinely friendly whenever I wander in, which I've been doing more often lately because of their solid happy hour taco special. 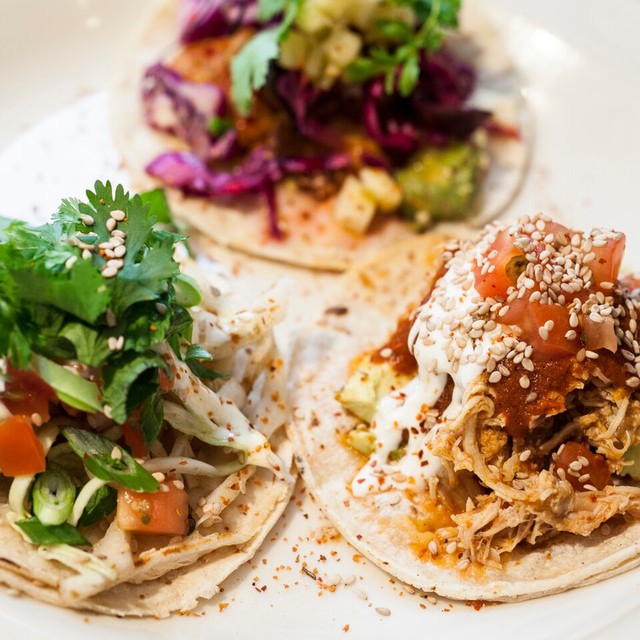 Donna opened in 2012 but closed in 2013 after a devastating fire. It didn't reopen until last summer, and since then a fruitful partnership with Brooklyn Taco has been supplanted by an even better in-house taco menu created by Eduardo Sandoval, a former cook for both Mission Chinese and Cantina. Sandoval, an El Paso, Texas native, knows his way around a taco, having polished his craft with a local taco cart called El Broncito.

I am pitifully addicted to Donna's shrimp taco, which is marinated in garlic, ginger, parsley and "Vietnamese herbs," and served with a charred scallion mayo, fermented white cabbage and daikon. It's become my favorite taco, and possibly my new favorite menu item in NYC. (Sorry Lure shrimp tempura.) If there's a better shrimp taco being made right now in this town, please let me know, but I doubt it. I fucking doubt it.

Donna is also currently serving a seasonal squash taco that's very tasty, and a trusted carnivore friend assures me the slow roasted pork taco is on point. All of these tacos cost $4.25, which ain't cheap, but they're pretty substantial. (The shrimp taco is $4.50 but that's what you pay for the relentless pursuit of perfection.) 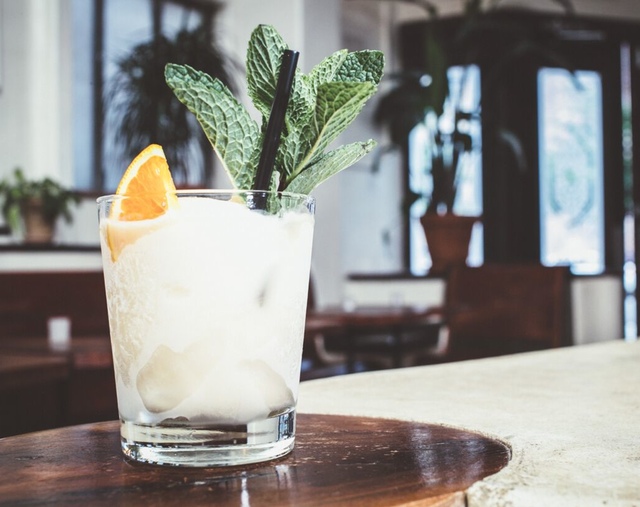 The thing to do is to visit Donna on any weeknight between 5-7 p.m. and take advantage of their $12 happy hour taco special, which gets you two tacos and a draft cocktail. What's a draft cocktail? It's Donna's way of filling drink orders fast on busy nights, but that doesn't mean the quality suffers. The Frozen Brancolada, which runs out of a frozen drink machine, is Donna's twist on a Piña Colada with Jamaican rum and Fernet Branca Menta. It has a distinctively coconut flavor with hints of fresh mint. It is the best, especially when you're hot and sweaty from the bike ride home.

The other draft cocktails—the Aperol Spritz, Paloma, and Dizzy Izzy Soda (a tweak of the classic Bizzy Izzy highball)—flow out of a beer draft system that was "specially augmented" for cocktails. Owner Leif Huckman says, "Currently all of our drinks are carbonated, but we have the ability to run still (stirred) cocktails through the system (like a Manhattan) using nitrogen to push the lines instead of CO2 as well." What a great time to be alive.

#donna
#still got it
#williamsburg
#original
Do you know the scoop? Comment below or Send us a Tip