Still Got It: The Spotted Pig

In this city, restaurants come and go faster than you can say "sustainable locavore burger." And even though there are great new additions to the culinary landscape popping up every week, you've gotta give kudos to anyone who can stick it out for over a year. With that in mind, we bring you Still Got It, our tribute to establishments that continue to serve mouthwatering meals and drinks long after the buzz has faded—or if the lingering hype is still justified.

It's a testament to the kitchen's prowess that a decade after opening, The Spotted Pig still boasts waits of an hour and a half for a table—even on a Monday evening. April Bloomfield and her business partner Ken Friedman have since gone on to open multiple buzzworthy restaurants like The Breslin, but their original gastropub still pulls in regulars and pilgrims who know a proper pint and a plate of high quality comfort food are well worth the wait. 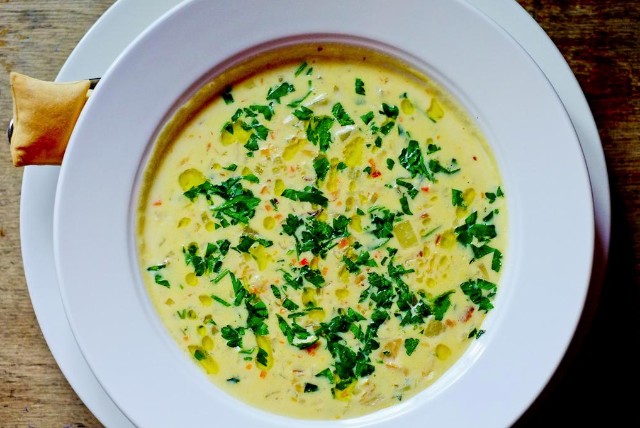 The menu's gone through a bit of tinkering over the years, but many of the dishes are just seasonal variations of familiar dishes. The restaurant's incredible gnudi, pillowy and cheesy, are well worth an order, same with any of the excellent bar snacks, like the Roll Mops (pickled herring) and outrageously good Chicken Liver Toast, with meaty chunks of liver on crusty bread. In the winter—or heck, anytime of year—the Smoked Haddock Chowder should be part of your order, amped up with salty pancetta and puffed crackers that put the oyster variety to shame. 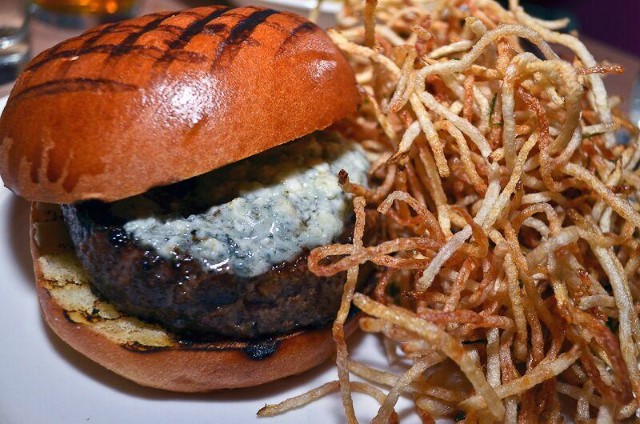 But if there's one dish that has defined the restaurant and drawn shopping bag-laden tourists into the cozy bi-level space it's the burger. In a town practically drowning in ground beef, Bloomfield's version topped with Roquefort cheese still manages to cut through the noise. It's so outrageously popular that the restaurant sells 75,000 burgers per year, bringing $1,575,000 in burger sales. It's a burger that has truly lasted for 10 years of buzz.

On a recent visit, there was a satisfying mix of clientele—from the aforementioned tourists to a group of decidedly drunk and appropriately raucous young men—which further explains why the restaurant continues to be such a success. It's one thing to kowtow to wealthy New Yorkers who're willing to part with big bucks for their burgers; it's another to maintain a loyal following of regular folks who are willing to shell out the $21, knowing it'll be worth the expense. And it doesn't hurt that everything else on the menu totally rocks, too.

#april bloomfield
#ken friedman
#still got it
#the spotted pig
#west village
#original
Do you know the scoop? Comment below or Send us a Tip