Still Got It: Brennan & Carr

In this city, restaurants come and go faster than you can say "ethically sourced ramen burger." And even though there are great new additions to the culinary landscape popping up every week, you've gotta give kudos to anyone who can stick it out for over a year. With that in mind, we bring you Still Got It, our tribute to establishments that continue to serve mouthwatering meals and drinks long after the buzz has faded—or where the lingering hype is still justified.

A few years ago, George, the bartender at Rocky Sullivan's (an establishment that also still very much has it) was talking to myself and a friend about a magical sandwich paradise. "Brennan & Carr boys, you gotta check it out," he told us, talking up their roast beef and frosty mugs of Budweiser as one of the highlights of living in Brooklyn. I took him up on it shortly after, and it turned out George was right about everything: if you want a good messy roast beef sandwich, you go to Brennan & Carr.

Last time Gothamist ate at Brennan & Carr, the Hungry Cabbie suggested that it was in a part of Brooklyn that might not be known to people outside of South Brooklyn. Now though, every neighborhood is facing incursions of the dreaded hipster and the old ways are changing. That hasn't really led to any changes at Brennan & Carr from what I can tell though. 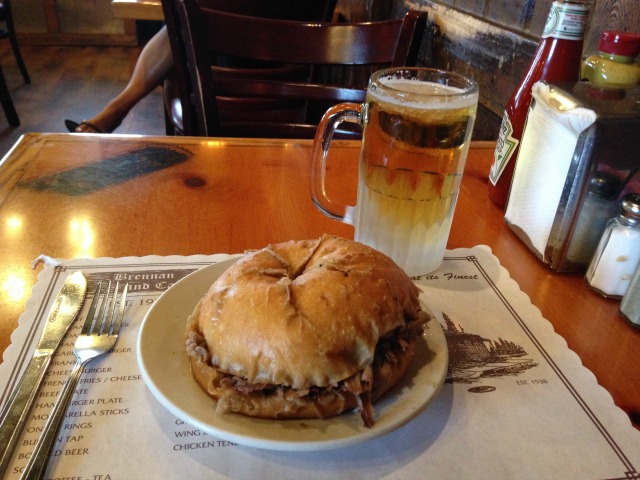 You can still get a frosty mug of Budweiser on tap (the only beer on tap there) and it's still pretty cheap at $3.25. Every time I've been in the restaurant, baseball has been on the TV in the front room. I understand that's more of a consequence of going during the spring and summer, and that they don't have a magic TV that only shows baseball, but I still appreciate it. The menu is still just a paper placemat, with prices tacked on a sign on the wall of the lodge-like dining room. And of course, of course, there's the delicious roast beef. 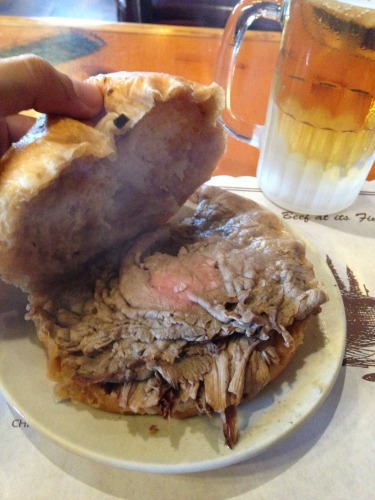 Look, you can get other things at Brennan & Carr—like a cheeseburger or a hot dog—and lord knows I'm not gonna stop you. But if you want to be live your best life, you should get the roast beef sandwich. You usually can't purchase happiness for as low as $6.50 (are The Kids even still selling nickel bags anymore?), so ask for a roast beef sandwich dipped in au jus and then eat some dang happiness. The juice soaks into and through the bottom bun, and the sandwich is messy, and you'll get meat juice all over your hands and you'll probably go through a few napkins. Whatever, keep going. Sop up the last bits of the meat juice on your plate with your last few bites of sandwich. Don't you want to be happy?

Just keep in mind: if, like me, you're stopping at Brennan & Carr on a bike ride back from Rockaway or Coney Island, you'll move a little slower than normal after the sandwich. That extra stomach weight is well worth it though.

#brennan & carr
#sheepshead bay
#still got it
#original
Do you know the scoop? Comment below or Send us a Tip