From Jackson Heights' heady masalas to the pickled herring of Brighton Beach, we New Yorkers enjoy unparalleled access to a diverse range of international products. But like most aspects of urban living, the reality of these pursuits is decidedly less glamorous than it seems: cross-borough schleps, narrow aisles, and snaking checkout lines have long been the hallmarks of any ethnic grocery adventure. Until now. 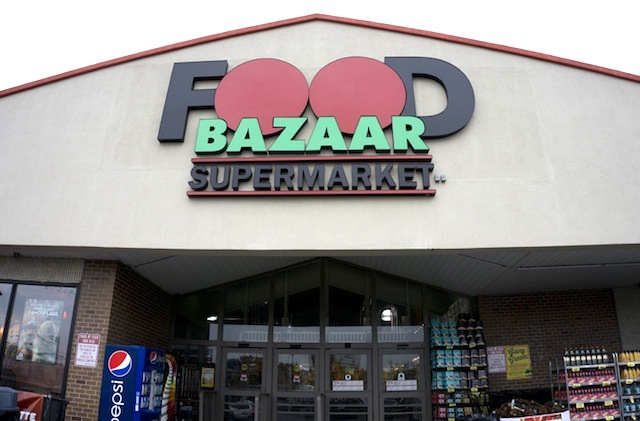 Located at 42-02 Northern Boulevard in Long Island City, Food Bazaar is quite possibly the only place in town where you will find radish kimchi, Turkish delight, Inca Kola, and gluten-free lasagna noodles all under one roof. Behind its cookie-cutter façade lies a trove of international groceries as heterogeneous as the city itself. 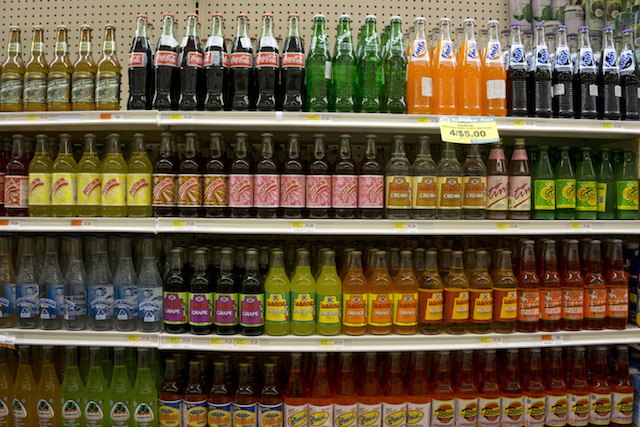 Although there are 13 other Food Bazaar stores throughout the city, none compare to the 75,000 square-foot behemoth in LIC.

Enter through the ample produce section, which carries Indian corn, cherimoya, and every species of tuber that has ever been discovered in the New World. 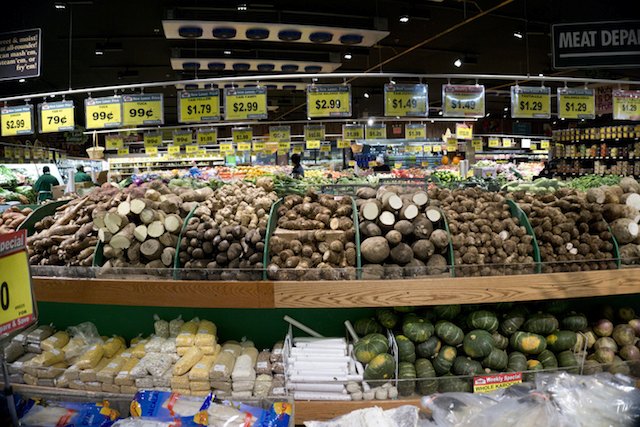 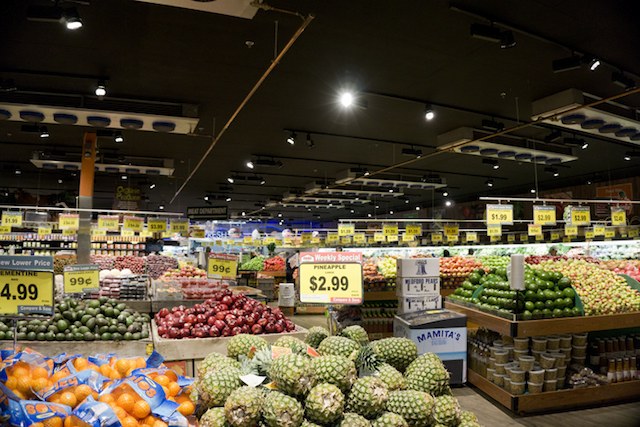 Get an idea of the massive produce section (Ania Kish / Gothamist)

Half of the store is dedicated to typical American groceries, while the other half consists of aisles organized by country. Boasting separate sections for Mexican, Puerto Rican, Argentinean, Brazilian, Ecuadorian, Peruvian, and Colombian goods, Food Bazaar offers what may very well be the most comprehensive array of imported Latin American products in the metropolitan area. 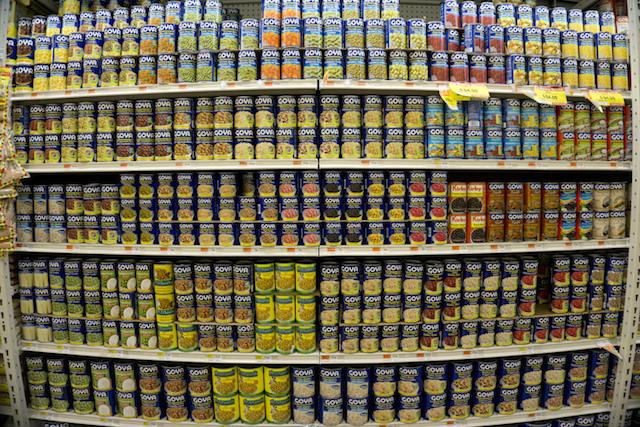 Given that the company’s founder was born in Korea, it is perhaps no surprise that the second largest demographic represented at Food Bazaar is Korean. Cruise the walls of ramen, cases of frozen dumplings, and giant tubs of gochujang pepper paste for all of your Korean essentials without the cramped confines of K-Town. 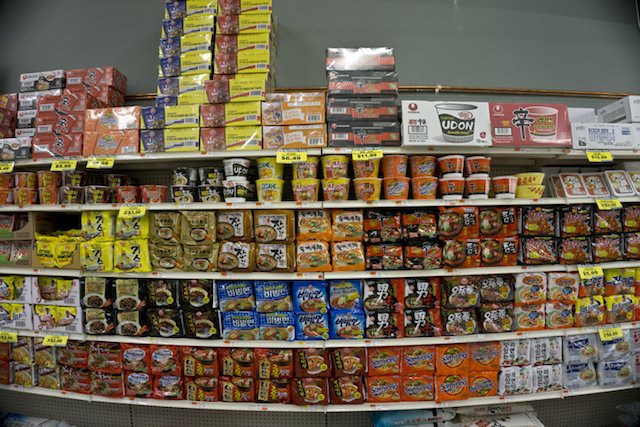 Try some brown rice cakes, which are dense, chewy, and marginally healthier than their white counterparts. When boiled up like pasta, these disks make excellent vehicles for a variety of Asian flavors, like Chinese black bean sauce or sweet chili. 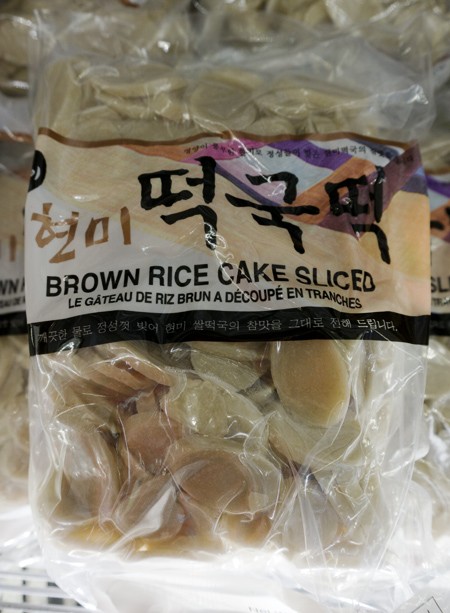 Those seeking instant gratification can also buy readymade kimchi, banchan (side dishes) and soups, although they are pricier. 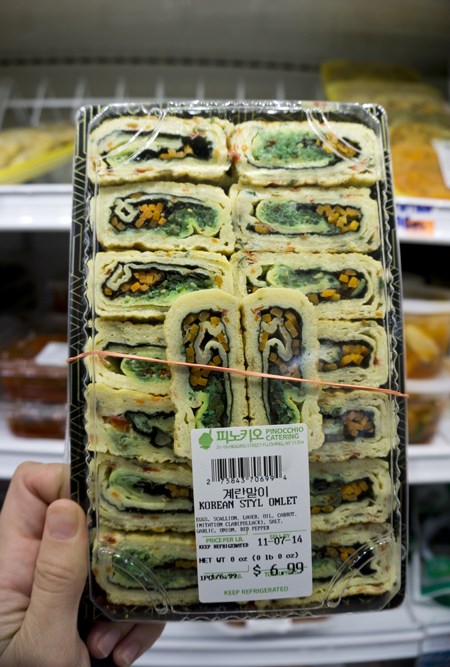 Wash it all down with some pomegranate drinking vinegar, a faddish Korean “health” beverage purported to improve one’s skin, physique, and energy levels. It’s like B.B. Cream for your mouth. 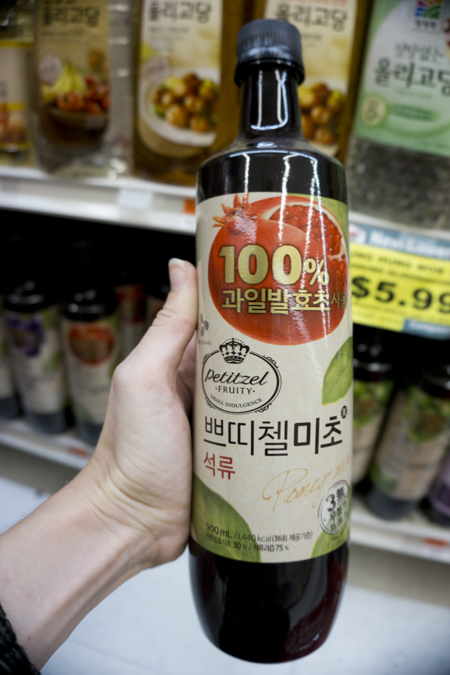 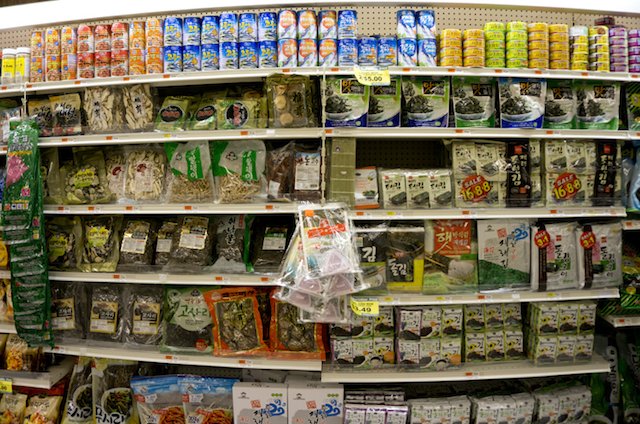 The founder of Food Bazaar lived in Argentina for many years and started the franchise to improve New Yorkers's access to Latin American groceries. As a result, we get to peruse multiple rows of dulce de leche. Much like peanut butter is to the United States, this creamy caramel spread is perfect to have on hand for toast and existential crises. 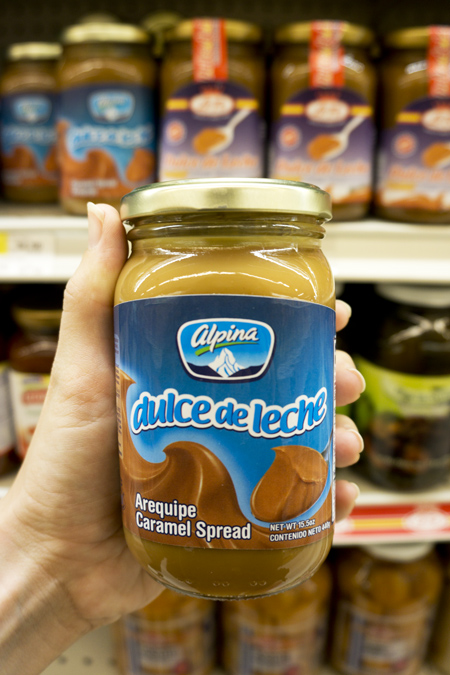 The dairy section carries numerous shelves of queso fresco, cotija, and mimosa. Not to mention the 13 country-specific iterations of sour cream. Mayonnaise enthusiasts will appreciate the tang of crema guatemalteca, whereas traditionalists might prefer the fresher taste of crema mexicana, which could also stand in for crème fraîche. 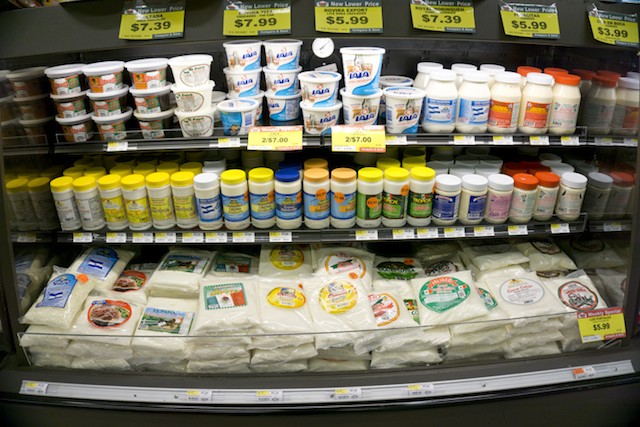 Over in the freezer aisle you can find everything from intoxicating durian to Andean corn. Not to be missed, however, are the Latin American fruit pulps, which make for exotic smoothies without the “superfood” price tag. Particularly palatable specimens include guanabana (which tastes like pineapple and strawberry), mamey (which has a creamy texture), and maracuya—also known as passion fruit. 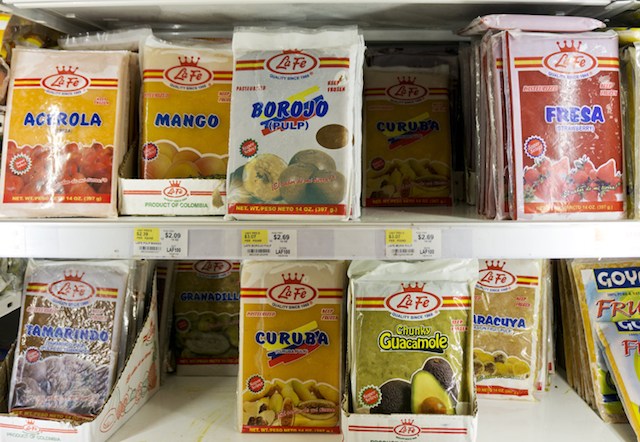 Another freezer standout is the pão de queijo, spongy cheese rolls that puff up in the oven and taste like they’re straight out of Rio. 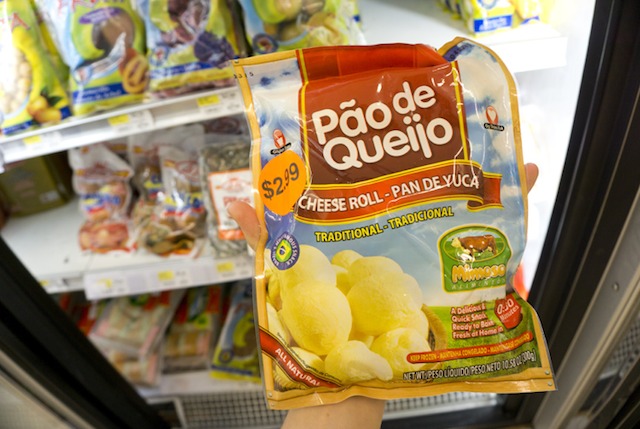 Farther afield you’ll encounter aisles containing Chinese, Japanese, Thai, Caribbean, Indian, Greek, and Polish items. While these selections are comparatively modest, they are also full of unique finds. Tucked within the West Indian section, for example, is a curative Jamaican tonic called “Bedroom Bully” (which is now taunting me from the back of my fridge). 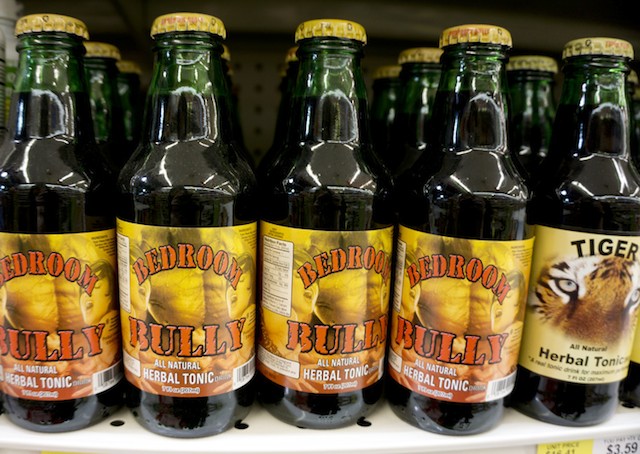 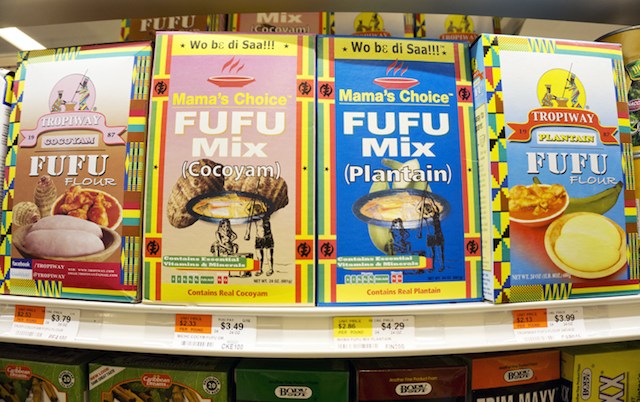 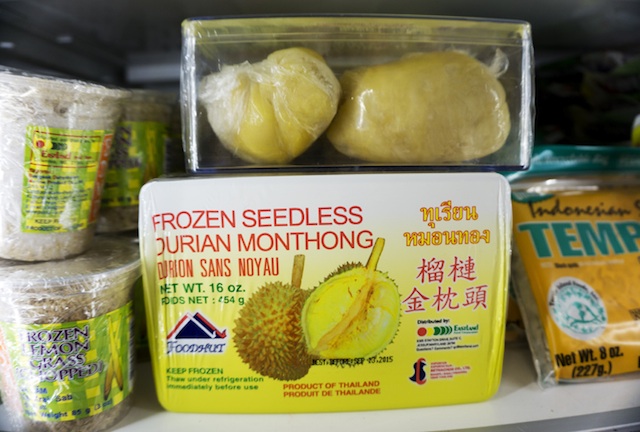 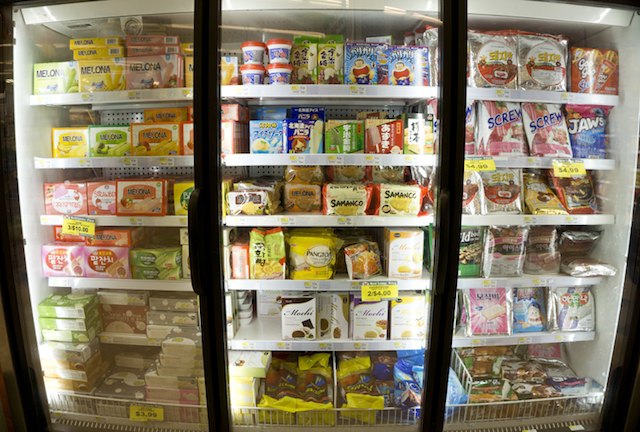 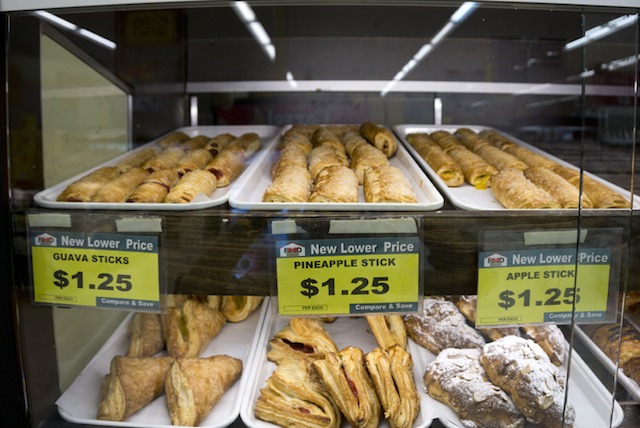 Ania Kish is a writer and grocery store explorer living in New York. She writes about her adventures at Intrepid Pantry.