New York City has long been the domain of supermarket, farmers markets and stock markets. But some urban farmers would prefer to turn SoHo into sow-hoe and reclaim empty, unused city space for the sake of fresh, uber-local produce. Now, a new multimillion development in Staten Island will house NYC's first live-in urban farmer.

Zaro Bates has been hired as the resident farmer at Urby, a 900-unit, $150 million development in Staten Island's Stapleton neighborhood. She's described by the Post as "a Brooklyn woman with extensive urban farming experience, [who] will get a salary of around $40,000 and a free apartment." Bates will be in charge of growing herbs, greens, cucumbers, eggplants, peppers, and heirloom tomatoes on a small farm at the Urby site, and will also tend to rooftop beehives and a composting operation.

Bates's bounty will be stocking the shelves at an on-site Coffeed outpost, and will also be sold to tenants at Urby's on-site grocery store. She'll also be in charge of organizing volunteer farmhands, which will both teach local residents the value of growing one's own food and provide free manual labor for management. Everybody wins! Here, try this radish!

The Post reports that "plans call for a full-acre farm in another year or two." Let's have a look at some home-grown renderings! 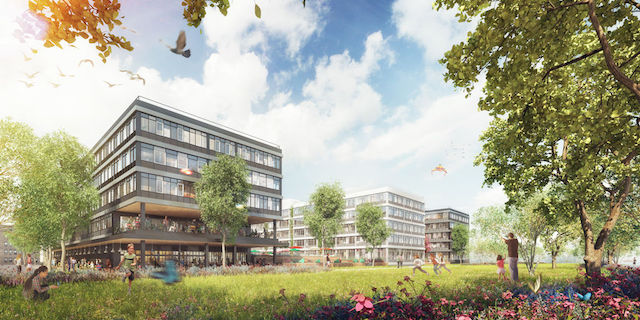 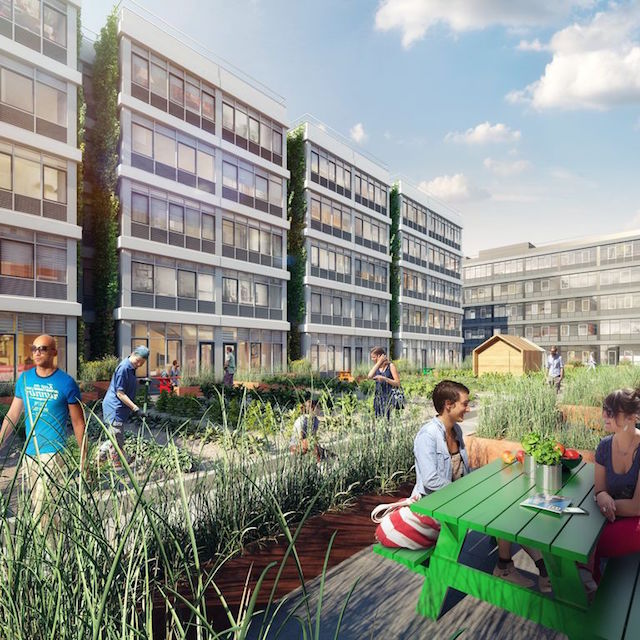 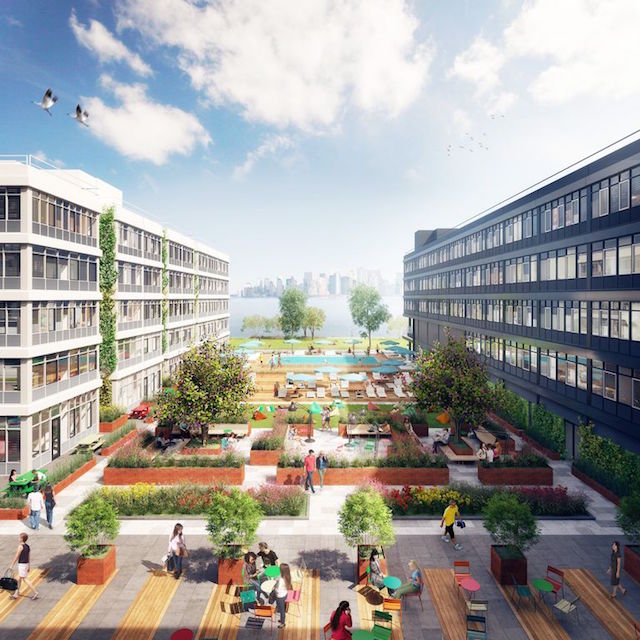 Studio, one, and two-bedroom apartments at the Urby development will reportedly rent for $1,700-2,700 per month, but Stapleton has nothing to worry about according to Coffeed's Frank Raffaele. "People keep asking, is this the next Bushwick? The next Williamsburg?," he told the Post. "I say no, it'll be its own vibe." Raffaele's statements hint at worries over gentrification—worries that are not misplaced. Urban agriculture has exasperated already dire housing prices in places like San Francisco and Austin, Texas.

"Having a real farm there is a whole lot better than an ugly piece of grass," Ed Pollio, co-owner of 5050 Skatepark, which is located close to Urby's soon-to-fully-functional-farm, told the Post. "But the developer seems to be thinking this is Manhattan or Brooklyn. I'm not so sure Staten Island is ready for that."

#Stapleton
#staten island
#urban agriculture
#urban farming
Do you know the scoop? Comment below or Send us a Tip