Staten Island Gets A Brunch-Only Restaurant, Opening This Weekend This weekend, the world's most persecuted meal—tacked on as an afterthought or necessity at some restaurants—makes its grand debut front and center as the meal du jour every day at Project Brunch. It might surprise some to find out this spot isn't opening in Brunchlyn or neighboring Brunchatten, but on Staten Island, where owners Jodi Guagliardo and Nicholas Granata are betting big on the typical midday meal.

In a way, their experiment has already been a success, as the restaurant has a significant online presence before even opening, boasting over 3,000 follows on Instagram since launching the account two months ago. "Mostly what I can't get over is the response on social media—people look forward to my daily posts," Guagliardo told SI Live back in February, when their following was even more modest. The account features mostly food photos, like their plentifully-topped waffles and pancakes and their speciality drinks, which seem to have taken a page out of the viral milkshake handbook. 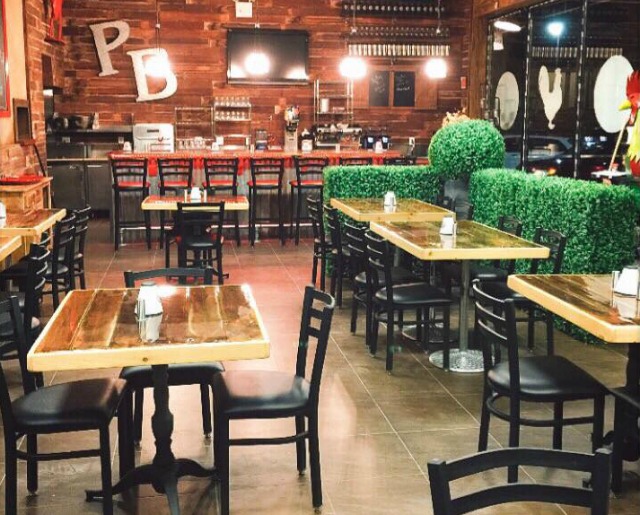 The restaurant won't just focus on gut-busting sweet dishes, or enormous platters of corned beef hash—though both will be on the menu. Guagliardo promises more lunch-skewing items like chicken salad and pulled pork sandwiches, and even more healthful options like their "Cali Sandwich" with grilled chicken, arugula, alfalfa sprouts, tomatoes and avocado topped with honey mustard aioli on whole wheat multigrain and a build-your-own salad option. "We have a small chest freezer for ice cream but everything else is fresh. All the sauces and dressings are made from scratch," Guagliardo says.

Unlike most restaurants, which only offer a weekend brunch, Project Brunch will operate daily beginning at 6 a.m. and closing daily at 3 p.m., making it more of an cafe with a breakfast bent. But for people working alternative schedules, it's a way to get a waffle fix outside of visiting a diner for whatever powdered version they may be offering there. One thing they won't have: brunch staple cocktails like bloody mary's and mimosas. There's no alcohol on the menu as of opening, but it hasn't been ruled out for the future and, given the driving culture on the Island, probably best left alone anyway.

#brunch
#charleston
#new restaurant and bar radar
#project brunch
#staten island
#original
Do you know the scoop? Comment below or Send us a Tip