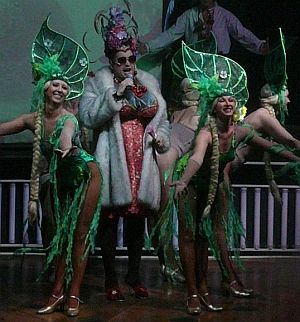 State senator Carl Kruger, an outspoken critic of Mayor Bloomberg’s plans for Coney Island, is now accusing the city of “extorting” $68,000 from the owner of Tatiana Restaurant and Nightclub, a popular Russian nightspot on the Brighton Beach boardwalk. Tatiana Varzar lost her restaurant in a massive fire in 2003 that authorities believe was caused by homeless people living under the boardwalk.

The Post reports that Varzar has since used insurance money to reopen her establishment, but the city took her to court for the $231,401 it cost to rebuild the boardwalk. According to Kruger, Varzar’s boardwalk operating permit was withheld until she paid up – “even though the fire was caused by the city's inability to deal with a homeless crisis on the boardwalk.”

After threatening to shut her down for operating without a permit, Varzar finally agreed to settle, paying the city $68,000 out of pocket and another $50,000 through an insurance policy. But Kruger, who’s received $24,810 in donations from Varzar, and Brooklyn Borough President Marty Markowitz, who accepted $5,450 from the restaurateur in 2007, both say it’s wrong for the city to neglect the homeless and then demand others clean up the mess. And for $231,401, that new boardwalk better be flame retardant.