Whether it was a PR stunt or a legit "teach-in" on espresso, Starbucks shut down for three full hours last night to train baristas --leaving the 5:30 to 8:30pm coffee crowd out in the cold. Today they are back, with a new take on "the customer is always right" policy posted about their stores; it reads: "Your drink should be perfect, every time. If not, let us know and we'll make it right." Reportedly they'll also be introducing a honey latte soon; no word on whether the three hour espresso pouring course allowed time for the new beverage. 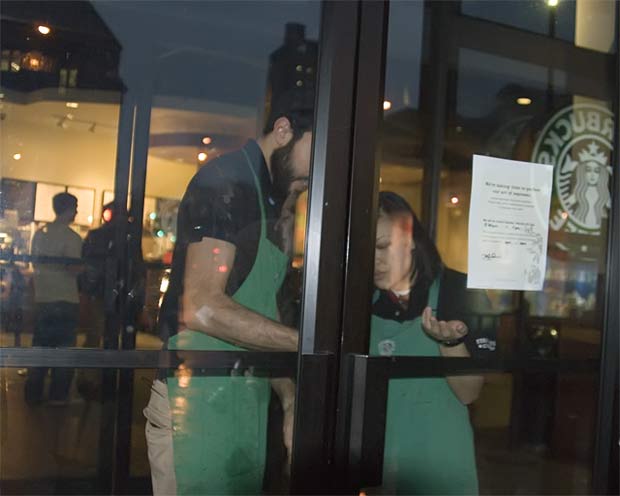 The AP tries to crunch the numbers, reporting "Starbucks wouldn't disclose how much revenue it stands to lose during the shutdown, but analysts say the financial impact will be negligible compared to charges the company will take as it closes about 100 poorly performing U.S. stores this year and pays severance to more than 200 corporate support staff it laid off last week." (R.I.P. 8th Street Starbucks.) 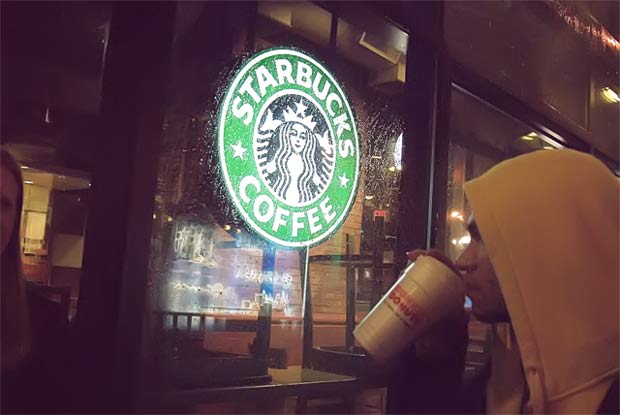 While the "story" drew attention to Starbucks, it brought big bucks to Dunkin' Donuts, who cashed in on their temporary closure. One UES store The Post talked to said they had a 10% spike in sales, though the paper notes they did cut the price of lattes and cappuccinos to a mere 99 cents during their competitor's closure.

What Dunkin' Donuts doesn't have is the Oscar winning indie film Juno for sale before any other outlet. Yes, come this April Starbucks will be selling the DVD, because nothing says caffeine like teen pregnancy?

#barista
#caffeine
#closure
#coffee
#dunkin' donuts
#dvd
#entertainment
#espresso
#juno
#starbucks
#The AP
#the post
#training
Do you know the scoop? Comment below or Send us a Tip