Korean fusion has been a hot label in recent years, thanks in no small part to several food trucks and market vendors dishing out bulgogi tacos and the like. Continuing in that trend, New Jersey-based Kimchi Smoke—who've been showing up at area food markets—will be bringing their version of "Southern Korean BBQ" to the Old Bowery Station at 168 Bowery beginning today at 4 p.m. 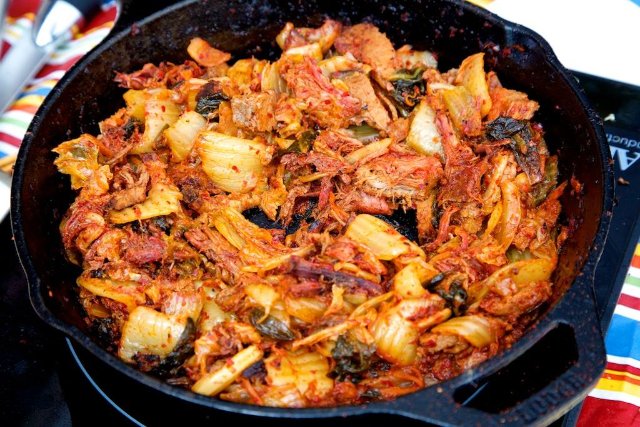 The pop-up will run from 4 p.m. to 10 p.m. starting today, running Wednesdays, Thursdays and Fridays through January 23rd. Dishes run between $8 and $13, depending on the dish; follow them on Twitter for menu updates as they're released. Here's a tentative schedule for the residency:

#kimchi smoke
#old bowery station
#pop ups
#southern korean bbq
#original
Do you know the scoop? Comment below or Send us a Tip