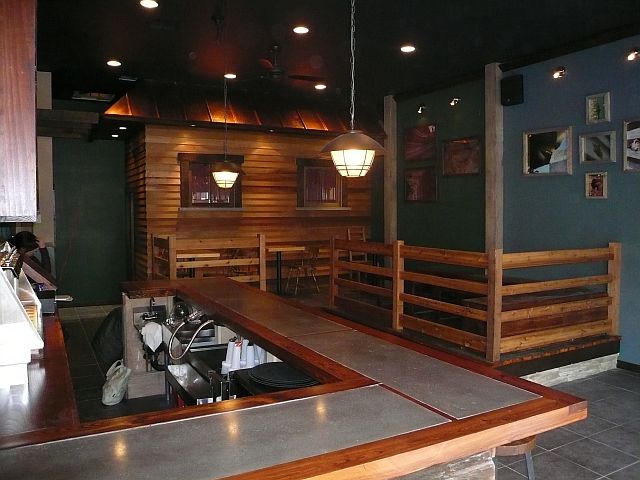 New York City's urban rustic trend keeps on trucking with the newest addition to Greenpoint’s ever-expanding nightlife scene, The Habitat. Housed in an old convenience store and built with lumber salvaged from as far away as Maine, the bar and restaurant will let Brooklynites savor back porch ambiance without having to breathe the air from the nearby sewage treatment plant. The kitchen is located behind what looks to be the exterior wall of a house, and a raised deck seems destined for late-night bluegrass jams.

Chef Ashley Engmann, former manager at Park South and cook at Lotus, is putting the finishing touches on a mostly-American small plate menu, though her specialty is said to be her empanadas. A pecan mandarin salad, a twice baked potato, cheeseburgers, sandwiches and other late night snacks are also planned.

The yellow pine bar, salvaged from an old mechanic shop, is irreverently topped with cement in the center, and 12 beers, mostly microbrews, will be on tap, as well as wine and spirits. Note the future tense; though work is all but done on The Habitat and the liquor license has been approved, the owners are still waiting on that Certificate of Occupancy – they hope to make it legally habitable by the end of the month. (Another angle after the jump.) The Habitat, 988 Manhattan Avenue, between India and Huron, Greenpoint, Brooklyn, (718) 383-5615.

Is a new bar or restaurant opening up in your neighborhood? Let us know about it; send an email to tips (at) gothamist.com. 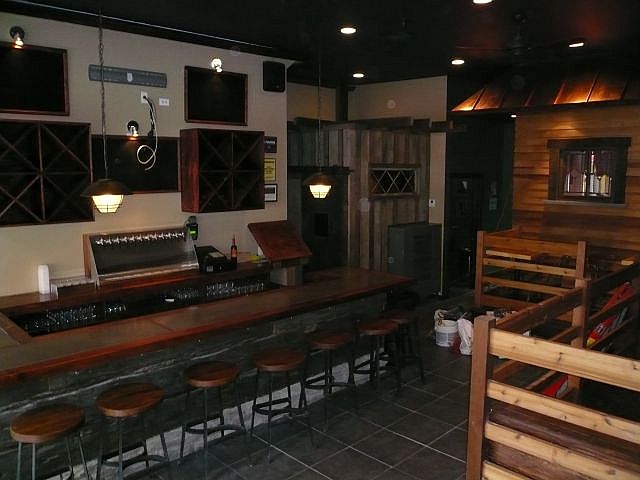 #bar
#greenpoint
#new
#opening
#restaurant
#The Habitat
Do you know the scoop? Comment below or Send us a Tip