New Jersey cops are on the hunt for two individuals who allegedly absconded with multiple cases of Red Bull worth $800. Several Wawa convenience stores were targeted in the heists, which took place over the weekend along Route 27 in the Toms River between 4 p.m. and 5 p.m., according to the Daily News. Gotta have something to fuel those late-night Jersey raves!

Surveillance footage captured the alleged thieves; a woman served as an outdoor lookout while a well-dressed man did the heavy lifting. The camera caught a man in a black suit with a clipboard, cell phone, and suitcase entering the storage room and then leaving three minutes later lifting a heavier suitcase. 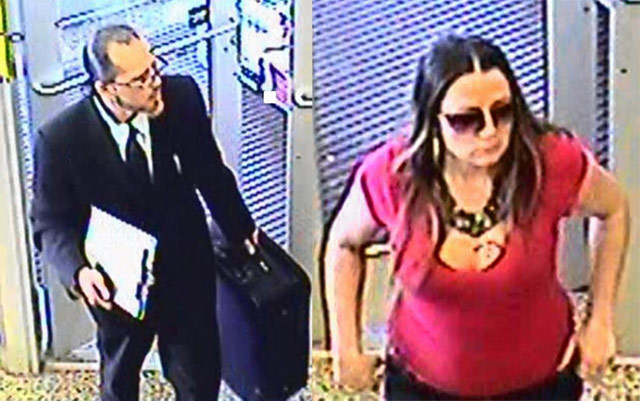 Cops describe the male perp as having "slicked back brown hair, a receding hairline pulled into a ponytail and a thin, chinstrap-style beard which may be greying." Yeah that sounds about right. The woman boasts a sexy left breast tattoo and shoulder length brown hair. They're believed to be driving an old Dodge Durango pickup.

#energy drinks
#new jersey
#red bull
#robberies
Do you know the scoop? Comment below or Send us a Tip