The lines at city Shake Shacks have been notorious since the burger giant's inception—they even had to install a freaking webcam at their flagship location so you could get a sense of how bad the line was. And while cluttering Madison Square Park with hoards of Concrete-seekers doesn't create the most pleasant environment, sidewalk congestion can create a vexing and even dangerous situation, which is what UWS residents are saying about the chain's Columbus Avenue location.

At last night's Community Board 7 meeting, where Shake Shack's enclosed sidewalk cafe was up for renewal, some community members expressed concern about lines from the restaurant cluttering the sidewalk, making it difficult for people to pass. The chain's second location offers seating in a glass sunroom space that pushes out into the sidewalk; when things get busy—as they do on weekends from visitors to the nearby American Museum of Natural History and weekly flea market—there's little room for pedestrians to pass without stepping into the street. 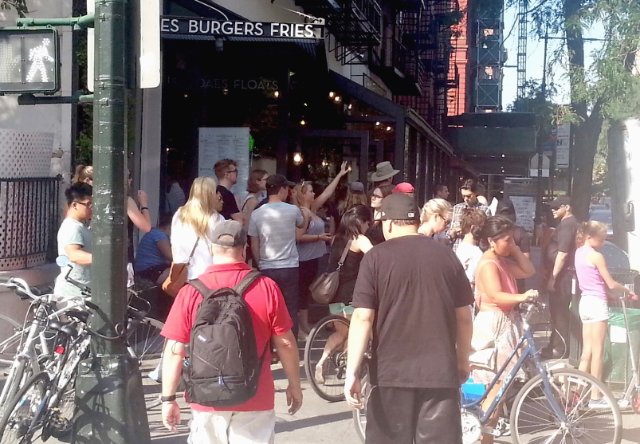 "I'm not anti-Shake Shack or anti-business whatsoever," explains community advocate Joseph Bolanos. "But I am for a safe and conscientious business environment in our community. So far, Shake Shack hasn't reflected that in the seven years of operation in our community." Bolanos was one of the louder voices at last night's meeting and went so far as to offer suggestions to the Union Square Hospitality Group, including the elimination of some seating and moving the kitchen downstairs to create more space. He also created diagrams he hopes will inspire change. 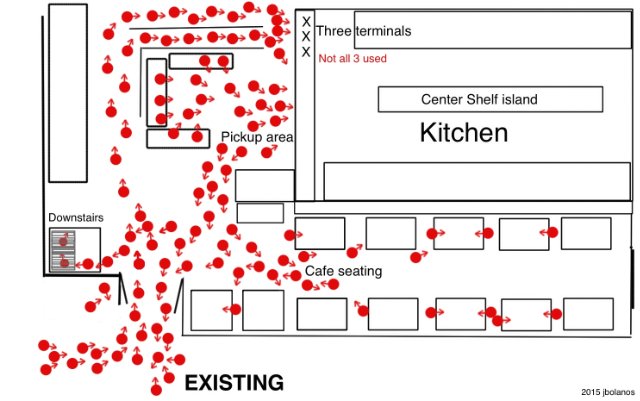 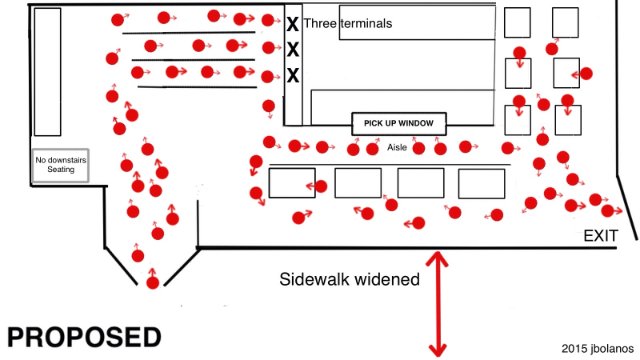 Shake Shack's Area Director Amanda Kale speculated that the loss of seating might lead to more loitering and congestion. There were concessions made, however. "We'll willfully admit when we're wrong, and we've failed in the past," Kale continued, referencing similar problems the chain vowed to fix two years ago when confronted by the community.

As a new measure, the restaurant has promised to install stanchions at the location and assign staff members to direct traffic and keep the line in check. They'll also install two new solar garbage cans on site to cut down on street trash on 77th Street and attend quarterly Community Board meetings to hear progress reports from locals. Their sidewalk seating renewal was passed at the meeting.

But Bolanos says there are still issues that need to be addressed, including a downstairs seating area he feels has an unsafe egress and other quality of life issues that could be remedied in a redesign of the seven-year-old restaurant. "It's a $100 million company. If you tell me that they can't close for a month and redesign, that's wrong," he said. "Danny Meyer, his mantra is make people happy. You want to make us happy? Fix it."

#community board 7
#lines
#shake shack
#sidewalk cafes
#Upper West Side
#uws
#why god
#original
Do you know the scoop? Comment below or Send us a Tip