Will & Grace returns to primetime this fall and in celebration, the Herald Square and Upper West Side locations of Shake Shack are offering two special milkshakes that celebrate two iconic duos from the show. The Will & Grace ($5.99) features cinnamon marshmallow frozen custard blended with Shack fudge, topped with whipped cream and cinnamon sugar; the Jack & Karen ($5.99) is a strawberry frozen custard shake blended with prosecco and topped with whipped cream, rainbow sprinkles and raspberry dust. Two dollars from every shake sold will be donated to GLAAD. The shakes will be on offering through October 1st.

As we wind down the days where being outdoors is comfortable, consider one last evening on the rooftop at the Biergarten on the Terrace event at Davio's Steakhouse in Midtown East. The restaurant has tapped Coney Island Brewery to provide some special beers, which they'll serve out on the 27th floor terrace that'll be transformed into a biergarten just for Friday evening. Coney Island will be pouring Freaktoberfest, Overpass IPA and other brews; the restaurant will be supplying mini chili dogs, fried pickles, lobster hush puppies and other bites. Tickets $55. 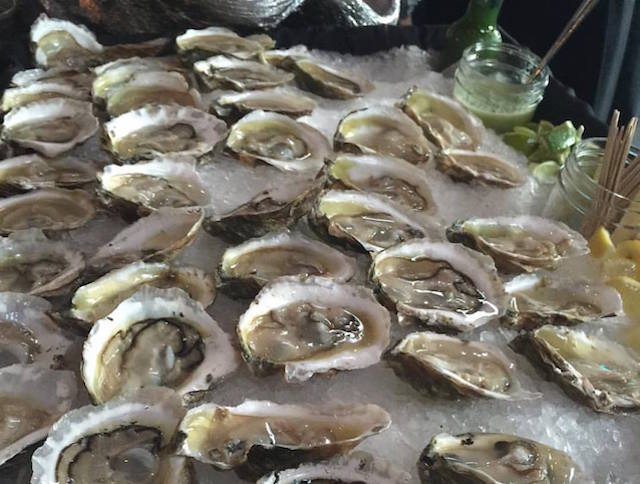 Through September 30th, celebrate New York Oyster Week, a festival of bivalve-centric events taking place in NYC and beyond. There's a big gala taking place at the South Street Seaport Museum on Tuesday that includes a cocktail hour and dinner; a Merroir + Terroir five course oyster dinner; and the 5th Annual Empire Oyster event, taking place at the recently-revamped restaurant at the McCarren Hotel & Pool in Williamsburg; among other events. 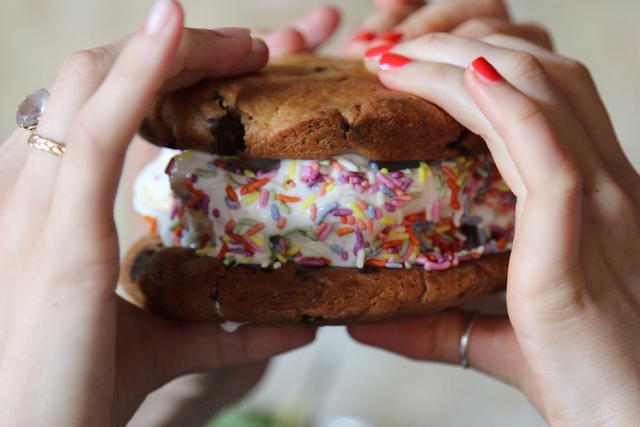 Alphabet City restaurant Boulton & Watt debuted a new late-night dinner and dessert menu for when the munchies call after midnight. Nightly until 3 a.m., stop by for Brats in a Blanket or a bucket of french fries topped with salt and rosemary. They'll also be serving the Giant Ice Cream Sandwich (pictured above $16), made with two Cast-Iron Chocolate Chip Cookies stuffed with vanilla ice cream then rolled in rainbow sprinkles and chocolate crispies.