Have you ever gone online to check a restaurant's health inspection score before making a reservation? Yeah, us neither. To make that information more transparent, in March, the City Health Department passed a law requiring every NYC restaurant to display a letter grade in their window corresponding with the outcome of a routine health inspection. Restaurant owners and their trade association, NYSRA, have voiced their concern that the letter grades—A denoting sanitary conditions, B for passing but less sanitary and C for really, really gross but given 30 days to shape up—will be "unfair and a black eye to this industry in the restaurant capital of the word." With the July start-date for the letter grades looming, we asked Sarah Klein, food-safety attorney for the Center for Science in the Public Interest (CSPI), to answer our questions.

Read her answers, pick a side, and mouth off on the NYC Health Department's comment page by May 26th.

Do you think it’s a bit misleading for a restaurant that fails health inspection will be labeled with a “C”? Isn’t “F” more appropriate? The NYC Health Department retains its full authority to close any food establishment that it deems to be a risk to public health. That does not change under the grading system. A “C” grade will indicate that a restaurant has received a significant number of violations, but that the health department does not believe these violations warrant its closure. These may be an abundance of non-critical violations, for example.

Right now, a restaurant that narrowly escapes closure gets to keep that poor performance a hidden shame. No one knows how closely it came to having its doors shut. Under this new system, consumers will know, and can make their dining decisions accordingly. This provides an incentive for the restaurateur to improve and get that grade up to a “B” or “A” on the next inspection. Right now, there is no incentive: all it needs to do is maintain that unsatisfactory performance to stay open, and no one is the wiser.

The letter grading system appears to have been successful in Los Angeles for 11 years, but how might the actual structural differences of NYC make the outcome of the grading system here different? L.A. doesn’t have 200-year-old buildings, for example, or much of a roach problem. Letter grading in Los Angeles as been hugely successful, both as a tool for consumers and as an incentive for restaurants to prioritize food safety. Although supporters of restaurant grading in NYC have looked to the successes of grading in LA, the NYC program is not a wholesale adoption of the LA approach. Implementing a similar program in NYC will have specific challenges unique to a city with restaurants varying in size, construction, food type, and more.

Regardless of these differences, the NYC Health Department is more than up to the task, and has considered these issues in drafting the guidelines for grading. Instead of simply transferring the program from LA, the NY grading system makes the current inspection scheme (with some modifications) transparent to consumers. Restaurants are under no more of a burden under this proposal than they have been under the current inspection standards; the primary difference is that the results will be more public. So the control of roaches and other pests, to use your example, will continue to be exactly as critical for passing a food safety inspection under letter grading as it is today.

Will the calculation of letter grades include what the Health Department rates that aren’t food-related? Like faucet leaks or burnt out light bulbs? The Health Department has been quite careful to create a letter grading program that truly reflects the safety and cleanliness of a restaurant kitchen. It’s important to note that some items that may appear to be simply cosmetic or unrelated to food handling (such as leaky pipes or broken ceiling tiles) may in fact contribute to food safety problems. And consumers can trust that health inspectors are not looking to penalize a restaurant for simply having a bulb burnt out--but they will be concerned if there are unshielded bulbs above a hot cooking area (shattering glass!) or inadequate lighting in areas where workers must see to perform safely, clean properly, etc. 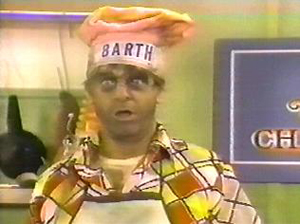 New York State Restaurant Association is really up in arms about this. How successful do you think the trade association will be or have been at causing adjustments in the legislation? It’s important to note that not all restaurateurs are opposed to restaurant grading. In fact, even famous chefs like James Beard Award Winner Tom Colicchio have spoken in support of grading. Even more notably, Tim Zagat of the Zagat Guide has supported the proposal in the New York Times. But there are those restaurateurs who would prefer to keep their inspections a secret. They are a powerful lobby, and may have some success in modifying proposals to regulate them. But the NYC Health Department is committed to public health and consumer informationand this proposal serves both.

There’s been a law in place since March that chains like Starbucks and McDonalds must display calorie counts on their menus, clearly for health reasons. Like the health inspection scores, calorie counts were previously only available online. Do you think this full-disclosure trend in legislation will continue to other parts of the food service industry? Where to next? Consumer advocates and consumers who are eager to know more about their food, like where it comes from, how it’s prepared, whether it’s safe, are pleased by the recent trend toward transparency in restaurant dining. Consumers spend a lot of money in restaurants, and deserve to be able to factor health into their dining decisions. Hopefully, this trend will continue.

Will the letter grading extend to places like school cafeterias? Should it? Letter grading under this proposal would not extend to school cafeterias. These facilities are inspected by the health department, and are required by law to post their inspection forms in a public place where parents and teachers can view them. Letter grading is less suited to school cafeterias—in part because students have no other choice. However, letter grading in the ‘retail world’ allows consumers the information they need to choose another restaurant, one performing better on its inspection. For schools, the cafeteria needs to be performing at that “A” level all the time because students have no other option for purchasing food during the school day.

Do you think the majority of the more that 24,000 NYC restaurants will receive an A grade when the policy is implemented in July? Or the minority? It’s difficult to predict what the results will be when the program first begins, but the L.A. experience provides a good indication that results will continue to improve as the program moves forward.This is attributed to the fact that once letter grades are posted, suddenly a restaurant’s food safety policy becomes as much a priority to the restaurateur and employees as the decor and the taste of the food.

Some restaurant owners warn that the policy will lead to an increase in health inspector bribery, since the stakes are clearly higher. What do you think of that? Health inspectors are public health officials, and they take that task seriously. In L.A., the health department responded to similar concerns with a rotation of inspectors, so that the next inspector was in essence “auditing” the previous inspector, and would thus catch anything suspicious. This rotation also prevents a routine of bad behavior on the part of the inspector or the restaurateur. But the specter of bribery is a red herring. What’s really at issue here is restaurants wanting to keep their bad inspections a secret, and the health department wanting to give consumers more information. And consumers deserve that.

Blue doesn’t scream, “eat here” to me any more than green does, or yellow. But the A is blue, the B green, and the menacing C is yellow. How were the colors associated with the grades chosen? Well, restaurateurs wouldn’t like a green (GO!) “A”, a yellow (CAUTION!) “B”, and a red (STOP!) “C”, would they?