As Governor Andrew Cuomo was alerting New Yorkers that the MTA would begin a shutdown at 7 p.m. tonight, his girlfriend, Semi-Homemade guru Sandra Lee, was Tweeting about her new show, Restaurant Remakes. But don't worry, she did have a message for those in Hurricane Sandy's path: "Good morning, get ur supplies if you in the N. E. ---and watch resturant remakes so u know what to cook :) pic.twitter.com/Fkuo9Djz" 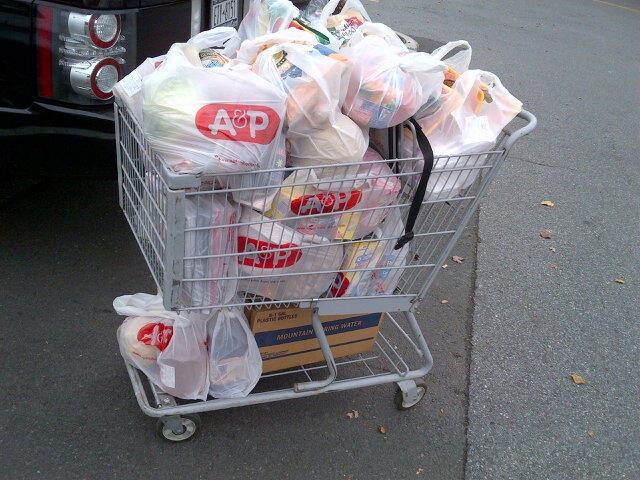 Did Sandra Lee buy out the A&P in Mount Kisco?!?

Lee's show focuses on the do-it-at-home versions of popular restaurant dishes. For instance, she mentioned a Manhattan Mexican chain, "OMG I ate more guac than is humanly possible at @DosCaminos. Try my re-creation. See Recipe: http://bit.ly/SpFRQs #remakes" And let's face it, WHO CAN RESIST CINNAMON BUNS: "You TRY to resist but you know you love cinnamon buns! Watch my simple remix. See Recipe: http://bit.ly/UT44By #remakes"

We have a feeling that Aunt Sandy would like us to pour one out for Hurricane Sandy, so here are her cocktail and mocktail recipes—plus some fun videos:

#food
#frankenstorm
#governor cuomo
#hurricane sandy
#sandra lee
Do you know the scoop? Comment below or Send us a Tip