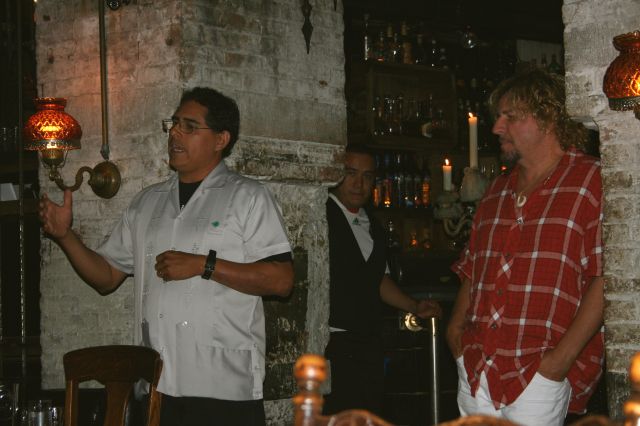 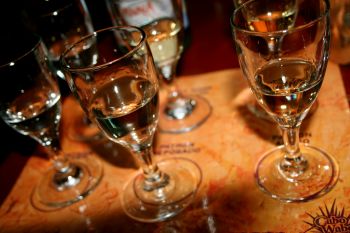 Move over Jimmy Buffet, Sammy Hagar was in town at La Esquina last night and he brought mucho Cabo Wabo tequila, and his flowing golden curly locks, with him.

Hagar's main tequila guy, Julio (when asked when he brought Hagar into the fold, he answered, "No, Sammy brought me on") was also by his side, and schooled those in attendance on what makes a good tequila (something about agave) in a competitive tasting wherein three Cabo Wabo's were compared with three Patróns. Secret #1: Sammy sort of liked the Patrón Silver better!

Liquor gives us loose lips, so on to Secret #2: Julio is starting his own tequila distillery and will one day compete with Hagar. It is unclear if the ex-Van Halen front man is aware of this.

Finally, and most importantly, Secret #3: After one or two shots, all tequila tastes the same.

#cabo wabo
#Julio
#la esquina
#patron
#sammy hagar
#tasting
#tequila
Do you know the scoop? Comment below or Send us a Tip