Rudy's Bakery, One Of The Best In Queens, Celebrates 80 Years With 80-Cent Pastries

When you enter Rudy's Bakery in Ridgewood, Queens, you can almost taste the Bienenstich and Black Forest Cake. The scent of the homemade sweets hangs in the air, and even seems to permeate the coffee, which we swear has a sweet creamy taste even when served black. The little German bakery on Seneca Avenue has been there since 1934, and to mark its 80th anniversary they're celebrating with 80-cent goodies.

The old timey prices will be in effect on October 25th (this Saturday) from 12 noon to 5 p.m., during Ridgewood's Seneca Avenue Oktoberfest Stroll. Offerings include: Jelly Donuts, Linzer Tarts, Blackforest Cake, Cheese and Cherry Strudel, and Danish, all priced at 80 cents per piece. 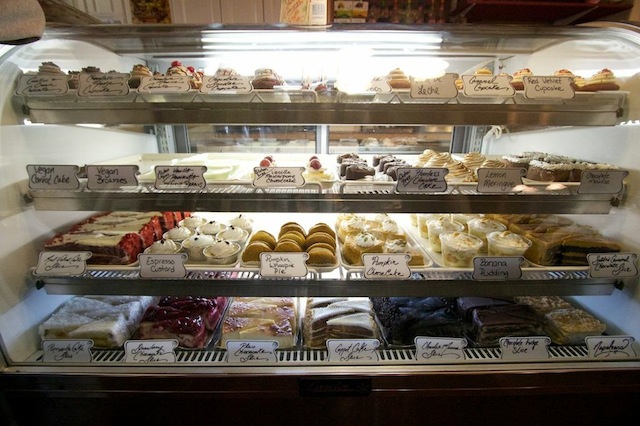 There will also be complimentary hourly tastings, a German Band, and Pumpkin Decorating for the kids, as well as a Pop-Up Library.

Antoinette "Toni" Binanti, who has owned the establishment since 1980 when her family took the business over from Kurt Schlegelmilch, says: "We love our customers and we're happy to provide them with the baked goods that they remember from childhood; so many have favorites that they share with their children who now have their own memories to impart. Though we have evolved with the times to offer new confections, we feel we're part of a tradition here and we're honored to play a role in the milestones of so many families with the cakes and other sweets that art part of their special occasions."

While you're in Ridgewood, check out some of the other offerings—here's our Food & Drink Guide to the neighborhood.

#queens
#ridgewood
#rudy's bakery
#original
Do you know the scoop? Comment below or Send us a Tip