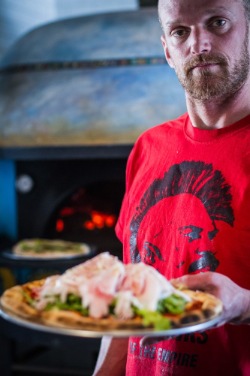 The Rockaways are known as a chillaxing spot for many a city escapist during the summer, but things were a little too laid back for the NYPD at one of the area's restaurants, where marijuana was discovered growing in the back yard. Cops arrested Whitney Aycock, pizzaiolo and owner of Whit's End on Rockaway Beach Boulevard, after two "suspicious" plants were observed by officers on Friday evening, according to the criminal complaint provided by the Queens D.A.

Aycock allegedly told cops the plants were herbs, like lemon verbena that he used for the restaurant, before pivoting and explaining it was actually catnip. Eventually, Aycock attempted to shift the blame, according to the complaint. "I buy the herb on [the] Nassau Expressway, so if it's anything that it's not supposed to be, then you shouldn't be speaking to me. You should be speaking to the people who sold it to me." Never trust the roadside herb, man.

Not one to be taken without a fight, Aycock—who was dubbed the "Pizza Nazi" by locals for his attitude about his pies—allegedly "flailed his arms and twisted his body in an attempt to avoid being handcuffed and placed under arrest," according to the arresting officers. As cops hauled him out of the restaurant in handcuffs late Saturday night, restaurant patrons apparently also joined in cursing out the officers, "gather[ing] around police officers, follow[ing] them around and curs[ing] obscenities at them."

Aycock has been charged with "growing of the plant known as cannabis by unlicensed person," obstructing governmental administration, resisting arrest and disorderly conduct. The arrest was first reported by DNAinfo.

As always, the F-bomb-loving eatery has found their own way to cope with the situation, leaving this message on their website: 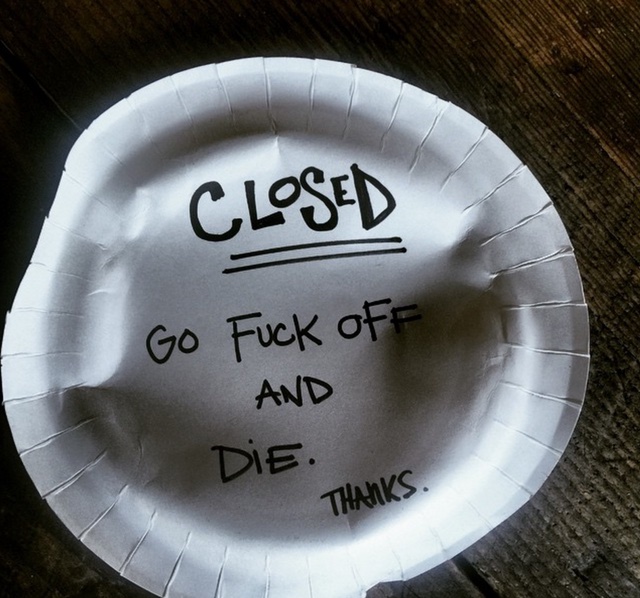