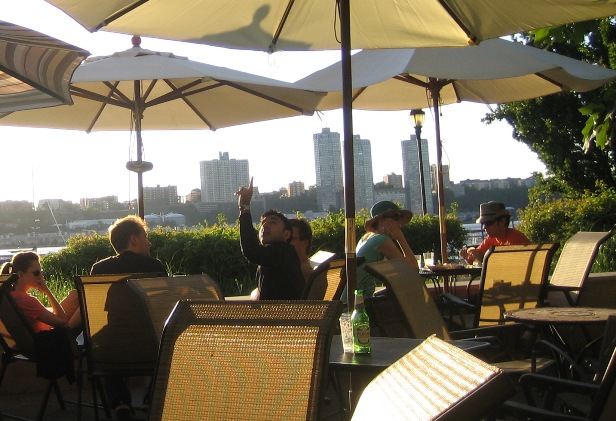 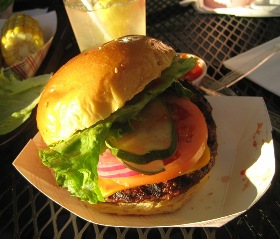 We are sad to hear that Pier I Cafe at Riverside Park South (around 70th Street, underneath the West Side Highway) was closed by the Department of Health. A reader visited the cafe on Sunday, only to find "a note saying they're probably closed for the season because the city said the bathrooms they had weren't good enough." The cafe had an open kitchen and bar, and the bathrooms were built in a temporary building, kind of a step-up from porta-potties.

CityRoom had some additional details from the DOH: Apparently there was a complaint and when inspected, "there was food that was contaminated, with flies and pigeon feces.”

Andrew Tucker, a Health Department spokesman, said the cafe had been inspected on June 11, apparently in preparation for a change in ownership. At that time, inspectors noted several violations, including food stored at incorrect temperatures, an inadequate hand wash and bare-hand contact with food. A follow-up inspection, on July 10, found more serious problems, including the lack of a food handler with the necessary food-protection certificate and the presence of flies and feces.

Eep. The Riverside Park Fund's website says the cafe is closed for the season!

The cafe was turning into quite the pit stop for runners, bike riders, and park visitors - it was more direct to stop there than the Boat Basin on 79th Street and all the views were great. And it was a convenient place to get a drink and snack, given all the Riverside Park South activities (for instance, tomorrow they are showing "The Searchers" on the pier). NYC Nosh gave the cafe the thumbs up last year. They really did have wonderful fries.