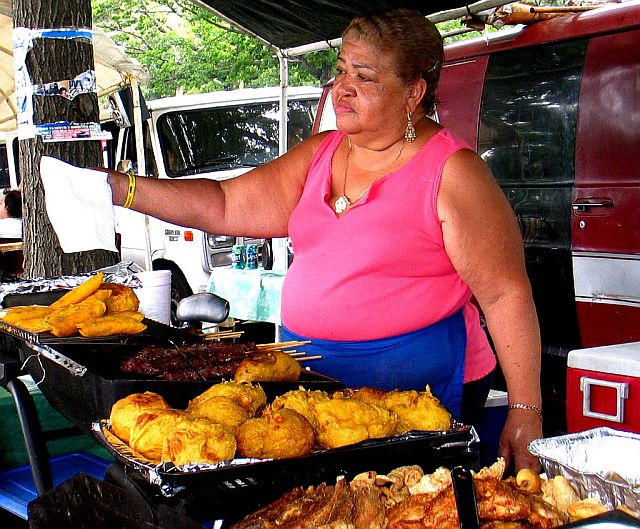 Over the weekend, hungry visitors to the Red Hook ball fields were disappointed to find that the famous Latin American food vendors were nowhere to be found. Back in March the Parks Department bent to considerable public outcry and dropped its threat to evict the longstanding vendors, instead granting them a six-year permit.

But it seems the permit approval process – which requires equipment upgrades estimated to cost $15,000 to $30,000 – have delayed the vendors’ appearance. Porkchop Express got Vendor's Committee director Cesar Fuentes on the horn to explain the situation:

“We cannot start until the city approves our permits [and these are] being processed as we speak. Unfortunately, that can still take a couple more weeks before we are given a go. Realistically speaking, we can probably expect to open Mid-June.”

In the meantime, some of the vendors have opened stands at the Brooklyn Flea, where Fort Greene shoppers can get their fill of huaraches and pupusas. And the Times’s Peter Meehan stopped by for a taste last week.