Recipe of the Week: Banana Guacamole 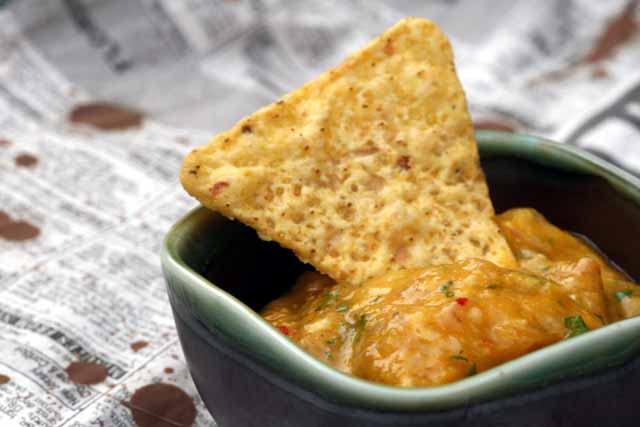 Kenny Shopsin of Shopsin's (read the background story here) just came out with a fantastic new book, Eat Me. More than a cookbook, it includes a wonderful collection of tales of the restaurant and his family, and a lot of insight into Kenny's views on food and cooking. The real value in the book lies in Kenny's explanation of how he deconstructs dishes and puts them together in unexpected but perfectly reasonable (once he explains them to you, that is) permutations.

Actually, Kenny's writing about how he creates dishes is a bit reminiscent of this conversation from Off the Bone about alienating falafel from its Middle Eastern context and thinking of it as a savory herb and chickpea fritter instead. And if that's not convincing enough for you, here you can find a post with a link to an mp3 of a cute little girl reading the full list of pancakes on the Shopsin's insanely long menu.

This dish is based on the bit in the book where Kenny mentions that he started making banana guacamole when he realized that green bananas are much like avocados, really. His recipe? Pick your favorite guacamole recipe, and use bananas instead of avocados. That's it.

Have any of you been to Shopsin's since it moved to the Essex Street Market, by the way? How's it doing there at the new location?

Mash the ingredients together with a mortar and pestle. Adjust seasonings to taste.

You could blend them instead if you prefer, but using the cruder tools gives you a chunkier, more satisfying texture.