THE VIBE
It was a real rollercoaster ride of an opening week for Randall's Barbecue on the Lower East Side. Owner and operator Jared Male, a veteran of Hill Country and Dinosaur BBQ, built up huge hype for his new venture with the help of enthusiastic media preview features, inviting Influencers in to sample (and Instagram) carefully composed dishes and sandwiches. He also partnered with several of his new neighbors for supplies, like Kossar's and Pickle Guys. Expectations ran high.

The interior of the place is inviting—like a throwback rec room or faux-divey bar, Randall's features raw wood, exposed brick, and retro flourishes throughout, including vintage lightbox beer ads and those old-school letter boards for menus. There's a bar on the right and communal, picnic-type tables on the left with tightly-set benches that require more agility to get in and out of than some of us can muster. You order at the register in the back, receive a number sign, and wait for a runner to arrive with your tray of food.

Here's the thing though, and this happens a lot: on the final, and most crucial, step of opening a restaurant—namely, feeding guests and making them happy—Randall's failed. Seemingly unprepared for the crowds he had so aggressively courted, Male and his crew ran out of menu item staples within 45 minutes of opening, and it took 90 minutes to order and receive my food. My tablemates, a group of six locals, were hangry as hell, and vowed never to return.

To his credit, Male switched things up. When I went back twice later in the week the place was nearly empty, and he had pulled a bunch of items off the menu (there's no more Pulled Pork, for example, nor the Clam Cakes that had received a lot of publicity), and 86ed all take-out until the kitchen gets its footing. There's still a frustrating lack of communication here, however, as people arrive and sit and wait too long for a server, or get up with their tray of dirty dishes seeking a bus station that doesn't exist. But there appears to be a bit more emphasis now on customer service, and hopefully they'll find their stride. 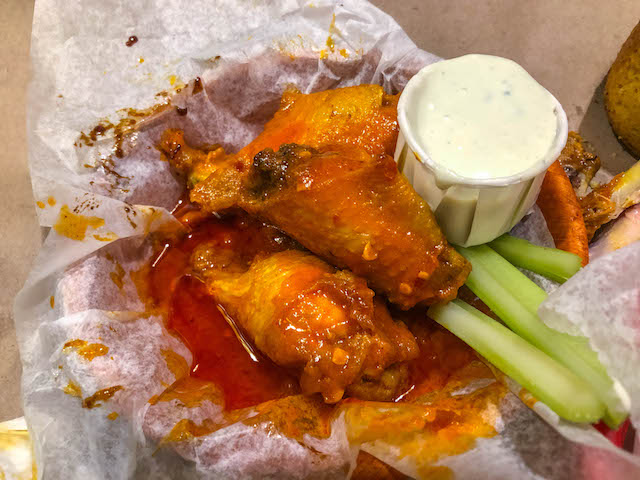 THE BITES
Overall, the food at Randall's isn't nearly as good as you want it to be. Given the chaos of opening night it might seem unsporting to talk about that meal, but since they so loudly publicized the event I think it's fair game. In short, it was terrible. The only flavor in the Brisket sandwich came from the slightly sour chicken liver I had added by upgrading to "Randall's Style." The Angry Wings, which weren't terribly spicy, were served in a pool of oil. The Mac and Cheese lacked that essential cheesiness, and the Corn Bread was just a $5 sand-dry muffin, with no butter or honey anywhere to help give it some life.

Things got a little better four nights later, when I was the first and only customer. The Five Spice Duck, which is sold by the pound and without the usual BBQ-joint slices of bread, was juicy and pleasantly gamey, with a welcome bit of crispness from the skin. The taste of smoke dominated the Pork Spare Ribs eating experience, but the meat itself was tender. My side of Smoked Sweet Potato turned out to be just exactly that: a single potato, baked until soft, sliced in half. It was ok, though it felt a bit unloved.

On my final visit I went back to the sandwich section of the menu, and was surprised when my just-fine Pastrami was served between two extremely basic slices of rye instead of the Kossar's bialy I had I seen on Instagram. No cole slaw either. Maybe you only get those if you go "Randall's Style"? Some things remain mysterious about this place. Finally, I left my Baked Beans mostly uneaten, as they were prepared in that leave-em-crunchy style that I don't enjoy.

THE VERDICT
It'd be great to have some reliable barbecue in this area, especially since Georgia's closed last spring, so I'm hoping Male and his team can pull it off. You might want to wait a bit, though, before trying for yourself. 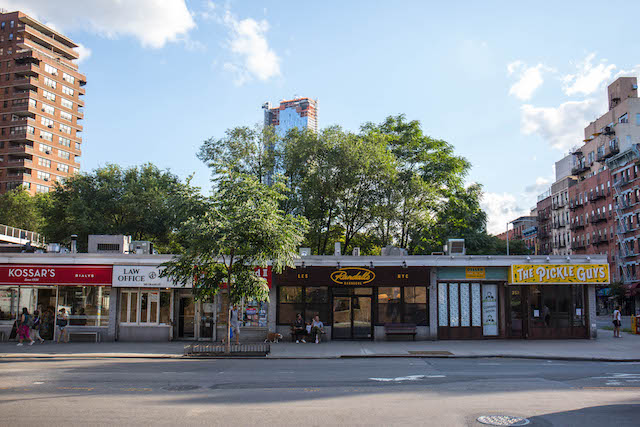 Randall's Barbecue is located at 359 Grand Street just east of Essex, and is open Sunday through Wednesday from 5 p.m. to 1 a.m., and on Thursday through Saturday until 2 a.m. (646-692-9980; randallsbarbecueny.com)

#LES
#Lower East Side
#quick bites
#randall's barbecue
#original
Do you know the scoop? Comment below or Send us a Tip
A new Gothamist is coming! We’ve moved comments over to our beta site. Click here to join the conversation and get a preview of our new website.