Following a quick DOB hiccup, Williamsburg's first "Flemish brasserie" will debut on Bedford Avenue and Grand Street on Friday. Witlof, the new restaurant entry into the neighborhood by Radegast Hall owner Ivan Kohut, has been in the works for about a year inside the infamous Williamsburg Bank, which was shut down in 1914 after the owner became insolvent, costing hundreds of immigrant workers' their life savings. Now, it'll be a place for the new well-heeled Williamsburg set to sip a saison before heading down the block to do some shopping.

What little we know of pricing seems to indicate a range on par with the current Williamsburg climate. (Kohut has not responded to repeated requests for comment.) Oddly, the current menu in the window whites out all but two prices; we know that the Cote de Boeuf and Goat Cheese Souffle will be $20, which seems staggeringly reasonable as both dishes are meant to serve two. A sneak peek earlier version of the menu listed a Mixed Field Side Salad at $20 and Salmon Rilette at $8, so who knows what the final outcome will be.

Having no context for what a "Flemish" brasserie would entail, the menu looks more or less like a French restaurant. Escargots, Steak Tartare and chacuterie boards share space with Steak Frites, Croque Monsieur and the ubiquitous Kale salad supplemented with frisee, bacon and a poached egg. 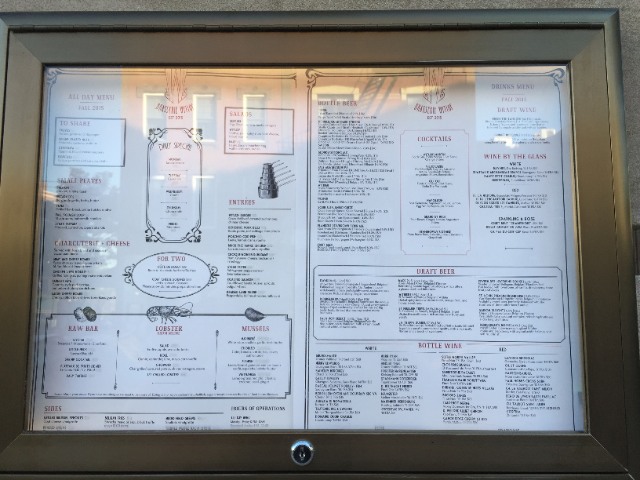 A few last-minute details were being seen to yesterday evening but the space looks more or less ready to go for opening day. There's a handsome-looking circular bar and a scattering of bistro tables and chairs in the small but unique corner space. Imported draft beers and ciders run between $8 and $12 with draft wines hovering at $10.

#brasserie
#new restaurant and bar radar
#radegast
#williamsburg
#witlof
#original
Do you know the scoop? Comment below or Send us a Tip