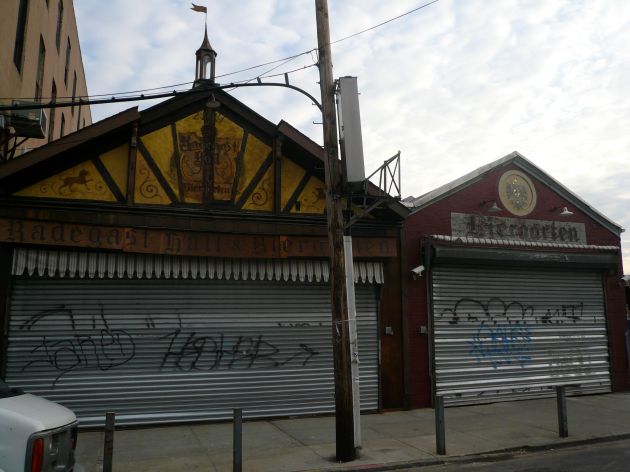 No news is bad news when it comes to the long-delayed opening of Radegast Hall & Biergarten, the new 2,000 square foot Williamsburg bar owned by the savvy Czechs who run Astoria’s Bohemian Hall. The establishment, designed to feel like a turn-of-the-century Austro-Hungarian beer hall, has been physically ready for business since Oktoberfest, but owners have been hung up on various permits and paperwork. The last hurdle was supposedly the certificate of occupancy, which was finally obtained this week, making an opening early next week or even today seem likely.

Nein, nein, nein. Reached by phone last night, co-owner Ivan Aohut – sounding not unlike a Slavic Francis Ford Coppola venting on the set of Apocalypse Now – described the hall’s status as “a horror story.” The latest snag has to do with some other scrap of Kafkaesque paperwork that Aohut needs from the Department of Environmental Protection. He did not go into details, but expressed frustration about “it being the kind of thing that would take a normal person a few minutes to get done but they take four or five days.”

If the lavish photo gallery in New York Magazine is any indication, it’s going to be worth the wait. The capacious Hall has 32-foot high ceilings, a 75-foot long bar and a giant garden area with big rustic tables, a seasonal grill and a retractable roof canopy. There will be some 13 beers on tap and unbeatable stomach-lining meals like roasted pork tenderloin garnished with prunes and porter beer sauce, served with potato dumplings and red cabbage. Just reading the menu makes us want to write a sternly worded letter to whatever government agency is tying this up; we’re tired of sitting here all dressed up in our lederhosen with nowhere to go!