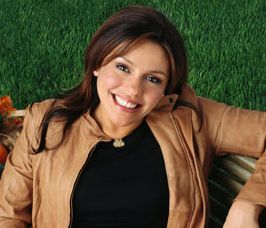 You may have already learned, with equal parts dread and anticipation, that TV personality and terrorist-scarf-wearer Rachael Ray is writing a memoir. Working title: EVOhno. Anyway, now it looks like she’ll have to add another chapter about eating disorders and workplace sensitivity, as an anorexic ex-employee has just filed a lawsuit in New York State Supreme court against CBS and The Rachael Ray Show.

Payroll accountant Aaron Ferguson, an admitted anorexic for the past six years, says he was driven from his job after he objected to nasty comments made by his boss, Mary Kelly, about the show’s slender executive-in-charge, Priscilla Taussig. During the four months he worked there last year, he claims his boss showered him with such aphorisms as “Anorexics are sick in the head,” “Anorexics should not be able to work,” and "Did you see Priscilla today ... all you can see are her sickly bones."

The most striking part of the court documents, obtained by TMZ, is the tone-deaf response from the human resources rep, who told Ferguson he needed to accept the fact that “TV is TV” and “that is how television works.” Ferguson claims that after he informed Kelly that her comments were creating “a hostile work environment,” she replied, “I can say whatever I want. It does not concern you… Are you giving your two weeks notice from today?” Later, they offered him $4,000 if he’d leave immediately and sign a waiver. Instead, he’s suing them for $1.5 million for disability discrimination.

#anorexia
#anorexic
#discrimination
#lawsuit
#rachael ray
Do you know the scoop? Comment below or Send us a Tip