Pure Food And Wine Employees Walk Out Over Unpaid Wages

[UPDATE BELOW] Upscale raw vegan restaurant Pure Food And Wine is currently embroiled in a massive battle with its employees. According to several tipsters, the entire staff of the Gramercy restaurant has refused to work yesterday and today because they haven't been paid in nearly a month. Currently, a group of about 10 employees, former employees and customers are picketing the eatery, with more expected to join as the day goes on. 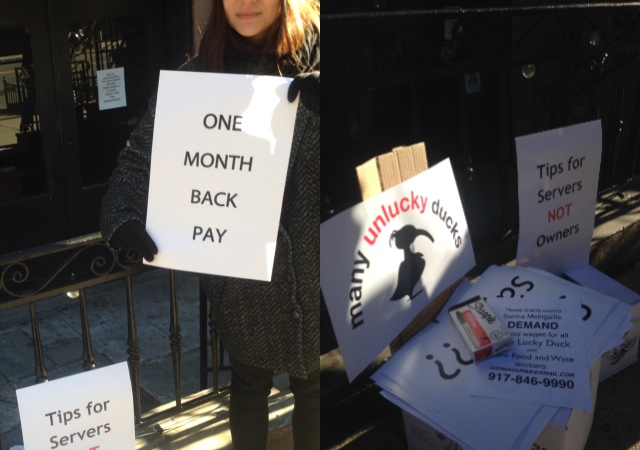 According to one former employee who would only speak on condition of anonymity, much of the staff hadn't been paid since they were owed checks on December 28th. The back of house staff—which numbers close to 40—threatened to walk out if they weren't paid by Monday; when the deadline passed, both back and front of house staff walked out and the restaurant closed for the day.

Troubles began in mid-December, when staffers received checks and then were told they wouldn't be viable. Some staffers were paid through petty cash but others have yet to see wages from that pay period. "In October and November, we started getting lots of calls and people coming in because we hadn't been paying our bills, even from months and months before," revealed a former staffer who also wished to remain anonymous. "We hadn't paid people who were supplying the produce."

Due to a kitchen flood, @OneLuckyDuck and @PureFoodandWine will be closed this evening. Please check back tomorrow for more information.

Restaurant ownership have yet to acknowledge the situation and have thus far not replied to requests for comment. 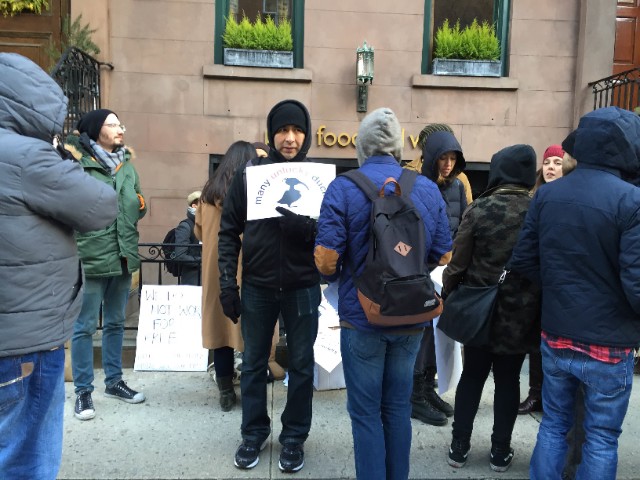 Update: A group of 15 people are currently outside the restaurant and employees have revealed this isn't the first time payment has been an issue. Back in July, employees were also allegedly denied paychecks, though there was an open line of communication with management and many employees were paid cash under the table. "There hasn't been any real communication [this time]," says Maiquen Saez, an eight-year server at the eatery. "It's nothing malicious, we love the restaurant. It's just sad."

"We're just kind of sitting idle," explains Kevin Connery, a runner for the past 20 months. "[This last pay issue] was really stressful." 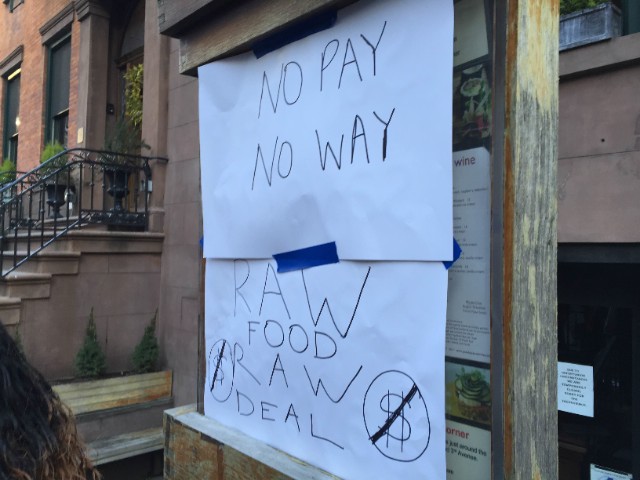 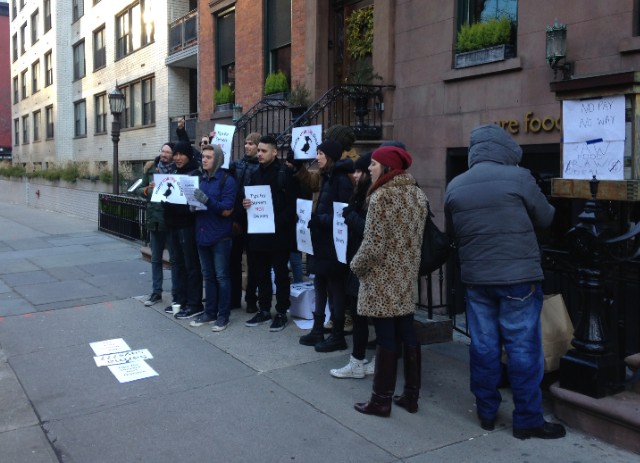 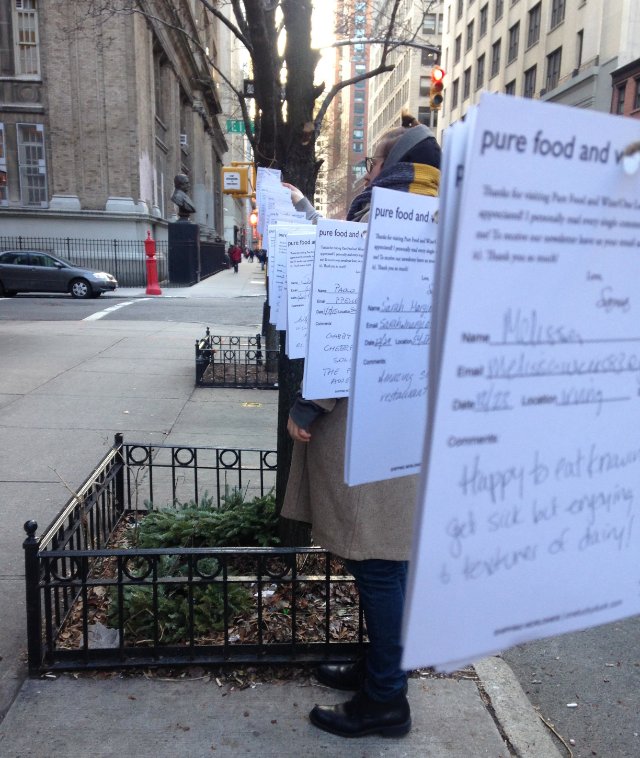 #pure food and wine
#sarma melngailis
#vegan
#wage theft
#walkout
#original
Do you know the scoop? Comment below or Send us a Tip