Cool Gowanus brewpub Threes Brewing has opened its large backyard for the season and also a series of new weekly specials with their food partner The Meat Hook. Mondays it's pizza night, with meat-based pies like braised lamb neck, tomato sauce, basil. Also on Mondays: porchetta. And fancy porchetta to boot, served by a tie-clad waiter with radicchio salad for $18. Finally, Tuesdays are a "themed" steak night, like "Gonzo New Orleans” (with lamb bacon hushpuppies and spicy creole slaw) for $25. 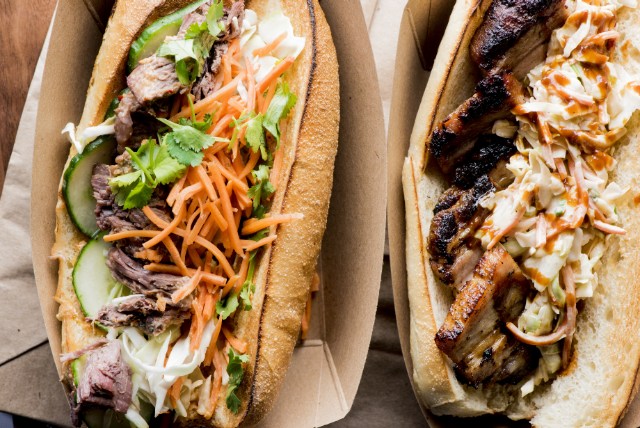 A second location of Vietnamese fast-casual spot BONMi opened last week at 119 23rd Street between Park and Lex and they're celebrating with 2-for-1 entrees Monday and Tuesday from 11:30 a.m. to 2 p.m. Swing by for dishes including the Red Eye Banh Mi Sandwich with red curry beef or the High Five Rice & Quinoa Bowl with five spice pulled pork.