With a pizza scene as flush as New York City's, it's difficult to find ways to innovate that haven't been burned to death by countless pie purveyors (see: Neapolitan-style). We're also a finicky bunch, often unwilling to accept outsider pizza styles—GTFO, deep dish—and quite content to revisit the same institutions time and again. Somewhere in the happy medium between these notions lies a style of pie that's both established but unsaturated, familiar in flavor yet intriguing in execution; it's called the bar pie.

This thin-crusted stye has been invoked in the city before—see Lee's Tavern on Staten Island as the closest example—but it hasn't made headlines in quite the same way as the puffy, wood-fired examples popping up just about everywhere. But that's kind of the point; grab a friend, grab a pint, grab a pie and relax. Nobody understands this ethos better than Adam Kuban, the Slice founder whose love of pizza has taken him from obsessively chronicling the city's offerings to being part of the process himself with his tasty pop-up called Margot's Pizza, named for his daughter. 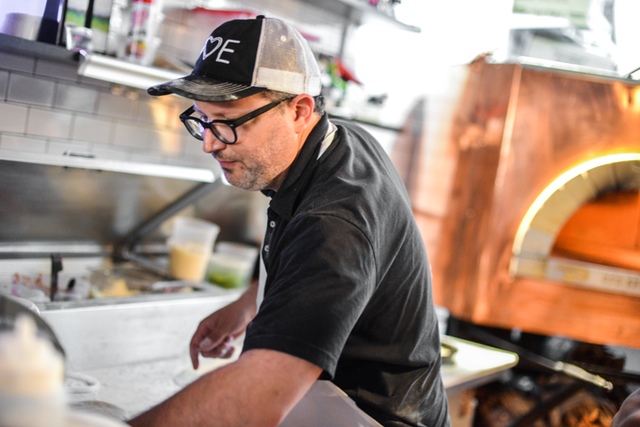 About one Saturday each month, Kuban's been taking over the ovens at darling Clinton Hill newcomer Emily, where he's popping out perfectly crisp bar pies during the lunchtime hours. For the uninitiated, Kuban defines the bar pie as "very thin crusted; decidedly crisp; well-done but not to the point of burned; large enough to share but small enough you could house one yourself." He's a man of his word, especially on that last count, as we found it difficult to stop inhaling our pie as soon as it was placed in front of us.

For the pop-up iteration, Kuban's been offering a few different options, including a Margot-rita with tomato sauce, Romano, cheese and some basil and oregano; the simple sounding combo has lots of salty bite from the cheese with the tomato and herbage adding some zip. The other vegetarian option is the Funghitown, a mushroom mix-topped pie given an extra dose of funk from truffled sottocenere cheese. Where truffle can sometimes overwhelm more delicate flavors, the mix works here, as the dairy helps temper the rich intensity of the prized fungus. 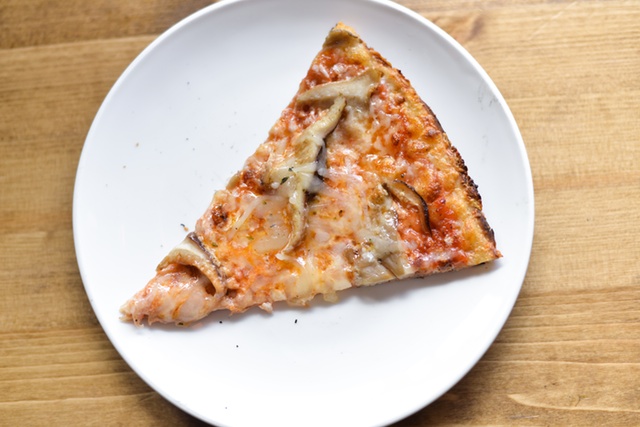 For meat loving folk, a Pepperoni pie topped with precious discs of spiced meat of a satisfyingly textured variety, plus the crown jewel of the operation: The Love Supreme. Seasoned chunks of sausage intermingle with thinly shaved red onion and finely chopped bits of green bell pepper. The medley of spicy onion with cooling pepper, plus the meaty bites of crumbled sausage, works very well; as the heftiest of the offerings at Margot's, it's easily a job for two, especially if you're nibbling on other pies as well.

It's a feat of engineering that the super thin crust can withstand the toppings. "The most dangerous one, though, is the mushroom pizza, because those are going on raw and they throw off a lot of moisture as they cook," Kuban explains. "I used to put A TON on there, but it could get soggy. Now it's a happy medium between MEGA SHROOM and, "Hey, not enough!" 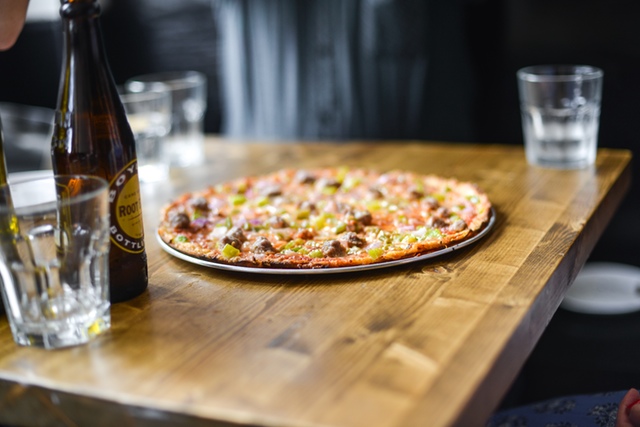 The outsides of the crust near a cracker-like texture that's further driven home by an additional dusting of Parmesan and mild white cheddar cheeses. "Mostly my end crust is inspired by Detroit-style pizza, which is known for having that perimeter of crisp, almost-fried cheese. That was really where my focus was for that, because those Motor City folks are pizza madmen and women," he says. But that's not to say it's just mimicry; "I took them as inspiration and found something that worked for me." For people who jumped at the gimmicky stuffed crust options of pizza chains, claiming pizza crust edges to be "boring," these pies are for you.

Talk is one thing, tasting for yourself another. Margot's Pizza continues its pop-up presence at Emily for the time being, with dates for the next four months listed on the website; tickets go on sale about a week in advance. However, in an interview with Eater co-founder Ben Leventhal, Kuban revealed plans to open a permanent Margot's Pizza sometime in the future. "Everything is open at this point because I haven't even started scouting," Kuban tells us. "I'd love to open in Queens so I could walk there from home, but I still have to look around for neighborhoods I can afford." Ultimately, Kuban's looking for an affordable neighborhood where he can stay long enough to "eventually deal with the landlord jacking the rent when it comes time for renewal."

#adam kuban
#bar pies
#emily
#margot's pizza
#pizza
#original
Do you know the scoop? Comment below or Send us a Tip