If you're sticking around the city this weekend, there are quite a few spots offering specials tailored to city-bound folk, who'll have all five boroughs to themselves for three blessed days.

If a bottomless brunch to forget that you're not at the beach sounds appealing, head over to Rocco's Tacos & Tequila Bar in Downtown Brooklyn, where you can gulp unlimited mimosas and bloodys for $12 if you also get an entree. Fuel up for the marathon booze fest with Benedict Azteca with chipotle crema, French Toast with agave roasted bacon or Steak and Eggs. 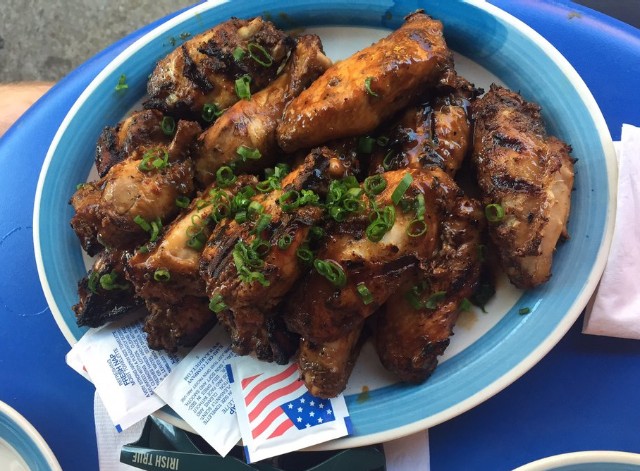 If a picnic's on your agenda, the East Village location of Miss Lily's 7A is doing a 7A Takeaway picnic box chock full of flavorful finger foods like jerk wings and crispy goat for wrapping in roti with all the toppings included for $112 bucks for 3-4 people. Call 212-812-1482 30 mins in advance of when you want to pick up.

Over in Williamsburg, The Camlin is putting their cheese selection to good use with Ploughman's Lunch ($13) takeaway packages including cheese, charcuterie, deviled egg, house-made pickles and Amy's bread. They're located just a block from the Williamsburg waterfront, so it'll be easy to scoot down to the river and imagine it's an ocean breeze down there instead of exhaust from boats on the East River. 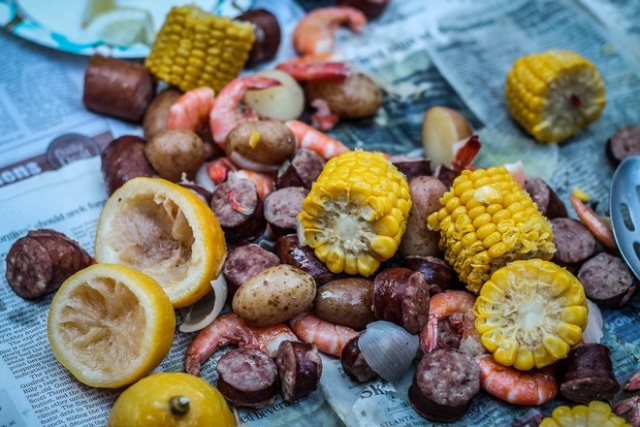 Afternoons spent picking through piles of seafood, sausage and slaw are what summer's all about, so LES eatery Birds & Bubbles is throwing a Low Country Boil this Memorial Day Monday to herald in the season. For $95 you get a table loaded up with shrimp, sausage, corn on the cob, seasonal slaw, freshly baked bread and lots more summertime treats. That ticket also comes with three glasses of sparkling wine and champagne (that's the Bubbles part of the name), plus snacks, starters and dessert. Monday's weather looks to be decent, so expect to sit in the restaurant's lovely outdoor patio.