Bleecker Street, MacDougal Street, and Greenwich Village as a whole certainly isn't what it used to be, back when bohemians ruled the roosts and Dylan was strumming his guitar at Cafe Wha?. These days, in place of the Village Gate you'll find a CVS, and over where The Bleecker Street Cinema was? A Duane Reade. The area does still have its charms, however, and a few businesses have survived the times-a-changin'. Caffe Reggio, which opened its doors at 119 MacDougal Street in 1927, is one of them.

Is it worth going to now? Yes, yes, a million times yes—please support these remaining businesses, who in turn want to preserve the area. The only thing that really screamed "tourist" to us while visiting over the weekend (our first time back since the 1990s), was their merch. When we asked the server if purchasing a cappuccino cup would be possible, she told us yes, but that they cost a lot of money. $90, to be exact.

Otherwise, everything looked and felt just at it had decades ago—there are the same massive paintings in ornate framework hanging on the walls, the ceiling still sinks down, the lighting remains dim, and everything was still doused in green and earth tones. The cracks spotted throughout the space give it all character, like a wise old grandma who's really seen some shit.

As for the clientele, there were some younger regulars with their books and laptops (free WiFi!), mixed in with an older crowd—and the art of conversation was very much alive, as tables of people dared to talk to those at neighboring tables! Next to us was a huge family spanning generations, holding court in the shadows of the cafe's circa-1902 espresso machine. They told us they were all visiting from different parts of the world, in celebration of a birthday—they were enjoying a mimosa-fueled brunch and keeping the place filled with laughter.

Some fun facts about Caffe Reggio: 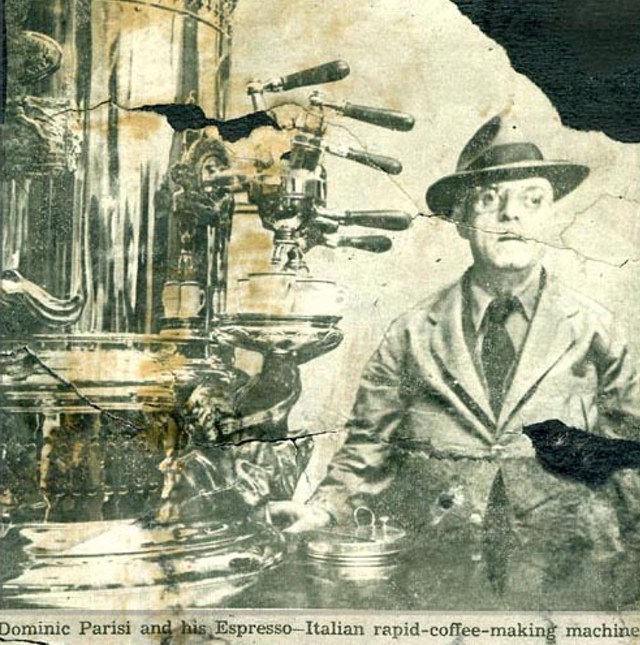 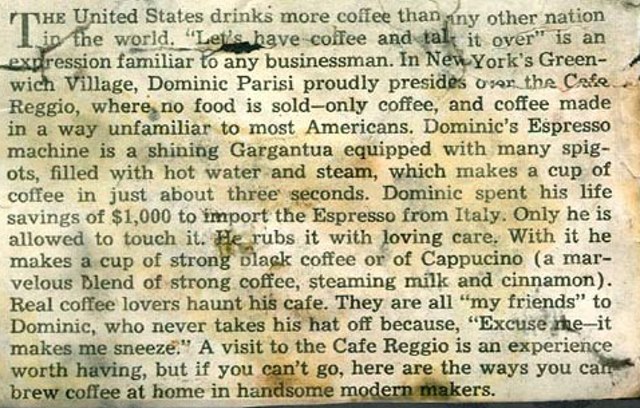 Check out the video below, and when you go, try to get the window table.

#caffe reggio
#coffee shop
#greenwich village
Do you know the scoop? Comment below or Send us a Tip